One of the 'ghost boats' from North Korea.   © Kyodo
Politics

TOKYO -- With a record number of wooden boats drifting into coastal areas, the Japanese government is bolstering patrols and other measures to better respond to what are believed to be illegal fishing vessels from North Korea.

A total of 83 such vessels have been discovered so far this year as of noon Wednesday, the Japan Coast Guard says. Fifty-two of them turned up since the beginning of November, when northwestern winds start blowing harder over the Sea of Japan. 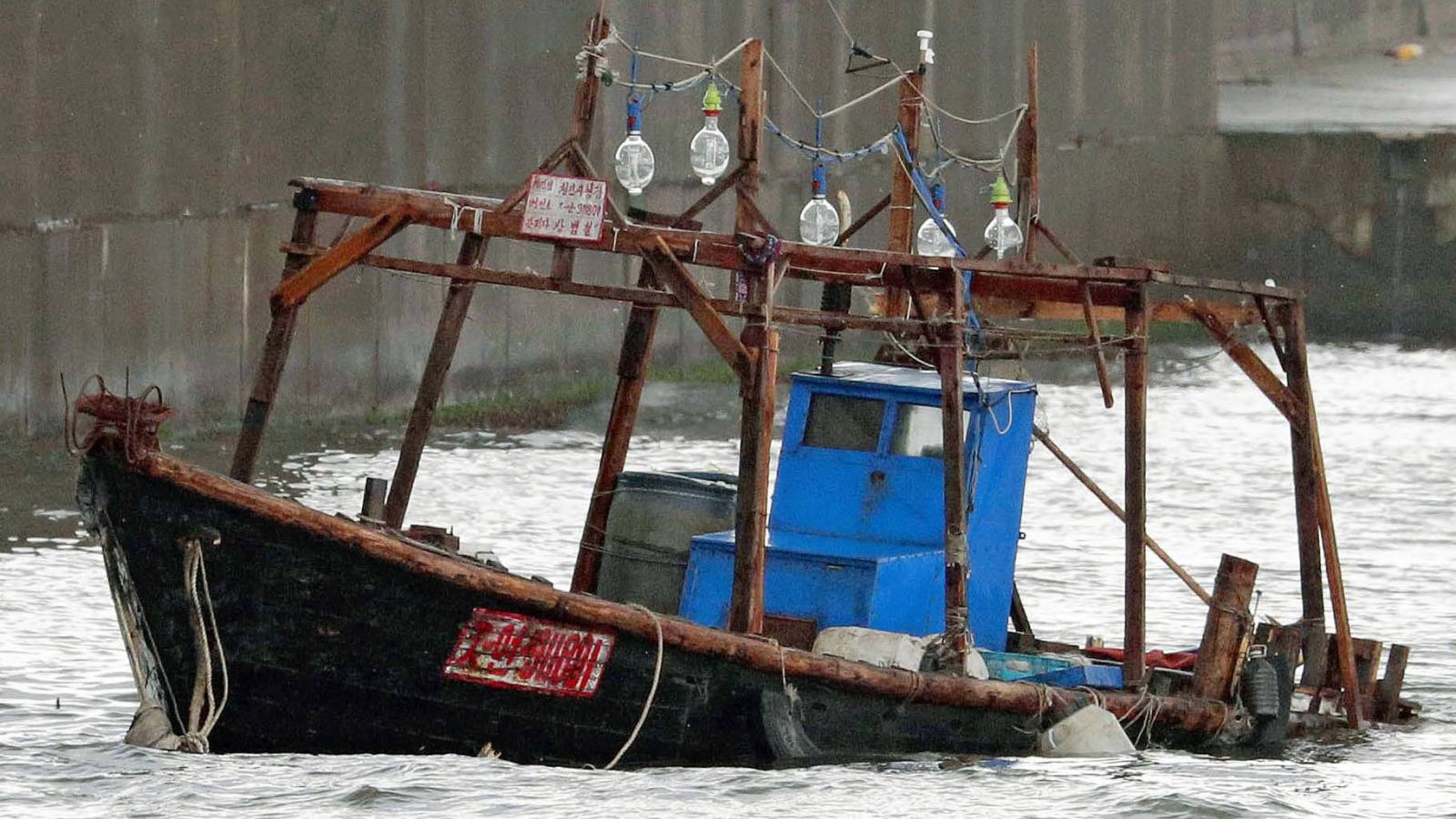 Crew members were found alive in five of these cases, another record since the Japanese government started keeping track of the numbers in 2013. In one incident, the crew stole appliances from an emergency hut set up for fishermen on an uninhabited islet off Japan's northernmost prefecture of Hokkaido, stoking concern among nearby residents.

At a meeting of the ruling Liberal Democratic Party Tuesday, Prime Minister Shinzo Abe vowed that the government will do whatever is necessary to address the issue. He created a response team under Fumio Kishida, head of policy research for the LDP. The government and LDP suspect that most of the vessels are North Korean fishing boats that drifted off while illegally operating inside Japan's exclusive economic zone, and are seeking stronger measures to keep them out.

North Korean boats are known to illegally catch squid and crab in ocean banks within Japan's economic zone. The Coast Guard used to monitor the Sea of Japan mostly by air, but it has deployed patrol ships to the waters since July. The Japanese government plans to send in more such vessels under the Coast Guard and the Fisheries Agency to crack down on illegal fishing.

Wooden boats are harder to spot by radar, a Coast Guard source said. Because of the bad weather in the Sea of Japan during winter months, patrol ships may not be enough to stop them either. The government will further urge civilian fishing boats and residents along the coast to report suspicious vessels.

Physically dealing with the boats washing up on Japanese shores is placing a heavy burden on local governments as well. "We want to responsibly deal with the actual costs in close coordination with localities," Chief Cabinet Secretary Yoshihide Suga said, pledging that the national government will shoulder more of the costs.

Given North Korea's continued nuclear and missile development, Japan is also preparing for a potential wave of refugees hitting its shores should conflict erupt on the Korean Peninsula. It is ironing out measures to hold and screen the arrivals to weed out any North Korean state agents and prevent attacks on Japanese nuclear plants and U.S. military facilities along the Sea of Japan.