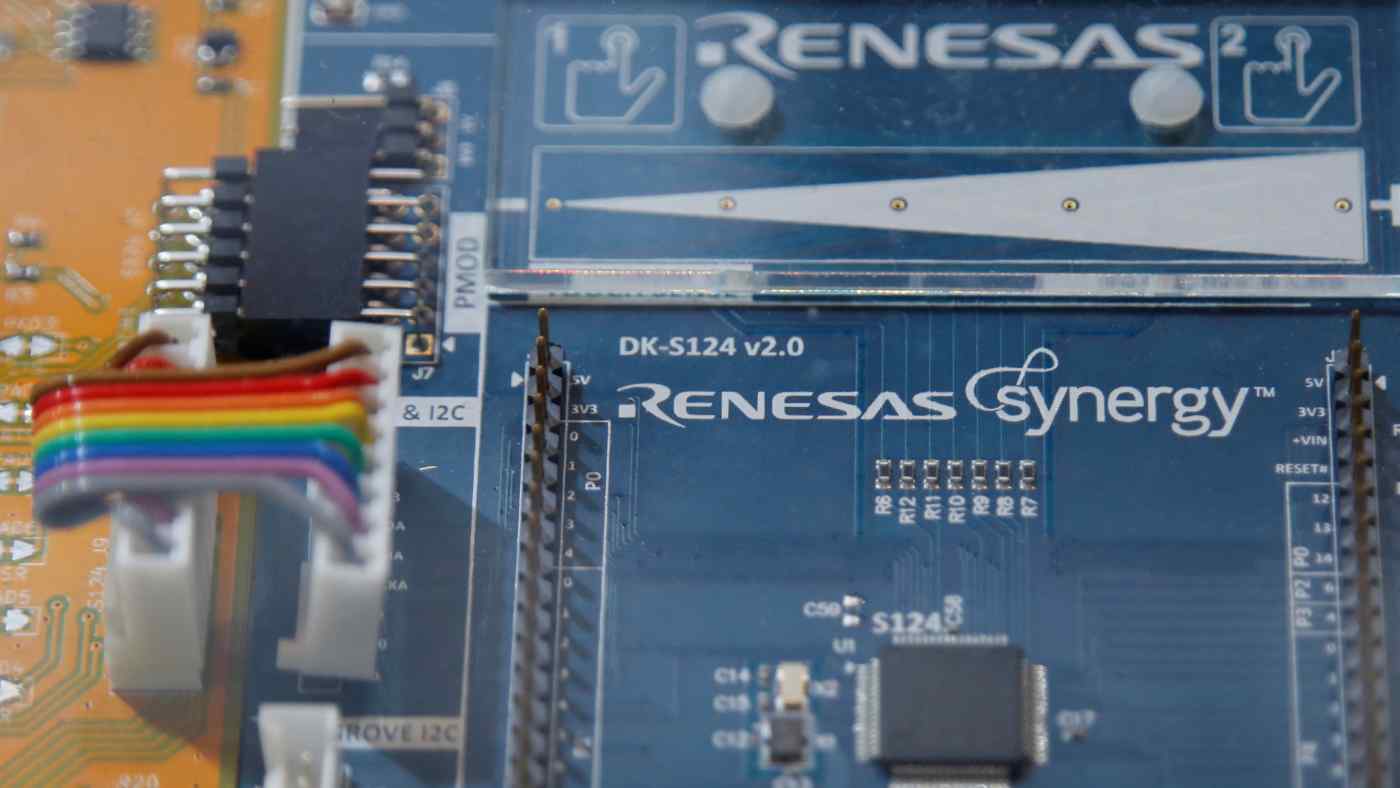 TOKYO -- Japan's ruling Liberal Democratic Party is launching a caucus of lawmakers who will work to secure the nation's semiconductor supply amid a global shortage and boost the country's competitiveness in the field.

The caucus will be chaired by Akira Amari, a former economic policy minister, and feature heavyweights such as former Prime Minister Shinzo Abe and current Finance Minister Taro Aso as senior advisers.

Abe, who resigned in September last year for health reasons, is taking on senior roles in various LDP groups, spurring speculation that he is plotting a comeback.

Positioning semiconductors as "indispensable to Japan's economic security," the lawmakers will try to build stronger supply chains by working with U.S. and other partner nations. The body aims to submit recommendations as early as this fall for the fiscal 2022 draft budget.

"It is not an exaggeration to say that those who control semiconductors will control the world," Amari said Friday, noting how the chips are used for collection and analysis of all types of data. Amari heads the LDP's powerful tax commission.

A conflict in the Taiwan Strait, where tensions have been simmering, could further disrupt the already tight supply of semiconductors, dealing a serious blow to the auto industry and other sectors that rely on chips. Japanese Prime Minister Yoshihide Suga and U.S. President Joe Biden stressed "the importance of peace and stability across the Taiwan Strait" in a statement after their summit last month.

The Japanese lawmakers also will discuss creating a fund to promote semiconductor research and cultivate domestic talent, as well as capital tie-ups with American companies. Though Japan hosts a number of companies that control much of the market for semiconductor materials and production equipment, the country is playing catch-up with Taiwan and South Korea.