But his impassioned 20-minute speech was not just directed at those present. It was soon repackaged into a one-minute video and posted on the prime minister's Twitter account, gaining 219,000 views in two days.

This exemplifies the party's campaign style in an age when its strongest support is found among those in their 20s and 30s, rather than in their 50s and 60s.

"Starting in this leadership election, people as young as 18 and 19 have a vote. They cast a ballot for the future of the LDP and for the future of Japan," Abe said in the video. "Let us pass on to them a Japan that is filled with hope and pride."

The man behind the LDP's digital shift is Takuya Hirai, a former employee of ad agency Dentsu, a member of the lower house and the party's head of public relations.

Abe's videos are kept to one minute or less in length, compared to more lengthy videos by his rival, Shigeru Ishiba, a former defense minister and a well-known policy wonk. Ishiba has posted a video message on Twitter for each of the 47 prefectures in the country. He is campaigning for leadership of the LDP on the platform of spreading economic prosperity outside the big cities and shining a spotlight on people who are left out of the 'Abenomics' pro-business reforms.

Voting for the party leadership will take place on Sept. 20 and Abe is widely expected to be re-elected to his third three-year term as head of the LDP, which would put him on course to being the longest-serving prime minister in Japan's history.

However, Hirai said that Abe's social media campaign was aimed beyond the leadership contest.

"The video tweet has been spread by local assemblymen and party members retweeting it. That's what we want them to do," Hirai said. He sees the leadership contest as a dry run for the nationwide local government elections and an upper house election slated for next year.

The LDP is transforming itself from a party dependent on senior voters into one with more broad-based support. The party cannot just focus on catering to the immediate needs of the electorate if it wants to survive in the future, Hirai stressed.

"We are sending a message that the future will be bright," Hirai said. "It's easy to be pessimistic about the future because of the aging and declining population. What makes us different [from other parties] is that we are saying Japan can get over the problem."

Abe is also promising to increase the sales tax rate to 10% from 8% to cover the ballooning social security deficit and increase spending for families with children. To make the social security system sustainable, he is also proposing to raise the mandatory retirement age to 70 from 65, and encourage people to start drawing their pensions at the age of 70 or later. Raising co-payment for people of 75 or older to above 10% is another idea under consideration.

In a policy debate Friday, the two candidates were asked to present a vision that would give people hope. Abe reiterated that Japan can grow. "It was thought that this country would never grow again because of the aging and declining population. There was a sense of resignation everywhere. But I've shown that the economy can grow even as the population declines," he said.

His message of growth has resonated with voters, especially young ones.

In the last general election, held in October 2017, 49% of those between 18-29 voted for the conservative LDP, higher than any other age group, according to a survey conducted by public broadcaster NHK.

Youth support has remained solid since. An opinion poll conducted by Nikkei in June showed that the support rating for the Abe government was the highest among those in their 20s or younger, at 63%. Support for the LDP tends to go down with age.

The Abe campaign highlights its achievements in numbers and infographics, not in lengthy texts: the percentage of school leavers getting a job is a record 98%, for example; there are 1.13 regular jobs available to every job seeker, another record; Japan has a record 28.7 million foreign visitors and central government revenue of 59 trillion yen ($527bn), close to a record. LDP lawmakers acknowledge that no LDP government has so many economic achievements about which to brag as Abe's administration.

Japan's youth, ever more pragmatic than ideological, has responded strongly to such messages.

"The LDP looks more dependable than the opposition. It has track records," says Katsuyuki Yakushiji, a political science professor at Toyo University and a former journalist. 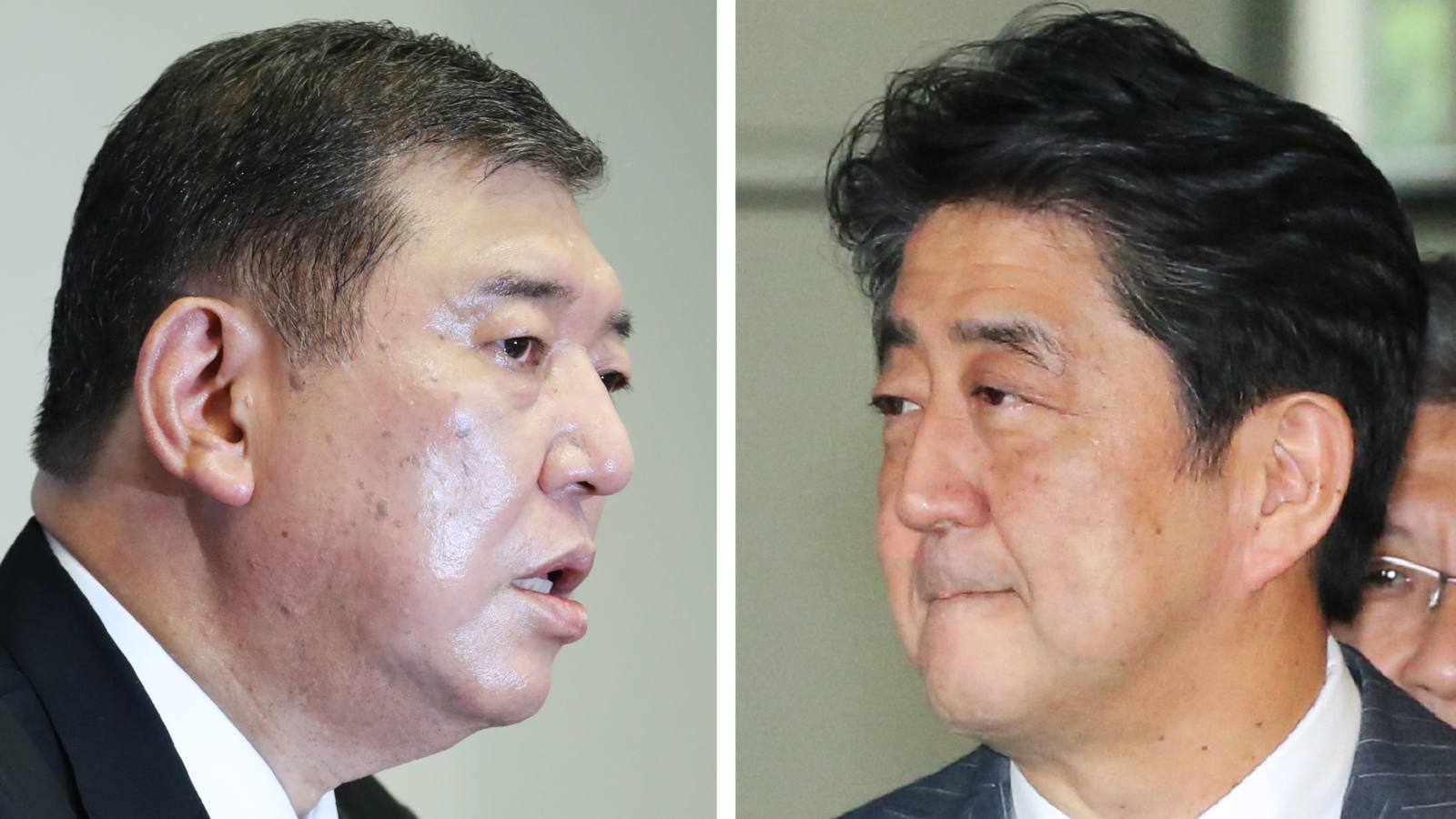 Abe to kick off party-head election: Here are five things to know

It is not that the opposition is making no effort.

Another opposition group, the Constitutional Democratic Party, recently held a gathering in wrestling venue, with supporters promoting the event on Twitter. The party chief, Yukio Edano, met with former U.S. presidential contender Bernie Sanders in Washington on Thursday to learn how to attract young voters.

But their efforts have not yielded much of a change so far. The LDP maintains a lopsided lead over the opposition in opinion polls.

"Young people are looking at which party can really deliver on their promises. They are not choosing parties based on what they say or how they say it," the LDP's Hirai said.

Yakushiji added that it was not that Abe was particularly popular with young people, but that young people were choosing the LDP because they did not have other alternatives.

"It appears that the LDP's reign that started in 2012 is going to last a long time," he said.