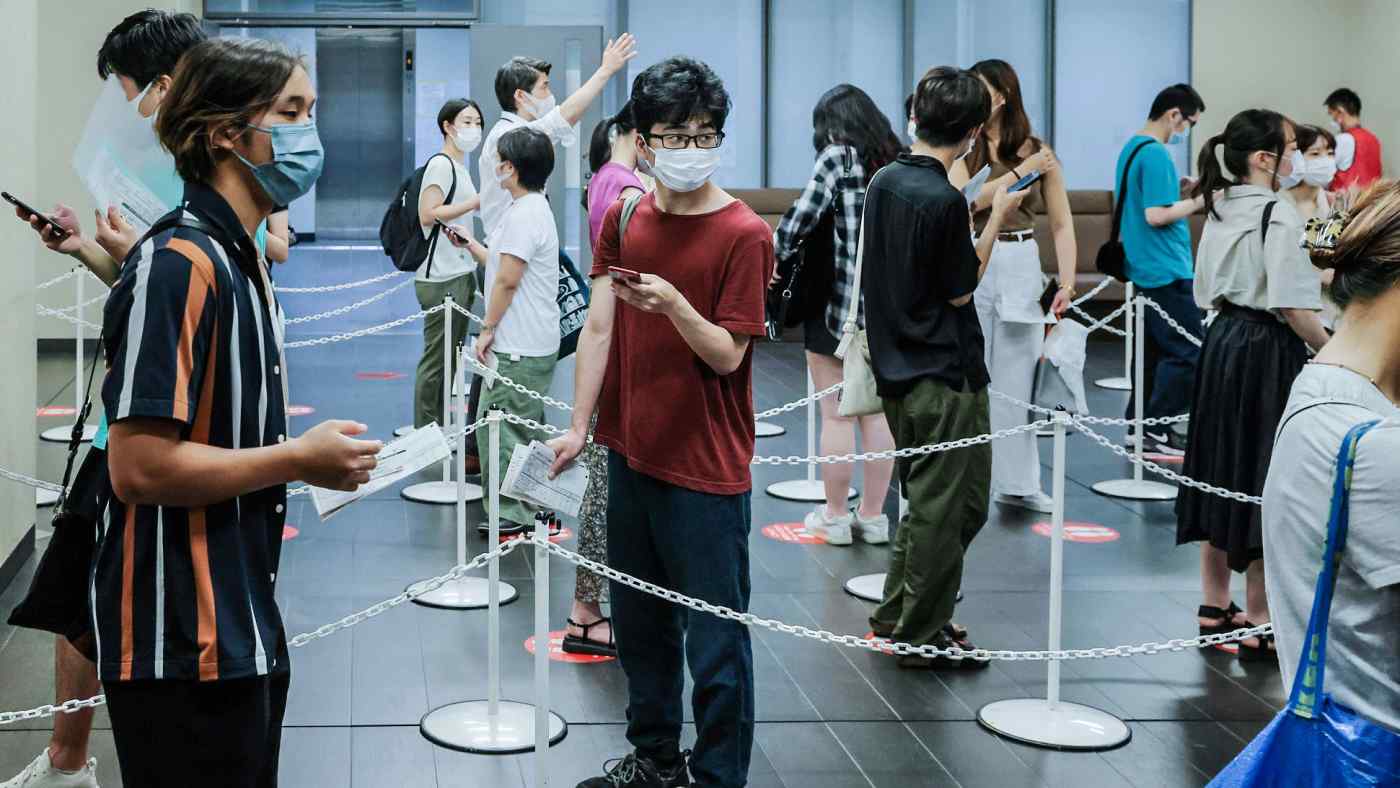 TOKYO -- Lawmakers from Japan's ruling party on Wednesday called on the government to reverse a new policy limiting COVID hospitalizations to all but severely ill patients.

Arguing that only "hospitals in Tokyo are in a crisis situation" due to surging infections, Toshiharu Furukawa, head of the Liberal Democratic Party's vaccine task force, said the policy should not be applied uniformly nationwide.

"We as a party decided not to accept this," he told reporters after a meeting of LDP committees dealing with the pandemic.

The heated debate comes amid a surge in COVID-19 cases driven by the hyper-infectious delta variant. The government announced the controversial hospitalization policy on Monday as hospitals in hot spots like the capital came under strain from rising cases. Japan expanded the state of emergency declaration to six prefectures the same day.

On Wednesday, new daily cases reached a record 4,166 in the capital and 14,207 nationwide.

Members of Komeito, the LDP's junior coalition partner, also came out against the move.

"It's impossible for moderately ill patients who need oxygen to be treated at home," said acting policy chief Michiyo Takagi, who urged the government to reconsider or withdraw the proposal.

Prime Minister Yoshihide Suga defended the policy, saying the proposal "applies only to areas such as Tokyo where cases are spiking, not across the board nationwide."

Digging in his heels, Suga said he does not intend to reverse the decision. "We will explain it properly to gain people's understanding," he said.

Tamura told the lower house's health committee that moderate cases deemed to be at high risk of worsening can qualify for hospitalization. "Those who need respiratory support won't be sent back without being admitted," he said.

The plan is to expand care by visiting nurses to make it safer for patients to stay home, Tamura said. Japanese Health Minister Norihisa Tamura told lawmakers Wednesday that the restrictions are not intended to be applied everywhere. (Photo by Uichiro Kasai)

After the meeting, Akira Nagatsuma, deputy leader of the main opposition Constitutional Democratic Party of Japan, and other lawmakers handed Tamura a message urging the government to maintain the current policy allowing moderate cases to be admitted. The restrictions are "irresponsible" and would tantamount to "abandoning patients who need care," the letter said.

Shigeru Omi, the government's top medical adviser on COVID-19, told the committee that he was not consulted about the hospitalization restrictions.

Asked by an opposition lawmaker about estimates that cases in Tokyo could top 10,000 per day if the virus keeps spreading at its current pace, Omi said "that could happen in a worst-case scenario," adding that infections "are not going to go down rapidly."

Haruo Ozaki, head of the Tokyo Medical Association, told Nikkei that he was blindsided by the abrupt decision, in which neither the central government nor Tokyo reached out to his group in advance.

Even mild cases "can take a sharp turn for the worse," Ozaki said. "They can turn severe before you know it in half a day."

"When you consider that [patients] now can't find a hospital right away," he added, "recovery at home is extremely unsafe."

Asked whether options such as telemedicine would enable patients to receive sufficient care, Ozaki said that "with a thousand more people recuperating at home every day," the situation is "past the limit."

"Primary care doctors are busy handling fever clinics and vaccine administration, so they don't have the capacity to do that much," he said, calling for partnerships with larger organizations to bolster at-home care.