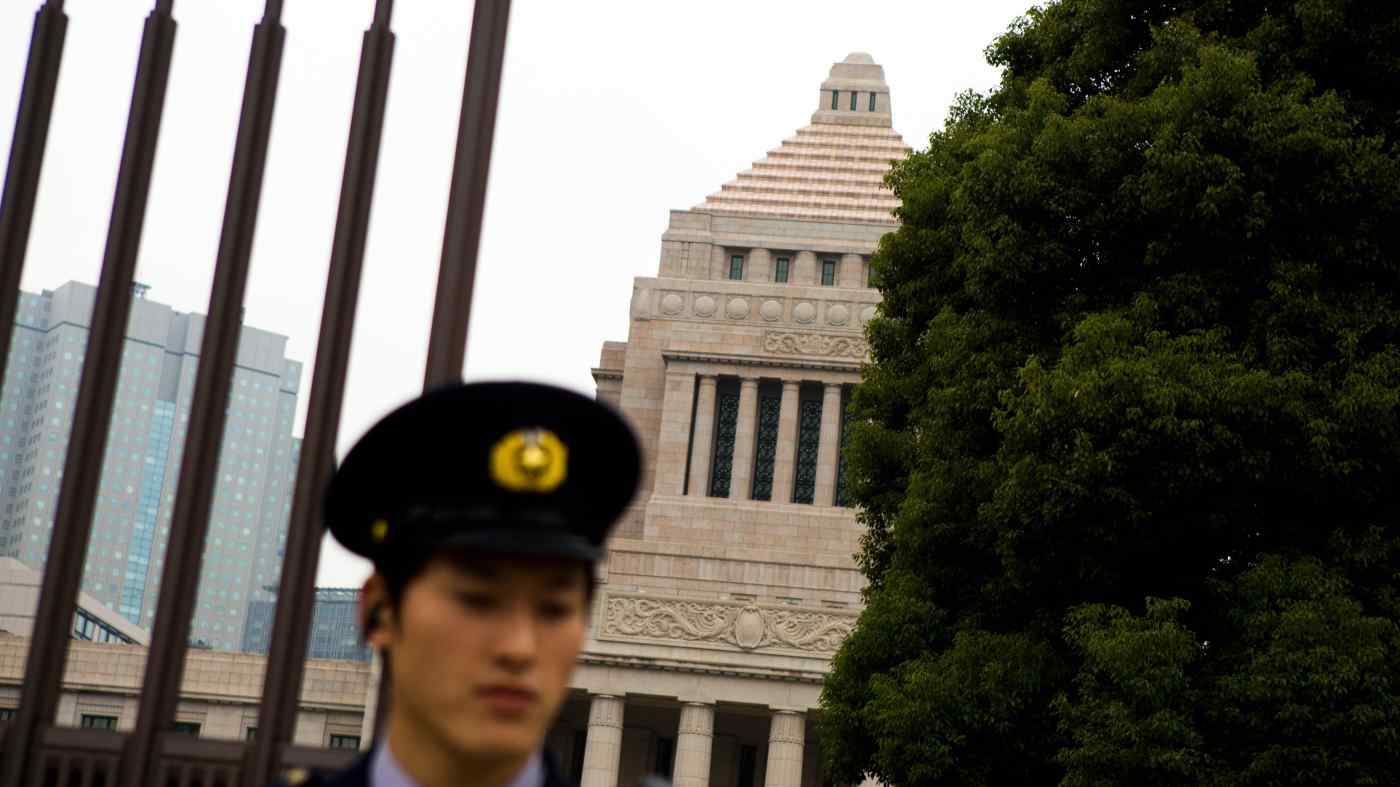 TOKYO -- Support in Japan for discussing changes to the constitution is on the rise, a Nikkei survey shows, as the pandemic spurs much of the public to rethink the government's approach to limiting individual rights.

The poll from Friday to Sunday asked whether political parties should enter into concrete discussions on constitutional revisions, with 77% of respondents agreeing -- the most since a 2019 poll that straddled late August and early September. Just 14% saw no need to discuss the issue in the new survey.

The trend comes as the COVID-19 crisis has moved talk of restrictions on public activity from the realm of the hypothetical to reality and exposed the limitations of the government's ability to respond to an emergency.

The central and lower governments have asked people to stay home and restaurants and other establishments to take steps as shortening hours and not serving alcoholic beverages. But the authorities' ability to enforce these requests is limited.

In Europe, by contrast, a number of countries have constitutional or legislative grounds to impose binding restrictions on activity, which have been largely accepted by the public as necessary to curb the spread of the virus. Some in Japan have called for similar measures here.

The ruling Liberal Democratic Party and the conservative opposition Nippon Ishin no Kai (Japan Innovation Party) support adding an emergency clause to the constitution that would grant the government expanded powers when necessary.

The idea has also been floated of changing the constitution to give the government stronger powers to secure hospital beds. A group of figures from the medical and business communities, including Yoshitake Yokokura, former president of the Japan Medical Association, will launch a group to discuss this next week.

Support for revising the constitution in general has swung back and forth over the past several years. The LDP has long pushed for amending the war-renouncing Article 9 to settle the status of Japan's Self-Defense Forces, along with other changes.

Revisions to the national referendum law, which sets out the process for putting proposed constitutional revisions to the public for a vote, are expected to pass during the current parliamentary session. The measure will help smooth the way for discussing changes during the run-up to this year's general election.