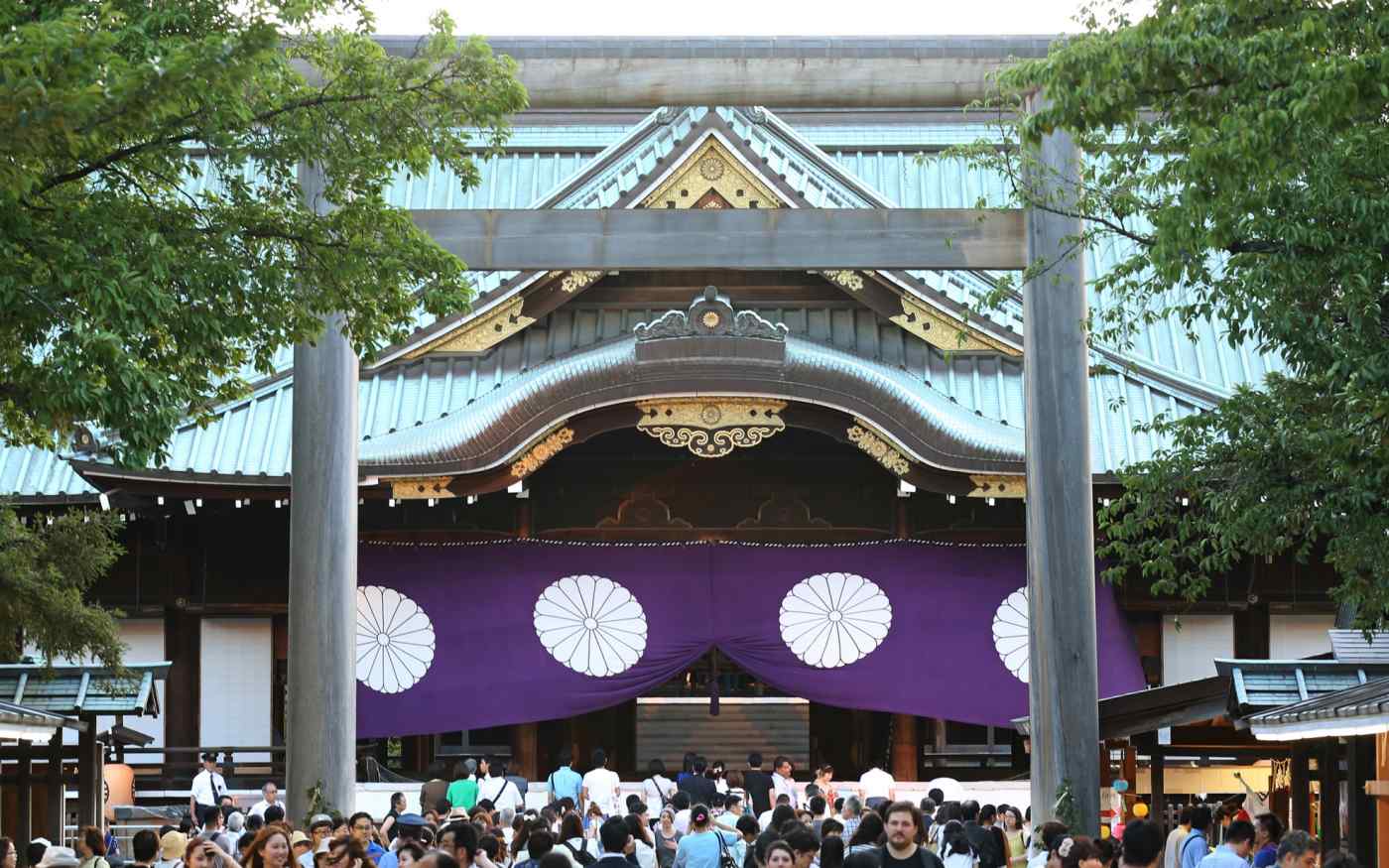 TOKYO (Kyodo) -- Seiichi Eto, minister in charge of Okinawa and Northern Territories affairs, visited the war-linked Yasukuni shrine on Thursday, becoming the first Cabinet minister to do so in over two years.

His visit, on the first day of the shrine's autumn festival, is certain to anger China and South Korea, which suffered from Japan's wartime aggression.

Prime Minister Shinzo Abe sent a ritual offering earlier in the day to the Shinto shrine, viewed by Japan's Asian neighbors as a symbol of Tokyo's past militarism, without making a visit in person.

Abe last visited there in 2013. The last Cabinet minister to visit was Sanae Takaichi in April 2017. The then internal affairs and communications minister was reappointed to the same post last month.

In recent years, Abe has sent ritual offerings during the shrine's spring and autumn festivals and on Aug. 15, the anniversary of Japan's 1945 surrender in World War II. It is customary for a cross-party group of lawmakers to visit the shrine on these occasions.

The four-day festival through Sunday comes as Japan's relations with South Korea have sunk to their lowest level in years over disputes over wartime history and trade policy. Japan-China ties, however, have been markedly improving despite outstanding differences over issues related to history and territory.

The worsening of Tokyo-Seoul ties stems from a series of court rulings in South Korea late last year that ordered Japanese firms to compensate for wartime forced labor during Japan's 1910-1945 colonial rule of the Korean Peninsula.

Tokyo maintains that the issue of compensation was settled finally and completely by a 1965 accord, and Abe has been stepping up calls on Seoul to follow through on the bilateral agreement.

South Korean Prime Minister Lee Nak Yon is scheduled to visit Japan for Emperor Naruhito's enthronement ceremony next week and a meeting with Abe has been arranged, according to government sources of the two countries.

The autumn festival is the first since Abe reshuffled his Cabinet in September.