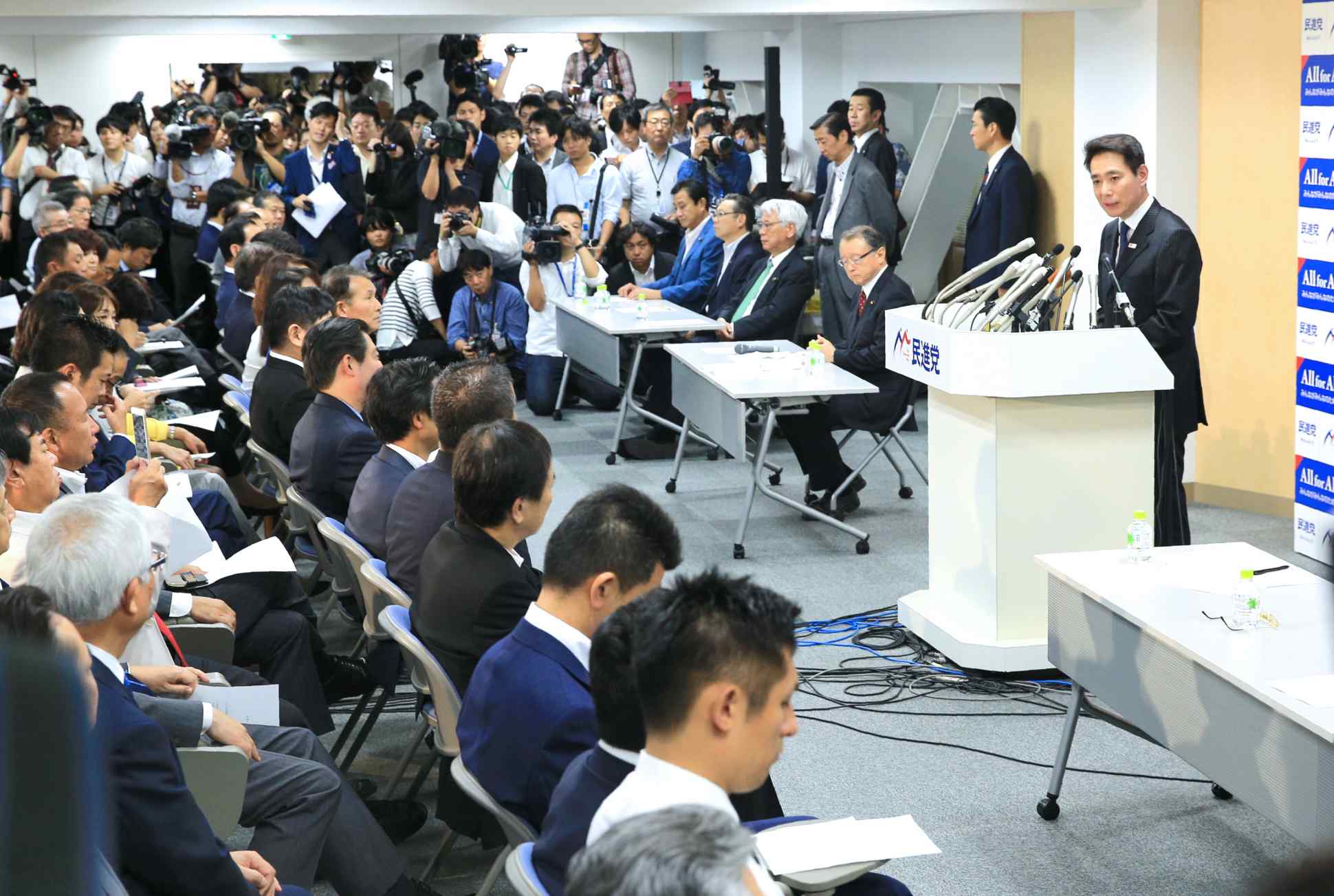 Democratic Party chief Seiji Maehara, at the podium, is facing increasing resistance from his own party members.
Politics

TOKYO -- Upper house lawmakers from Japan's Democratic Party are already devising plans to bring their fractured party back together after the Oct. 22 general election, throwing a wrench into its leader's plan to join an upstart led by the Tokyo governor.

The trouble began when party chief Seiji Maehara announced plans to effectively merge his party with Yuriko Koike's Kibo no To, or Party of Hope, for the upcoming general election. This split lower house Democrats into three camps: candidates running under the Party of Hope's banner, those running as independents, and liberal-leaning members who instead launched a new party called the Constitutional Democratic Party of Japan.