Vows to investigate as pressure intensifies over document alteration scandal 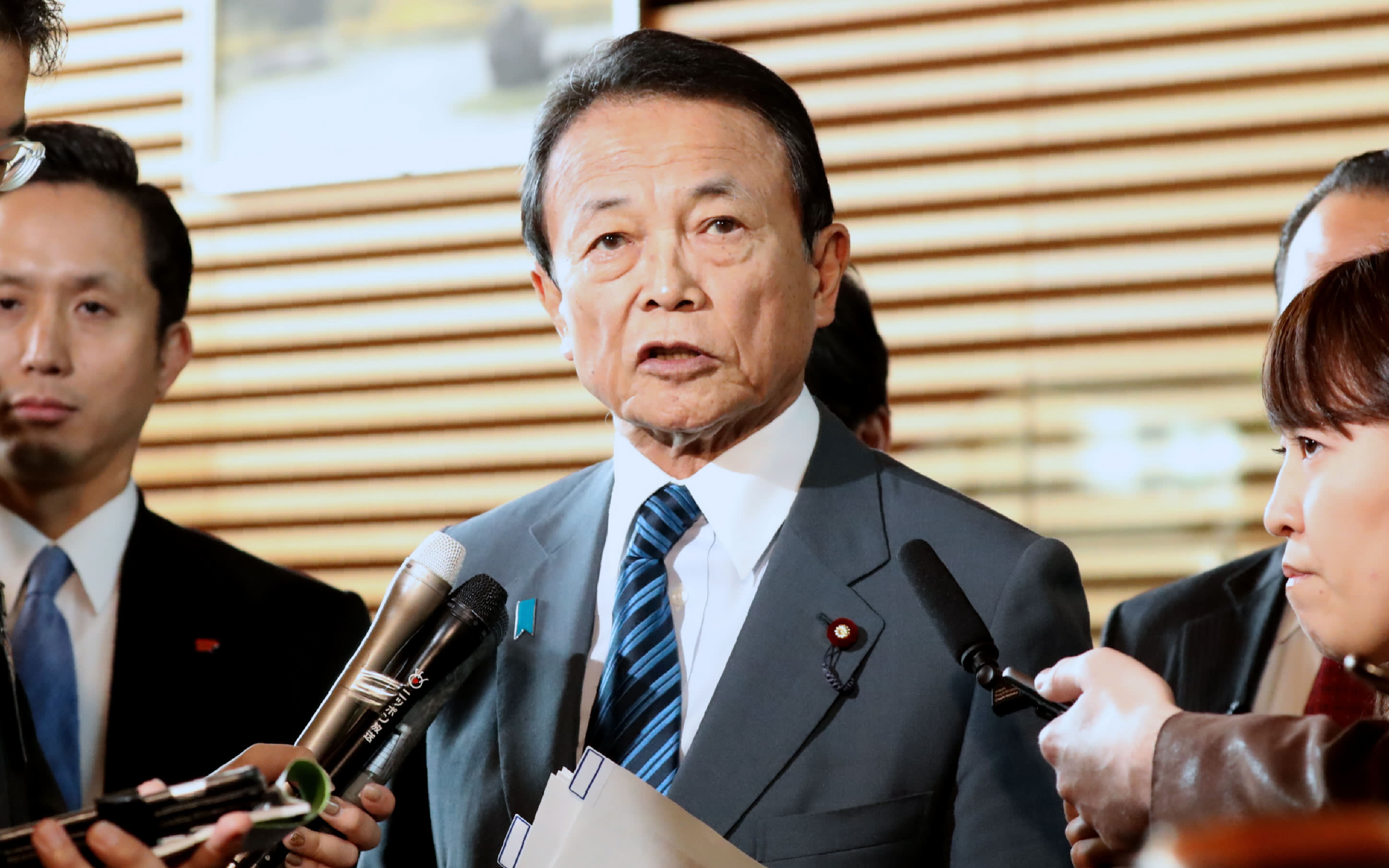 Japanese Finance Minister Taro Aso answers questions from journalists after a cabinet meeting at the prime minister's office on Tuesday.

TOKYO -- Japanese Finance Minister Taro Aso on Tuesday reiterated that he does not intend to resign over ministry documents that were recently found to have been altered by ministry officials, saying that his job is "to investigate the cause [of the incident] and take measures to prevent a repeat."

The ministry has admitted to having made changes to documents regarding the sale of state-owned land to Moritomo Gakuen, a private school operator.

It was found that a reference to Prime Minister Shinzo Abe's wife Akie had been removed from the documents. Asked about this, Aso told journalists at a press briefing after a cabinet meeting that it was "done according to law regardless of whom the matter concerns." He repeated his previous explanation that the documents had been altered to make them consistent with testimony given in the Diet.

Aso also said that whether he will attend the meeting of Group of 20 finance ministers and central bank governors, scheduled to start next Monday in Argentina, "will depend on [my] dealings with parliament." The meeting is expected to discuss issues regarding how to regulate virtual currencies.

Meanwhile, Nikkei learned on Tuesday that investigators at the Osaka District Prosecutors Office had discovered the alterations of the documents, including the removal of names of politicians before The Asahi Shimbun reported on the alterations on March 2.

The Osaka prosecutors had noticed that there were different versions of the same documents, as they had received the documents several times from the Finance Ministry, sources said.