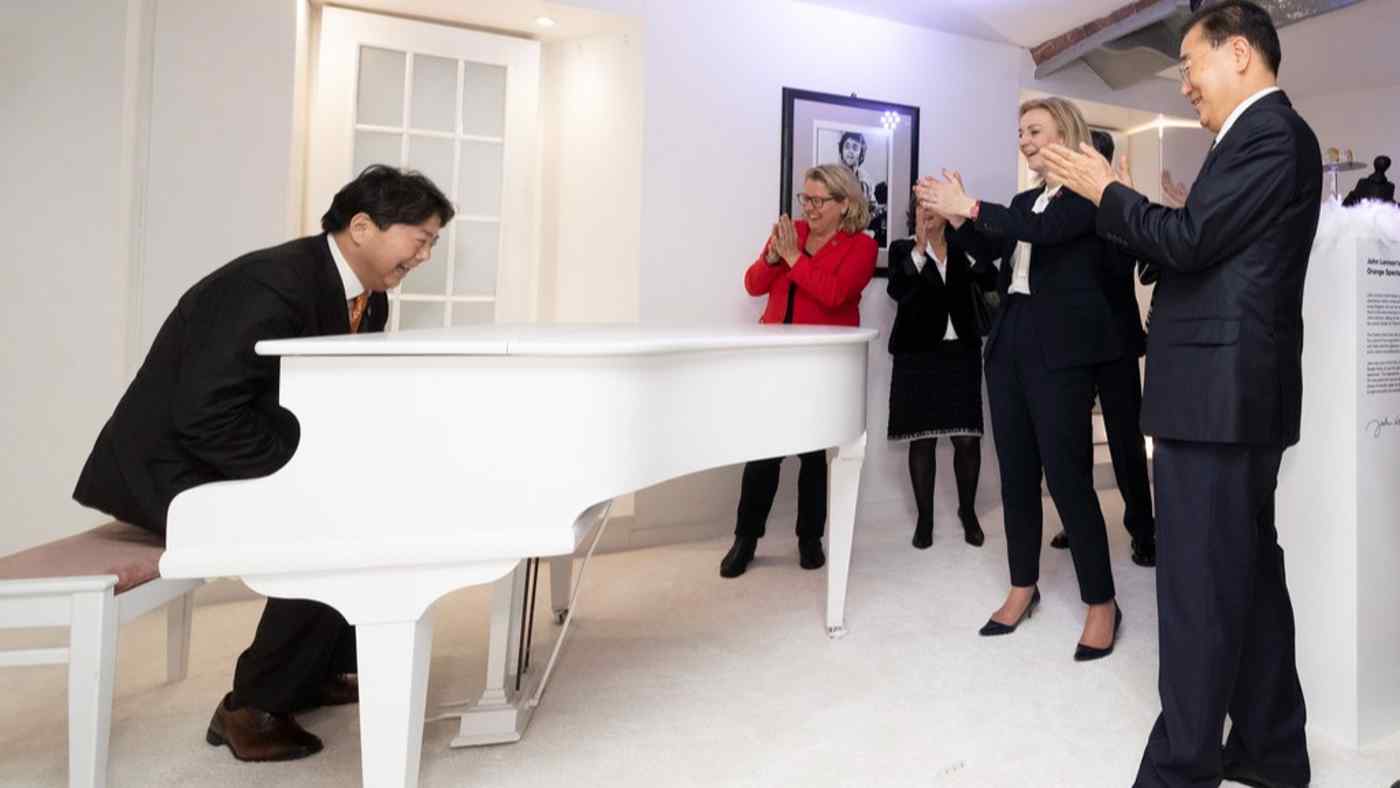 TOKYO -- Three days after taking office as Japan's foreign minister, Yoshimasa Hayashi was on the phone with U.S. Secretary of State Antony Blinken. After exchanging peasantries and the usual talking points, the two diplomats quickly broke the ice by moving on to their favorite pastime: rock music.

Blinken has what he jokingly calls a "wonk" rock band named Ablinken, whose songs are available on Apple Music. Hayashi's band, Gi!nz, which sounds like "lawmakers" in Japanese, has been playing music since 1997, albeit with some changes in membership.