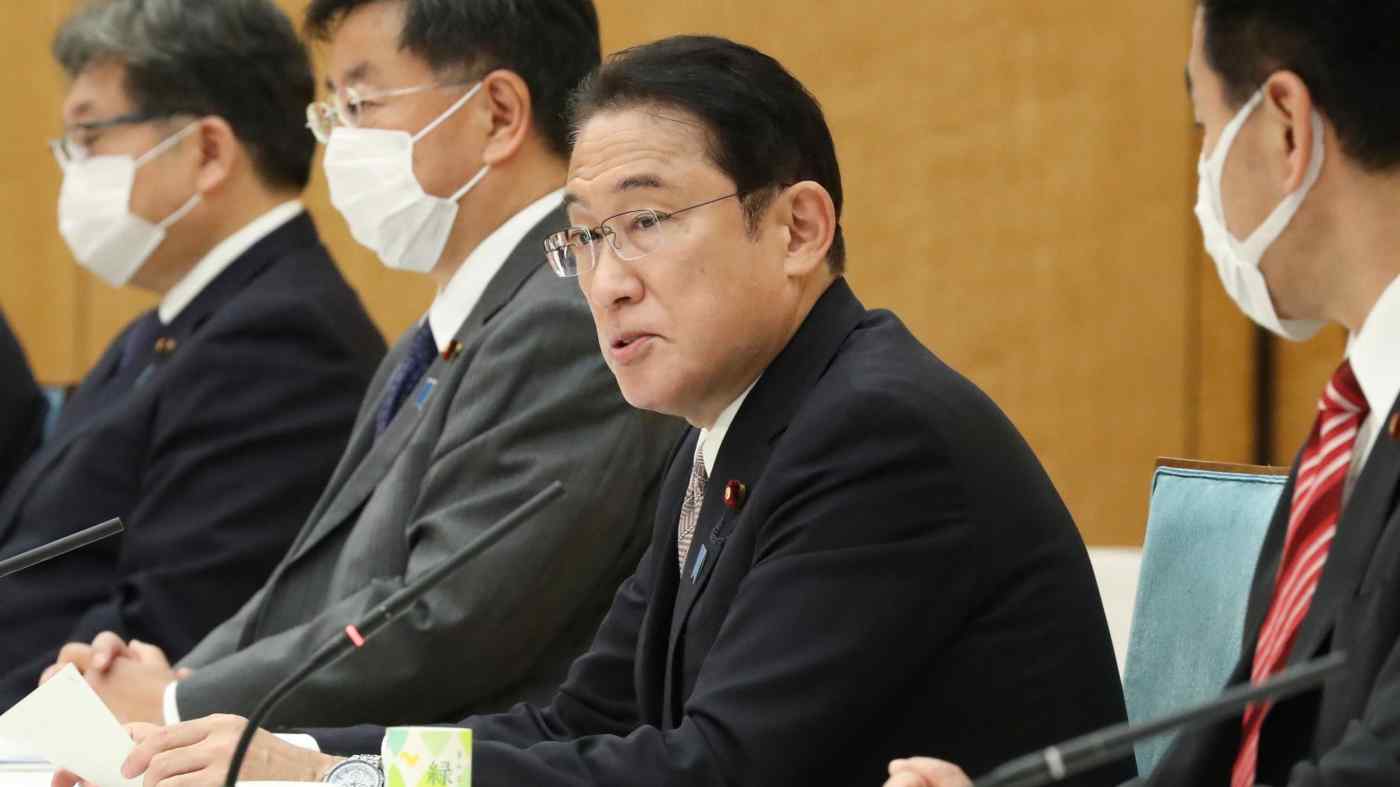 TOKYO (Reuters) -- Japanese Prime Minister Fumio Kishida on Friday urged companies whose earnings have recovered pre-pandemic levels to raise wages by 3% or more at their labor talks next spring, aiming to achieve a virtuous cycle of growth and wealth distribution.

Kishida told his "new capitalism" panel meeting that the government would take steps to raise incomes of welfare workers such as childcare workers, nurses and caregivers by 3% continuously.

With recovery in the world's third-largest economy remaining uneven among sectors, Kishida vowed to help small firms pass on costs of raw materials, energy and labor costs to customers.

Kishida has made tackling wealth disparities and redistributing wealth a political priority, making wage hike proposals as part of this strategy and helping to ease the pain on consumers from rising oil and food costs.

"I expect that, at next year's labor talks, those companies whose profits have recovered to pre-corona levels will raise wages by 3% or more to kick-start new capitalism," Kishida told a panel meeting. "The government will do the utmost to prepare an environment to back wage hikes among the private sector.

"I want to reverse the trend of lowering wage hikes," Kishida added.

It was the first time the government would set a numerical target for businesses on wage hike levels in four years.

Many companies have kept wage growth low to protect jobs and weather the hit from the coronavirus pandemic. It was unclear whether companies would heed a request for voluntary wage hikes, even if the proposal were made.

"It will be pretty tough to achieve a 3% wage hike as the economy isn't recovering as strongly as the government had expected."

Slow wage growth has been among the factors that have kept the Bank of Japan from hitting its 2% inflation target, as it saps households' purchasing power and discourages companies from charging more for their goods.

The package included funding to increase government-set wages for nurses and social care workers by 3%.