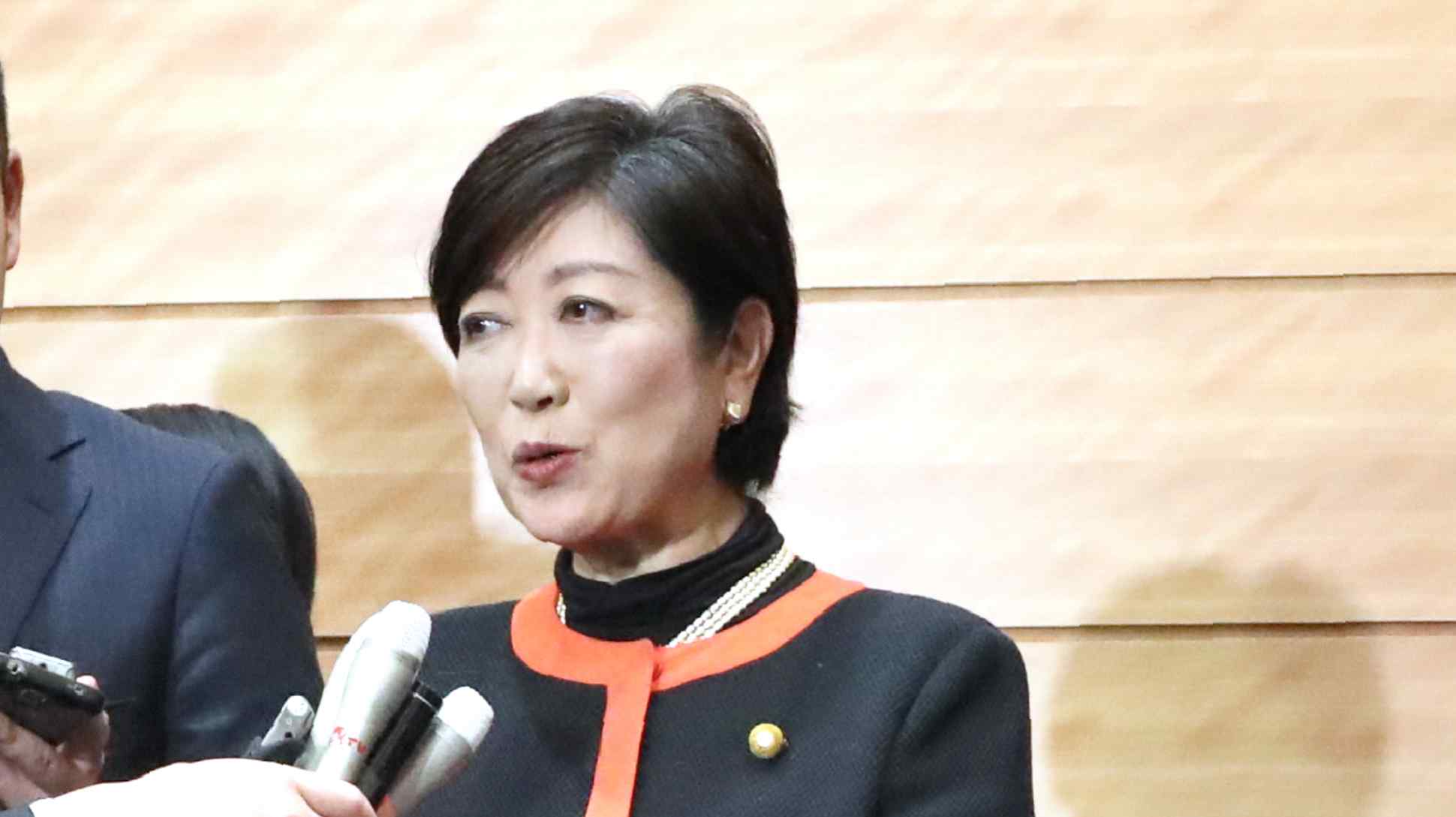 Tokyo Gov. and Party of Hope chief Yuriko Koike speaks to reporters after a party meeting on Wednesday.
Politics

Says she will focus on being Tokyo governor, take hands-off role in national policy

TOKYO -- Tokyo Gov. Yuriko Koike on Wednesday took responsibility for the resounding defeat of her Party of Hope in Japan's recent general election, even while insisting that she will continue leading the new national party.