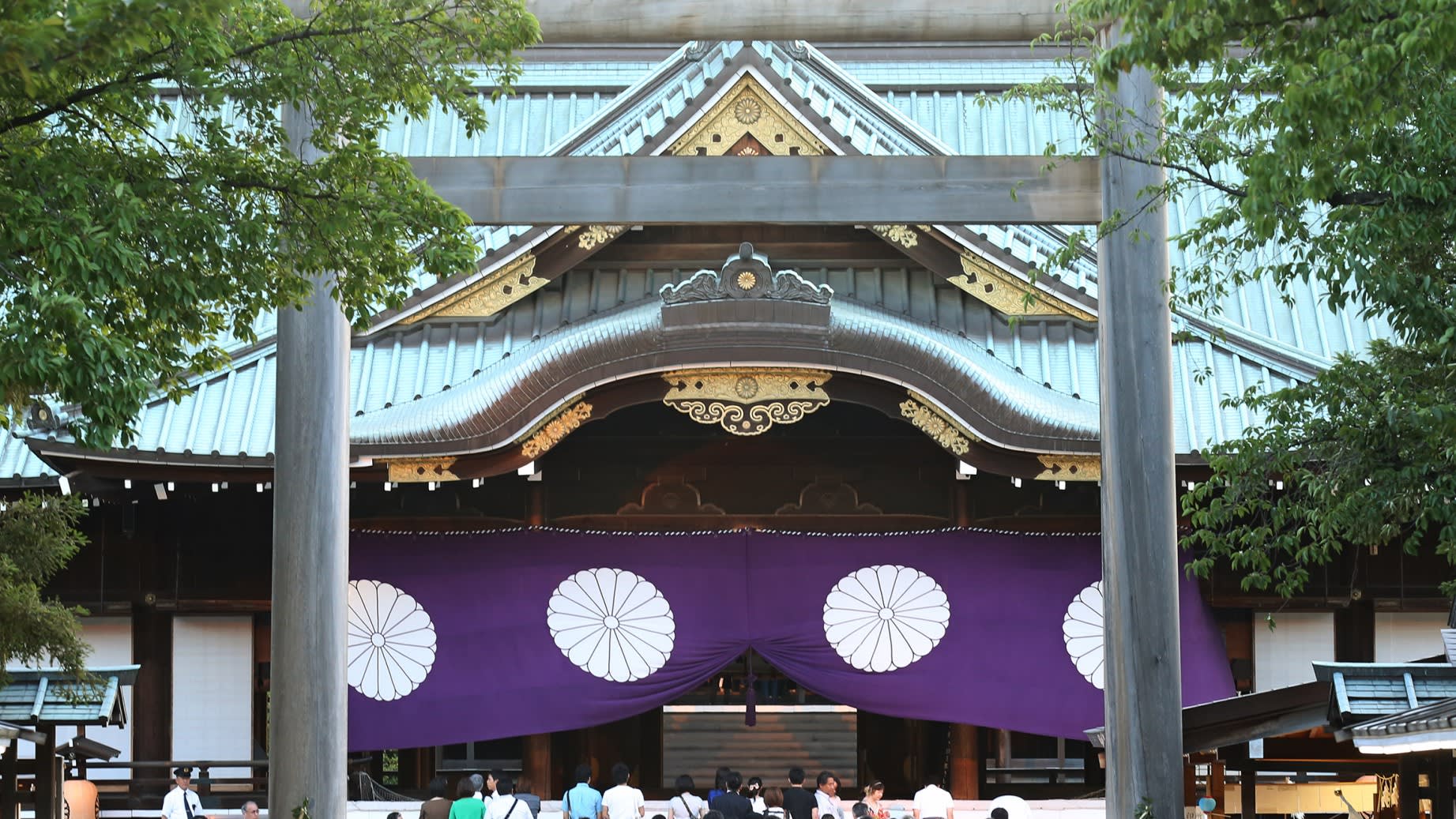 TOKYO (Kyodo) -- Prime Minister Yoshihide Suga sent a ritual offering Saturday to Yasukuni shrine in Tokyo, seen by Asian neighbors as a symbol of Japan's past militarism, but he is not expected to visit amid improving relations with China.

Suga, who took office last month, followed the way of his predecessor Shinzo Abe in offering the "masakaki" tree in the name of the prime minister to celebrate the Shinto shrine's biannual festival held in the spring and autumn.

Suga did not make an offering during his roughly eight years as chief Cabinet secretary, or top government spokesman, in the Abe administration.

The shrine honors convicted war criminals along with more than 2.4 million war dead.

Two members of Suga's Cabinet -- health minister Norihisa Tamura and Shinji Inoue, the minister for the world exposition in Osaka -- as well as House of Representatives Speaker Tadamori Oshima, also sent trees to the festival.

Lawmakers from a cross-party group, who visited the shrine during last year's autumn festival, refrained from visiting this year because of the pandemic.

Past visits to the shrine by Japanese leaders and lawmakers have drawn criticism particularly from China and South Korea, where memories of Japan's militarism run deep.

In September, Abe visited the shrine days after stepping down as prime minister due to health reasons. He previously visited in December 2013, a year after the start of his second stint in office, provoking a strong response from Beijing and Seoul and disappointing Japan's key ally the United States.

Relations between Japan and South Korea have remained chilled since South Korean court rulings in 2018 ordered Japanese firms to pay damages to South Koreans for forced labor during Japan's colonization of the Korean Peninsula between 1910 and 1945.

The dispute also spilled over to trade and other areas, with a bilateral intelligence-sharing pact pushed to the brink of collapse last year.

Japan's relations with China have been improving, despite outstanding differences over history and the sovereignty of the Senkaku Islands in the East China Sea. China also claims the uninhabited islets, which it calls Diaoyu.