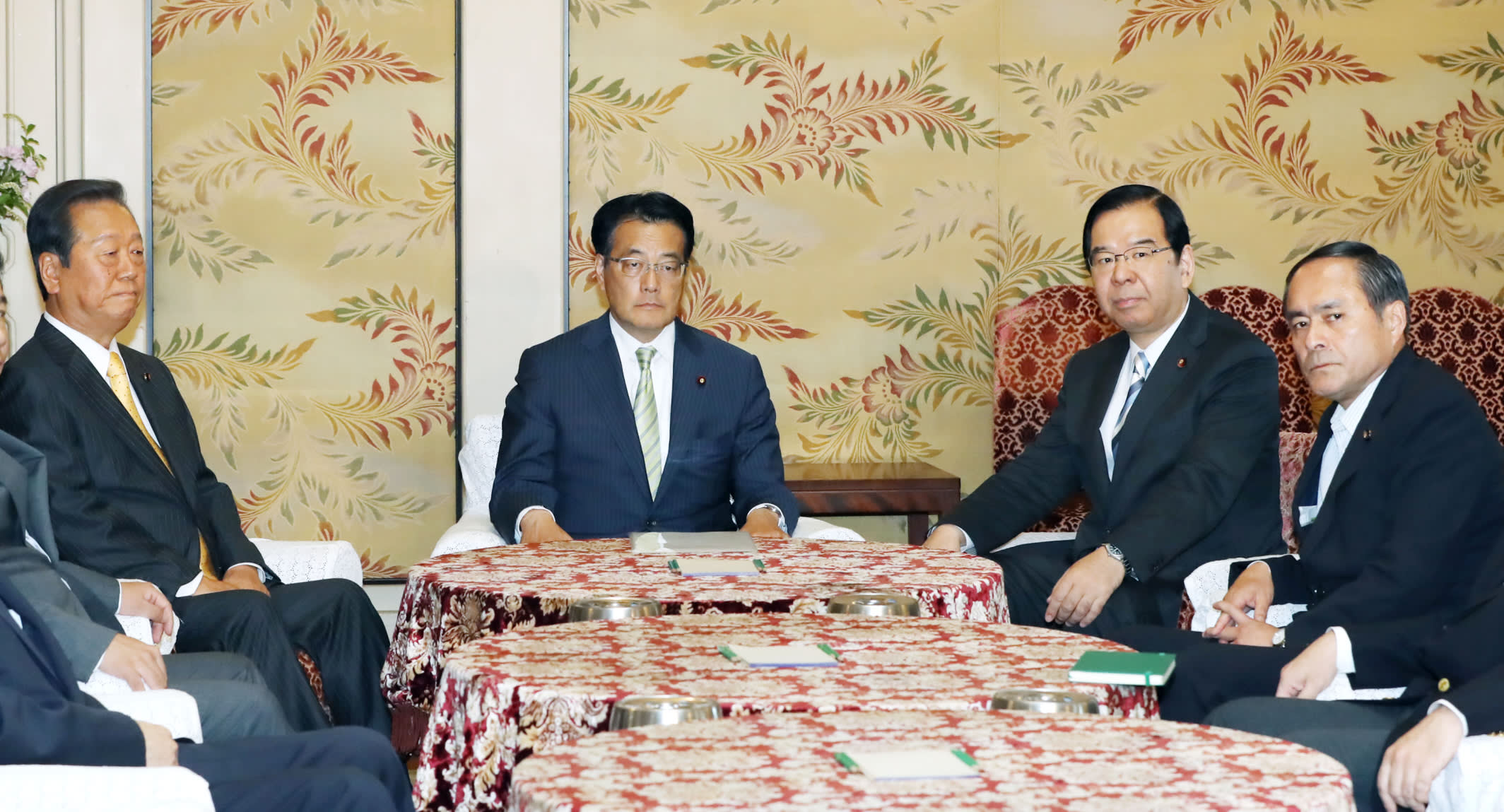 The heads of the Democratic Party, Japanese Communist Party, Social Democratic Party and People's Life Party backed the plan during a meeting Monday. The group said the failure of Abe's signature Abenomics policies has degraded citizens' daily lives and inflamed poverty and inequality. The forced passage of controversial security legislation and a lack of openness surrounding negotiations on the Trans-Pacific Partnership trade pact also constitute grounds for the cabinet's resignation, the group said.

When Abe dissolved the lower house in 2014, he pledged that the economy would be strong enough to support a consumption tax hike by the planned April 2017 date. Reported plans to postpone that hike until October 2019 mark "nothing less than the failure of Abenomics," Democratic Party President Katsuya Okada told reporters later Monday.

The party chiefs also agreed that Abe should account for the postponement and the overall state of Japan's economy before the Diet's upper and lower house budget committees. The parties' Diet affairs chiefs added the government's lack of cooperation with budget committee deliberations to the list of reasons for the no-confidence motion at a meeting later in the day, where it was officially decided to submit the measure Tuesday.

While Abe has emphasized risks in the global economy, the opposition is prepared to highlight Japan's economic malaise, including stalled personal spending and real wages. "Only Japan is seen with negative growth in 2017," Akira Nagatsuma, acting president of the Democratic Party, said in reference to the International Monetary Fund's economic growth forecasts. Kazuo Shii, chairman of the Communist Party, accused Abe of "shifting responsibility to the global economy to cover up misrule" by his Liberal Democratic Party.

The government expects the measure will be defeated by a majority in the Diet, Chief Cabinet Secretary Yoshihide Suga indicated at a news conference Monday.

"The opposition's actions are at odds with the will of the people," LDP Secretary-General Sadakazu Tanigaki said, noting he would "like to have the measure rejected with a minimum of fuss."