There is talk of remodeling Izumo-class vessels so they can carry F-35B stealth fighter jets.   © Kyodo
Politics

TOKYO -- As North Korea raises tensions in the region, Japan's Self-Defense Forces face a number of challenges on how to prepare, including tight budgets, a strained relationship with South Korea, and a national constitution that forbids offensive military action.

To address these issues, the SDF and the Ministry of Defense have set a goal of coming up with an outline to revise Japan's defense policy by the year-end. A medium-term strategy for the period from 2019 to 2023 is also under discussion.

Part of the debate is about what kind of defense equipment is needed, and whether Japan has the capability to attack enemy bases.

Some defense equipment is considerably more expensive than the alternatives. Aegis Ashore, a land-based version of the Aegis missile defense system, for instance, is especially costly.

According to a defense ministry estimate, the most advanced version of radar system alone would cost about 150 billion yen ($1.4 billion). The central command system costs another $930 million. Buying two sets, needed cover the entire country, would come to about $4.6 billion. Missiles cost about $37 million apiece, and normally two are fired when trying to shoot down a ballistic missile. That comes to $74 million to shoot down one missile.

North Korea is believed to have several hundred such missiles.

Japanese Prime Minister Shinzo Abe has come to conclusion that ballistic missile defense is not cost effective, people close to him say.

The defense ministry is considering various other systems as well. Izumo-class ships, currently fitted to carry helicopters, could be refitted to carry jet fighters, such as F-35B stealth fighters, which can take off from short runways, making it possible to attack enemy bases. Efforts have already been made to improve the efficiency of tanks and other equipment that has been around since the Cold War, and which was designed to counter a Soviet invasion.

This kind of weaponry, however, raises the question of whether Japan can retain its defense-only posture.

A former administrative vice minister of defense said it would cost at least 10 trillion yen a year for Japan to buy all the necessary defense equipment.

That is nearly double the defense spending for fiscal 2018. The medium-term defense strategy from 2014 through 2018 assumes the defense budget will grow by an average of 0.8% per year.

The new environment suggests much larger increases are on the way, and Japan may move away from its defense-only posture.

In his annual policy speech to parliament in January, the prime minister unveiled the goal of building up Japan's defense capabilities. Pursuing this course is "only natural," said a person close to Abe, given that the provocations from North Korea call for moving beyond a conventional approach.

Another thorny issue is relations with South Korea. Cooperation with the South is key to containing the threat from the North. As Kim Jong Un raised tensions throughout 2017, high-ranking Japanese defense officials sounded out their South Korean counterparts about holding joint South Korea-Japan-U.S. military drills that would involve practice protecting U.S. bomber runs. All requests were rejected.

Similarly, when the U.S. and South Korea conducted their joint military exercise in the Sea of Japan last November, involving three U.S. aircraft carriers, the U.S. explored the possibility of having Japan participate. Seoul objected.

Japan's history of colonial rule of South Korea and the actions of the Japanese army during World War II linger in South Korea's collective memory. Last December, South Korean Defense Minister Song Young-moo told a former SDF official who suggested Japan and South Korea train together that the idea would be "impossible."

Meanwhile, a discussion on measures to evacuate Japanese living in South Korea in the event of a crisis is making little progress. "South Korea has continued to resist such plans," said an official with the Maritime Self-Defense Force.

Nevertheless, a national security law that took effect in 2016 has expanded the scope of how the SDF can support the U.S. In December 2017, Japanese F-15 fighter jets flew alongside U.S. B-1 bombers in the airspace around Okinawa. While the B-1 could attack North Korea in the event of a crisis, these "Swans of Death" are vulnerable in air battles.

The Japan-U.S. military exercise was conducted under a scenario in which F-15s take on enemy fighters -- the kind of mission now permitted under Japan's national security law.

"We will continue to develop a comprehensive set of alliance capabilities to counter the growing North Korean ballistic missile threat," said Cmdr. David Benham, a spokesman for the U.S. Pacific Command. 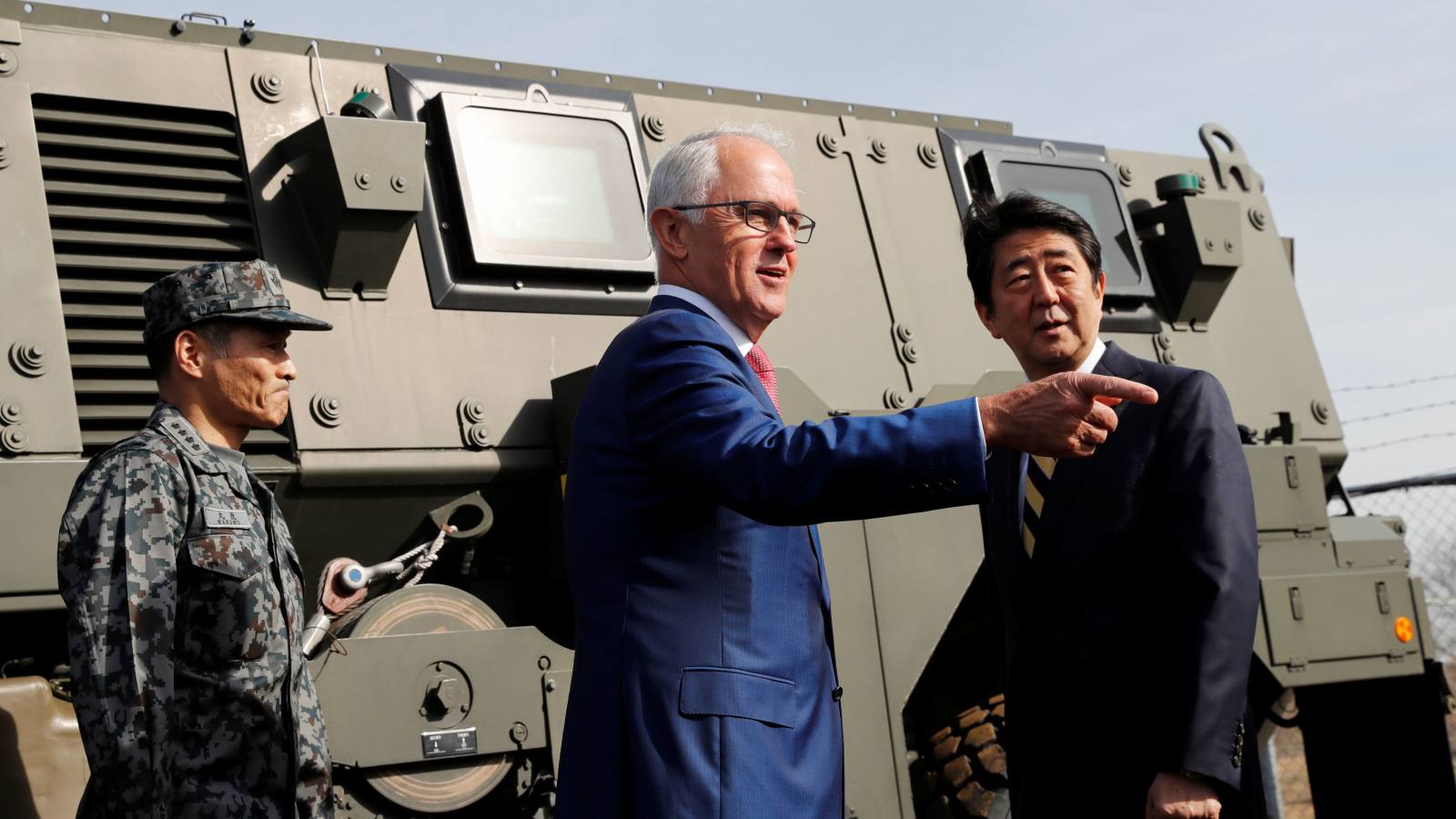 But the law restricts these SDF missions to times of emergency, such as a crisis on the Korean Peninsula that has a major impact on Japan, or even threatens Japan's existence, either by direct attack or by attacks on allies.

The new law appears to put to the test Article 9 of Japan's constitution, which allows for only minimum self defense. Yet despite the law loosening the leash on the Japanese forces, they are far less prepared than those of the U.S. and Europe, with no actual combat experience since their creation in 1954.