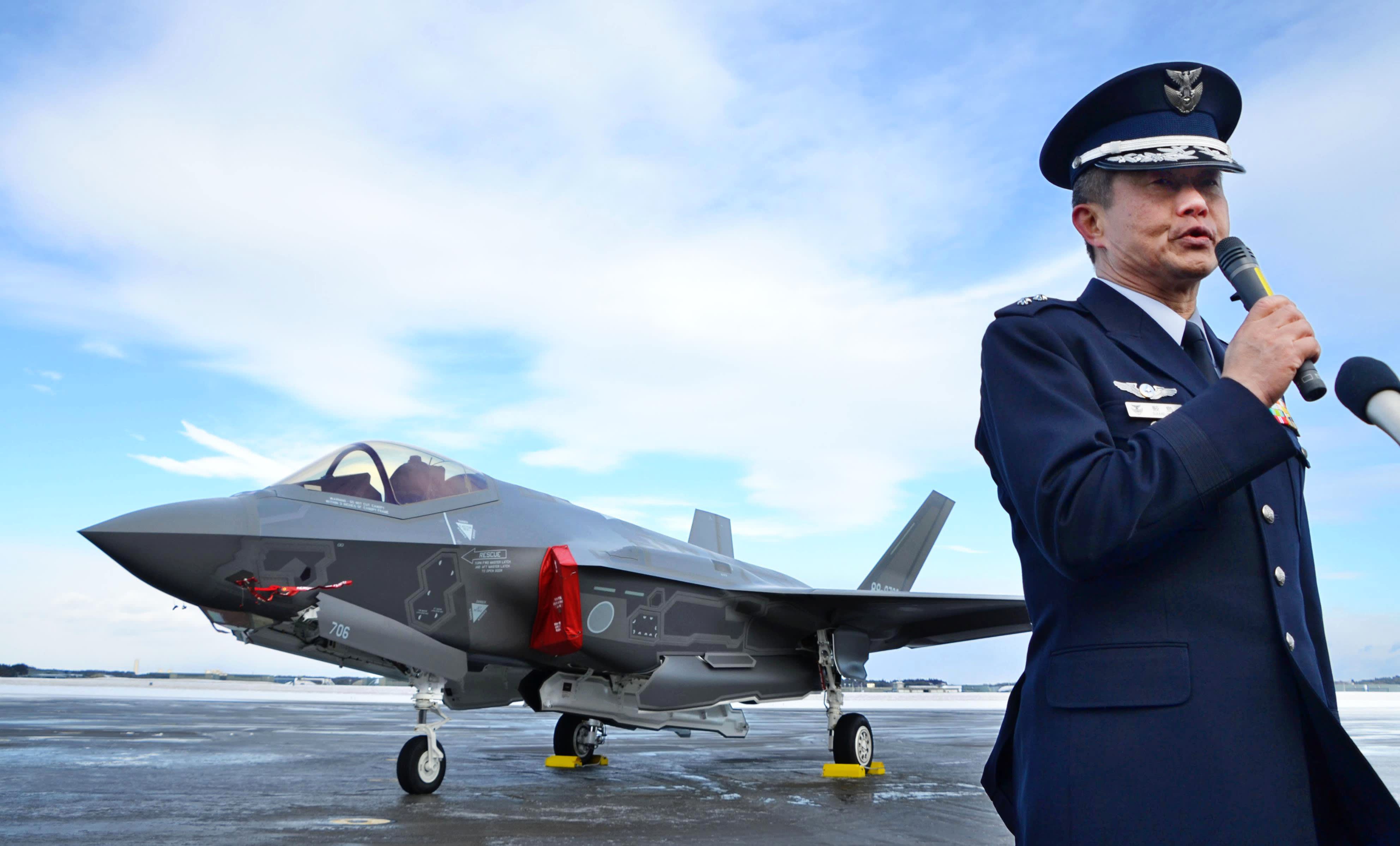 TOKYO -- Japan deployed its first F-35A stealth fighter jet Friday amid rising tension on the Korean peninsula. But the price tag keeps increasing for the cutting-edge aircraft, and the defense industry here is not happy with its diminished participation in production.

"At a time when countries around us are rapidly strengthening their air combat capabilities, the deployment of the F-35A jets has an extremely important significance for our national security," Defense Minister Itsunori Onodera told reporters the same day.

A successor to the aging F-4 fighter, the F-35A is armed with advanced radar-evading capabilities and upgraded missile sensors. The one deployed Friday at the Misawa Air Base in northern Japan was manufactured by Lockheed Martin of the U.S., with Mitsubishi Heavy Industries handling the final assembly.

The Defense Ministry will have a fleet of 10 F-35As in fiscal 2018 at Misawa, a base of the Air Self-Defense Force. The fleet is scheduled to expand to 42. The fighters have "significantly superior capabilities to deal with airspace invasion" than the current F-2 and F-15 jets, said a person familiar with the Air Self-Defense Force. Joint training is also expected with the U.S. Air Force, which also uses the Misawa base.

The F-35As are expected to be equipped with an anti-ship, anti-surface cruise missile called Joint Strike Missile, and the government has set a fiscal 2018 budget for purchasing them. The move has drawn uproar among opposition lawmakers, who say such acquisition would constitute Japan's "possession of enemy base-attacking capability" -- which contradicts with its pacifist Constitution. But Onodera insists that Japan continues to "rely on the U.S. capabilities for striking" and thus "nothing changes even after the cruise missiles are deployed."

The higher cost is also blamed on how the jets are procured. Japan is buying the aircraft through the U.S. government's Foreign Military Sales program, in which prices are determined by Washington, and then Tokyo makes advance payments. How prices are set is not transparent with this scheme, critics say.

Japan's defense industry is not happy that the F-35As, while assembled here, are not delivering the benefits as promised. Last September, the Board of Audit of Japan complained to the Defense Ministry's Acquisition, Technology and Logistics Agency that Japanese-made parts that were planned to be included in the fighters were not actually used. IHI was unable to get quality approval for an engine parts prototype due to delayed supplies of materials from a U.S. contractor. Mitsubishi Electric could not sign an agreement with another contractor for electric equipment parts either, because Lockheed failed to issue orders to that contractor on time.

The Defense Ministry is moving to improve the situation, but the outlook is uncertain. "We're calling for price cuts and making other demands, but the U.S. is showing reluctance," an official at the Logistics Agency says.

The Defense Ministry plans to determine its policy for developing and producing a successor to the F-2 next fiscal year while pursuing research on use of unmanned craft down the road. The national security environment is quickly changing, but Japan continues to face a fiscal challenge. "We need to balance performance and procurement costs when thinking about our directions going forward," a senior ministry official says.