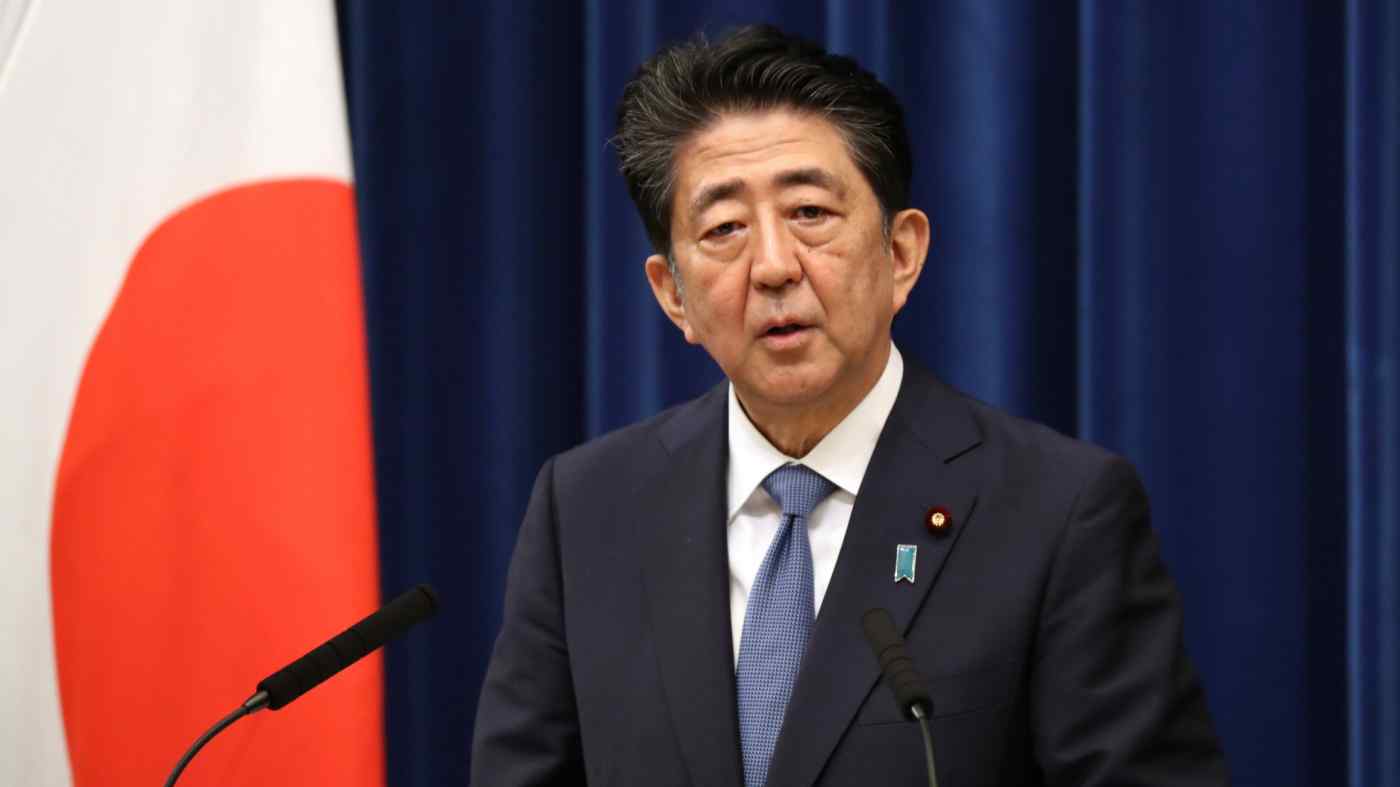 TOKYO (Kyodo) -- Prosecutors are unlikely to charge former Prime Minister Shinzo Abe after questioning him on a voluntary basis over allegations that his political group illegally covered part of the costs of dinner receptions for supporters, sources close to the matter said Tuesday.

Following the rare questioning of a former leader of the country, the special investigation team of the Tokyo District Public Prosecutors Office is planning not to indict Abe, the sources said, adding the decision will be made at an early date.

Even if Abe is not charged, his political influence could be weakened because his remarks in parliament did not accord with the facts. The development could also deal a blow to his successor, Prime Minister Yoshihide Suga, who served as chief cabinet secretary under Abe and defended him over the scandal during press conferences and in parliament.

The prosecutors, who questioned Abe on Monday, are planning to file a summary indictment against his state-paid secretary soon on allegations of not keeping records of incomes and expenditures related to the dinner functions, as required by law. Total revenues and costs not declared in political fund reports possibly exceed 40 million yen ($387,000), the sources said.

People close to Abe have said the secretary offered false explanations when questioned by the former prime minister about the matter, so he only recently learned of the scheme to cover part of the costs.

According to the sources, Abe visited his constituency in Yamaguchi Prefecture, western Japan, from Saturday to Monday, arriving at Haneda Airport in Tokyo on Monday afternoon. The questioning could have taken place sometime during the five and a half hours before he returned to his home in the capital.

Prosecutors appear to have questioned Abe about the scheme to cover part of the dinner costs and how his remarks in parliament concerning the matter were contradictory. Abe is believed to have denied involvement in any wrongdoing, the sources said.

A summary indictment is a simplified proceeding that skips court examination and applies to less serious offenses resulting in fines of 1 million yen or less.

In a press conference on Tuesday, Chief Cabinet Secretary Katsunobu Kato, the government's top spokesman, declined to comment on reports that Abe had been questioned, citing the ongoing investigation.