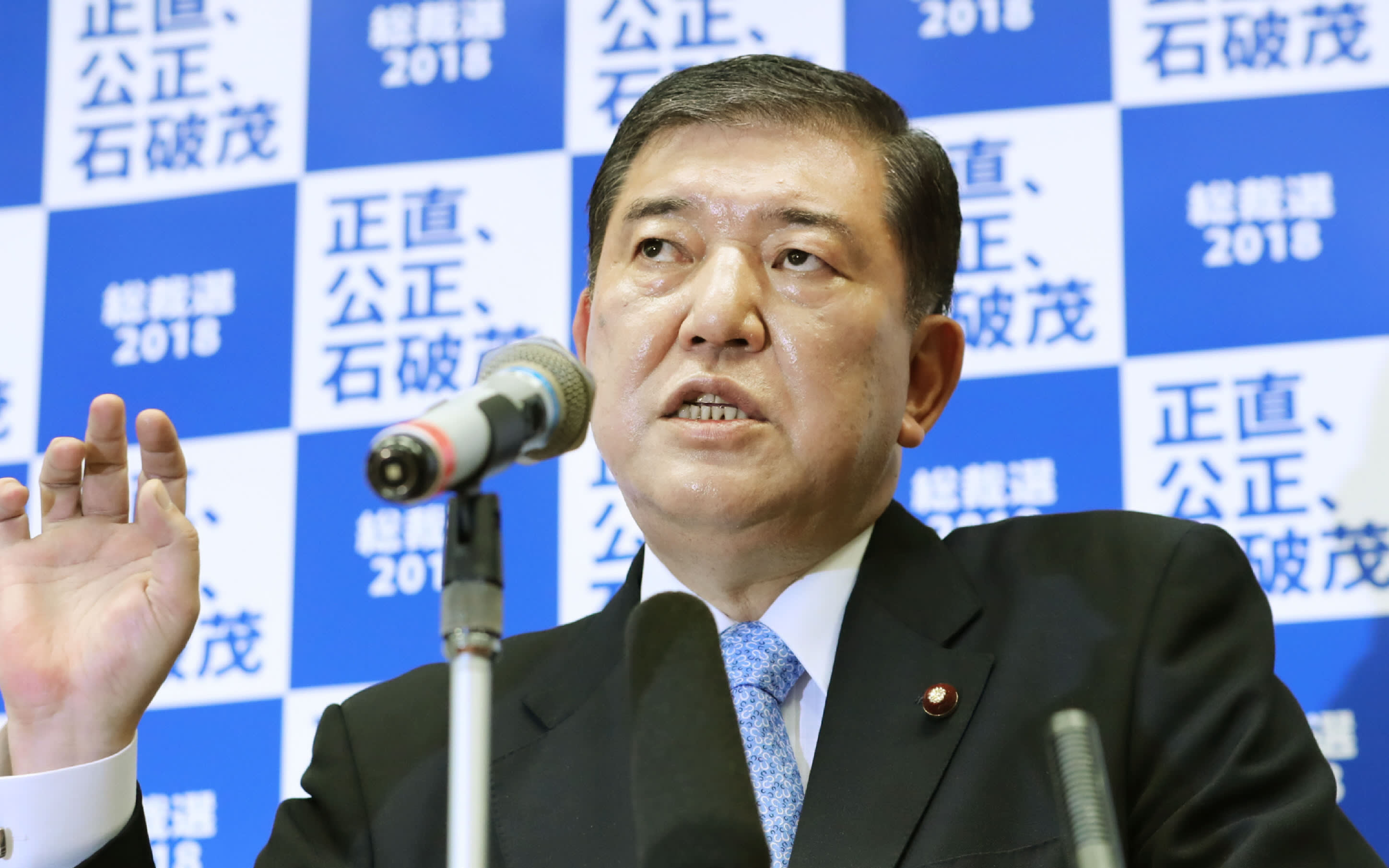 TOKYO -- A long-time rival of Japanese Prime Minister Shinzo Abe declared his candidacy Friday for president of the ruling Liberal Democratic Party, looking to deny Abe a third consecutive term and take over as the nation's leader.

"I wish to pursue politics that is honest, fair, humble and meticulous," Shigeru Ishiba, a former defense minister, told reporters inside the parliament building.

He appeared to take a jab at the cronyism scandals hounding Abe by proclaiming a "100-day plan to restore confidence in the government" that would be unfurled by the end of the year. The vote for LDP chief takes place in September.

As for Abe's push to amend Japan's pacifist constitution, Ishiba urged focusing on granting the prime minister extraordinary emergency powers and eliminating electoral districts that cover more than one prefecture.

"Regarding Article 9, a deep understanding from the people is needed," Ishiba said, referring to the charter provision that renounces war as a means of resolving conflict.

Ishiba also called Japan's fiscal policy unsustainable due to the declining population. "Government spending and social insurance cannot be maintained as is," he said.

Ishiba, who also served as the LDP's secretary-general, is the only one so far to announce a bid against Abe.

Seiko Noda, the internal affairs minister, is considering a run, but she has yet to secure the necessary 20 endorsements from party members.

Ishiba faces an uphill battle. Apart from his own 20-member intraparty faction, he can count on support from a majority of the LDP's third-largest faction, led by Wataru Takeshita. But Abe, who is expected to declare his bid for re-election on Saturday, commands loyalty from the five other factions.

Abe has struggled in the polls amid favoritism scandals surrounding both school operator Moritomo Gakuen and a veterinary school. He trailed closely behind 37-year-old LDP lawmaker Shinjiro Koizumi -- the son of former Prime Minister Junichiro Koizumi -- in a recent Nikkei poll asking voter preference for the next party leader. Shinjiro Koizumi does not plan to enter the party presidential race. Respondents put Ishiba in third place.

The race could turn on how well Ishiba courts the LDP's regional members, who hold the same number of votes as the party's lawmakers in parliament.