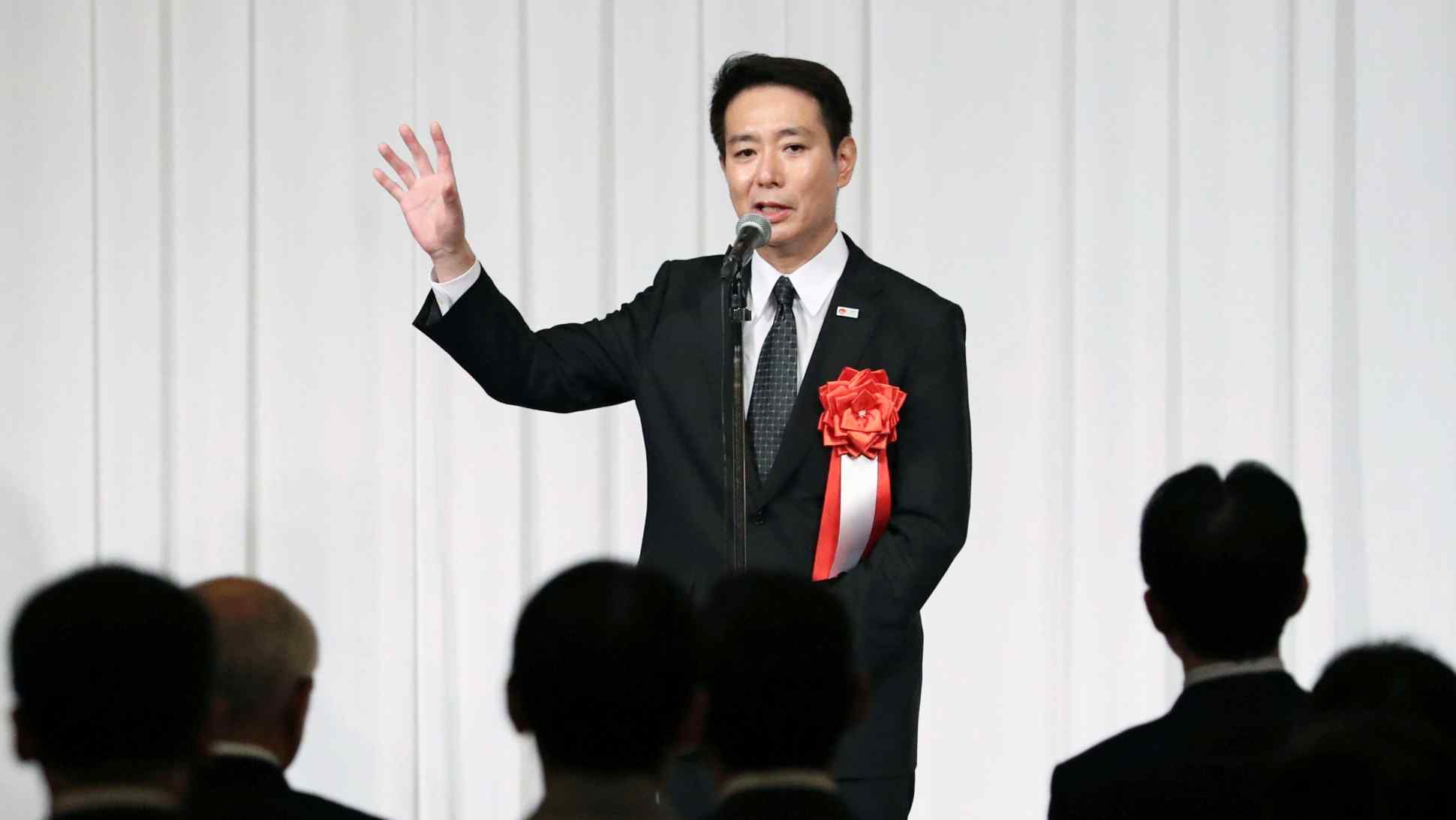 Seiji Maehara, head of Japan's leading opposition Democratic Party, speaks at a Wednesday gathering in the city of Sendai.
Politics

TOKYO -- Democratic Party chief Seiji Maehara's plan to merge with a new party led by Tokyo Gov. Yuriko Koike came as a surprise even to those close to him, as he launches a daring campaign to both unite the opposition and keep his own party from fading into irrelevance.

"We will make history," Maehara said at a party meeting on Wednesday. "We need to use every means available to put an end to the Abe government, and we can't win if the opposition is divided."

The plan is to not grant an endorsement to any Democratic Party member in the snap election for the Diet's lower house expected next month, and instead to encourage them to seek an endorsement from Koike's Kibo no To, or the "Party of Hope."

"I had no idea," a Democratic Party official said Wednesday. Its members in the Diet's upper house also voiced their concerns at an emergency meeting.

Maehara is a known advocate for redrawing Japan's political map, and he has said before that he was not bound to the Democratic Party label. Some expected him to attempt to unify the opposition. But given that the snap election is coming up so quickly, many thought he would stick to existing party lines for now.

Still, there had been signs. He had repeatedly spoken about a "one-on-one race" between the ruling coalition and the opposition. He agreed with Liberal Party President Ichiro Ozawa on Sunday that the opposition must unite. Then on Tuesday, he told Rikio Kozu, head of the Japanese Trade Union Confederation, or Rengo, about the merger plans. He also discussed the idea with several Democratic Party heavyweights on Wednesday.

Maehara is mainly concerned about his party's waning influence. Japan's leading opposition party never fully recovered from losing control of the government in 2012, and its approval rating has languished in the single digits even after reforming under its current name. It was virtually a non-player in the Tokyo assembly election in July amid the meteoric rise of a regional party effectively led by Koike. Maehara wants to prevent another humiliating defeat.

Rengo, Japan's largest labor group and the Democratic Party's main support base, is on board with the proposed merger. Its Tokyo branch even sided with Koike's faction in the Tokyo race. "We appreciate that [Gov. Koike] has squarely addressed our Tokyo branch's positions," Kozu told reporters Wednesday.

Rengo boasts roughly 6.8 million members nationwide, and candidates backed by the group can count on block votes and help in organizing stump speeches and putting up posters. Koike likely began merger talks with Maehara to secure Rengo's help, a major boon to her party with no roots outside Tokyo.

"Opposition parties that share the same ideals must fight as one," Kozu has repeatedly said. But he did express some reservation over a merger, stressing that parties must be careful in determining whether they are compatible together.

"Whether they come as a group or individually, we will decide if we can fight alongside them," Koike meanwhile said on TV Wednesday, suggesting that her Kibo no To would decide who can run under the party's banner.

Citing issues like national security and the constitution, "it's not good for us to label ourselves right or left," she said. "We need to confirm each person's position."

"We are screening which lawmakers we can accept and who we cannot," a source from Kibo no To said. Should the party refuse to take in Democratic Party members it deems too left-wing, Rengo could face internal rifts on who to support.

"It is a must that Kibo no To takes in all Democratic Party members," a Rengo official said.

Regardless of how the exact merger would pan out, Maehara himself is planning to run as an independent -- a demonstration of his resolve to save his party.