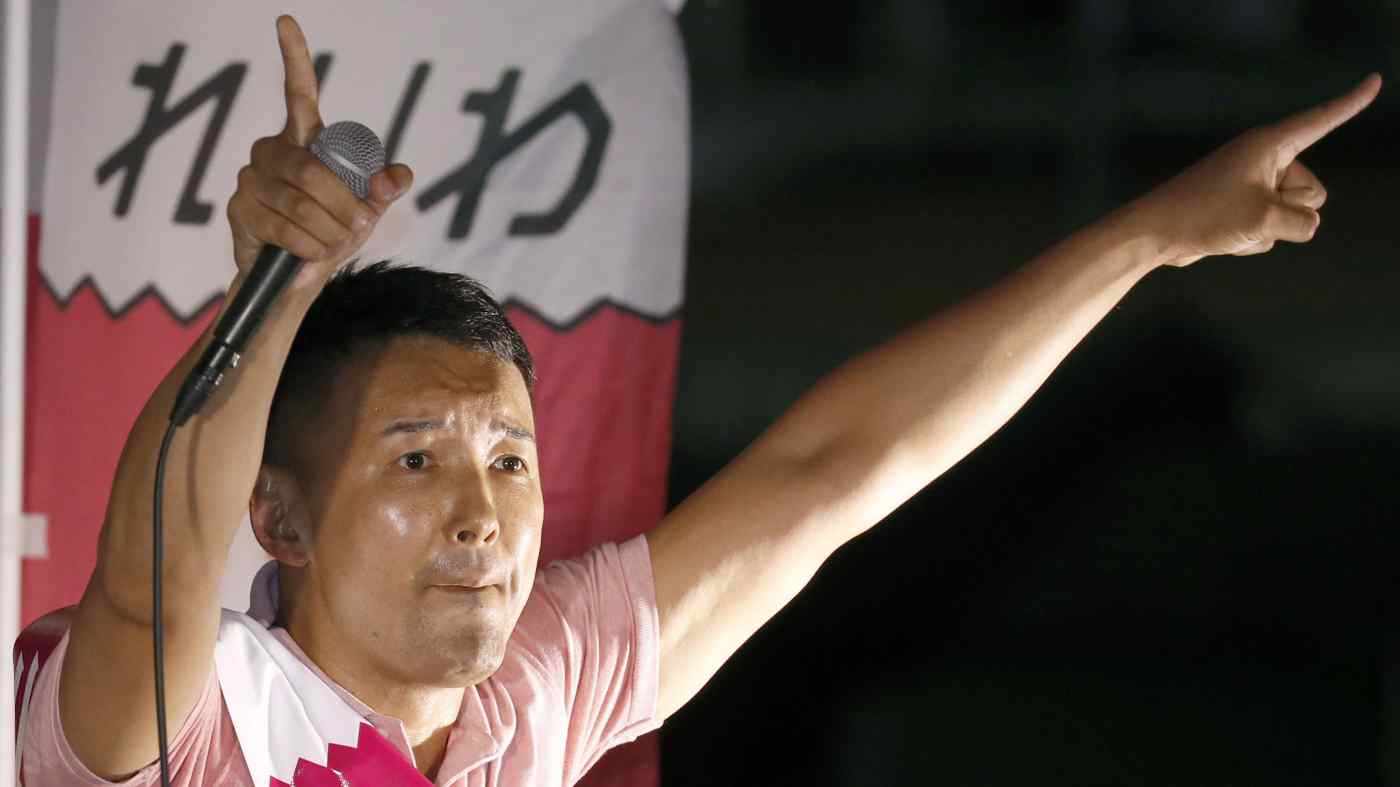 TOKYO -- The leader of a small political party with just two seats in the upper house of parliament is emerging as a credible threat to Japan's political establishment.

Taro Yamamoto, 45, who heads the Reiwa Shinsengumi party, is rumored to be contemplating a run in the Tokyo gubernatorial election slated for next July. Some in Prime Minister Shinzo Abe's ruling Liberal Democratic Party reckon he could mount a serious challenge against the reelection of incumbent Yuriko Koike if all opposition parties rally behind him.