Approval for Suga cabinet sinks as coronavirus pandemic drags on 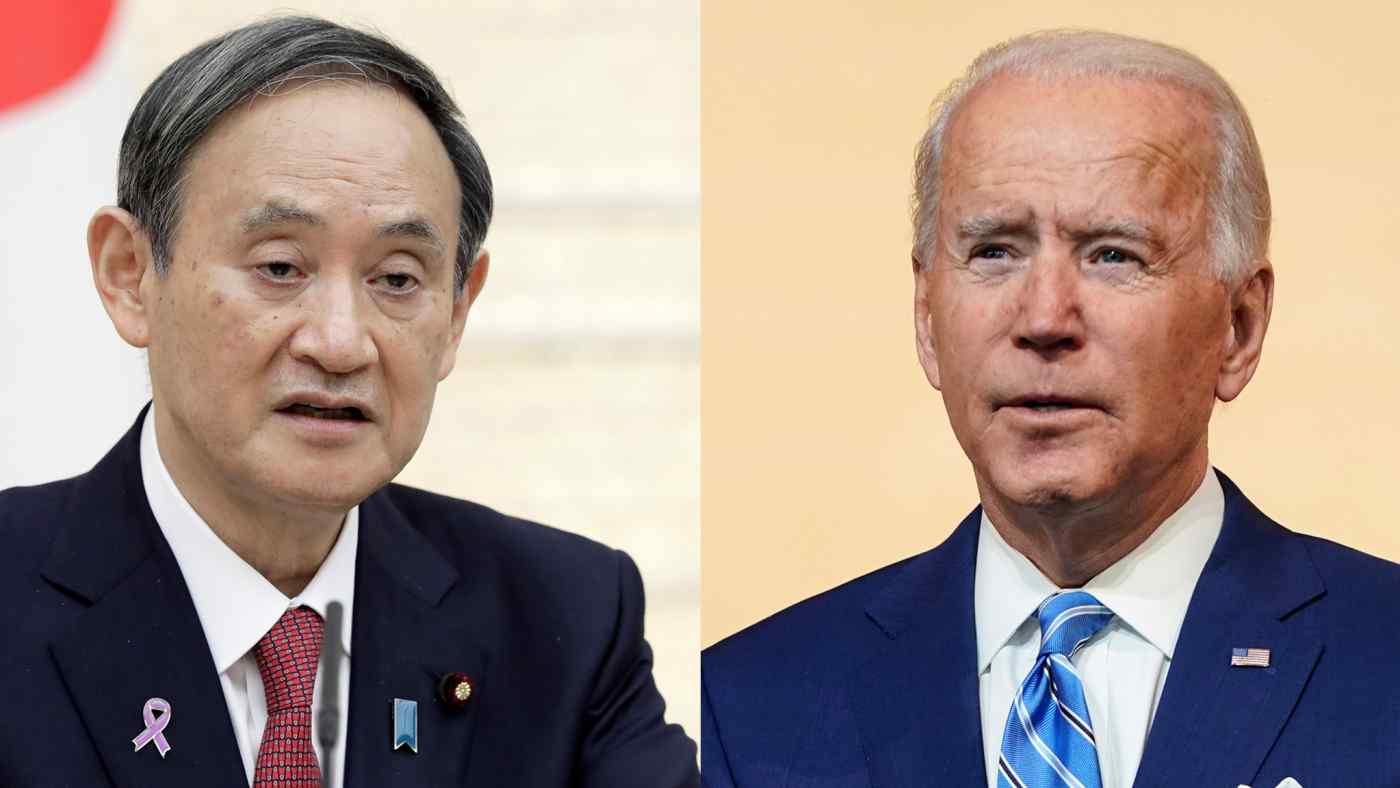 TOKYO -- U.S. President-elect Joe Biden's focus on international cooperation and alliances appears to have struck a chord with the Japanese public, a Nikkei/TV Tokyo poll finds, as more respondents expect better or similar bilateral ties than after the election of President Donald Trump.

An improvement in Japan-U.S. relations under the Biden administration was forecast by 18% of respondents, and another 66% expect no change. Just 8% said ties would worsen.

Biden repeatedly discussed the importance of American ties with the world during his campaign. The president-elect also assured Prime Minister Yoshihide Suga in a call on Nov. 12 that U.S. obligations to defend Japan extend to the Senkaku Islands, which China claims as the Diaoyu.

In contrast, the first poll conducted after Trump won the presidential election in November 2016 found that 34% of respondents expected relations to deteriorate, while roughly 50% saw an improvement or no change.

Meanwhile, approval of Suga's cabinet fell 5 percentage points to 58% from the previous poll in October. The Japanese public's concerns over the protracted  coronavirus pandemic appear to be rising, with 48% of respondents saying they do not approve of the government's response -- up 13 points from the last poll, and outnumbering the 44% who approve.

Still, public approval of Japan's coronavirus response remains above the 40% recorded when the outbreak first began to spread nationally in February, as well as the 42% during the second wave in July.

Among those who approved of Suga's cabinet, 41% cited his character, 27% attributed their support to the ruling Liberal Democratic Party's central role and 26% noted the cabinet's stability. Just 11% of this group approved of the cabinet because of its policies, down 9 points from the October poll.

Cabinet disapproval rose 6 points to 32%. The most cited reason for disapproval was a lack of leadership, at 37% -- up from 12% in October. Twenty-nine percent cited bad policies.

In terms of policy priorities, 64% said Suga should focus on the coronavirus response. That figure rose 16 points from the last poll, and uncertainty over when the pandemic might end could be contributing to the decline in approval rates.

Economic recovery and Japan's pension, health care and nursing care systems ranked second and third on the priorities list, at 38% and 36%, respectively.

Despite the growing concerns about Suga's cabinet, 70% of respondents approved of his commitment for Japan to become carbon neutral by 2050, far outnumbering the 23% who did not. Support was strong across political and demographic lines, coming to 77% among those who approve of the cabinet and 62% among those who do not.

The poll was conducted by phone from Friday to Sunday using random-digit dialing. It received 993 responses from men and women 18 and older, for a response rate of 45.1%.