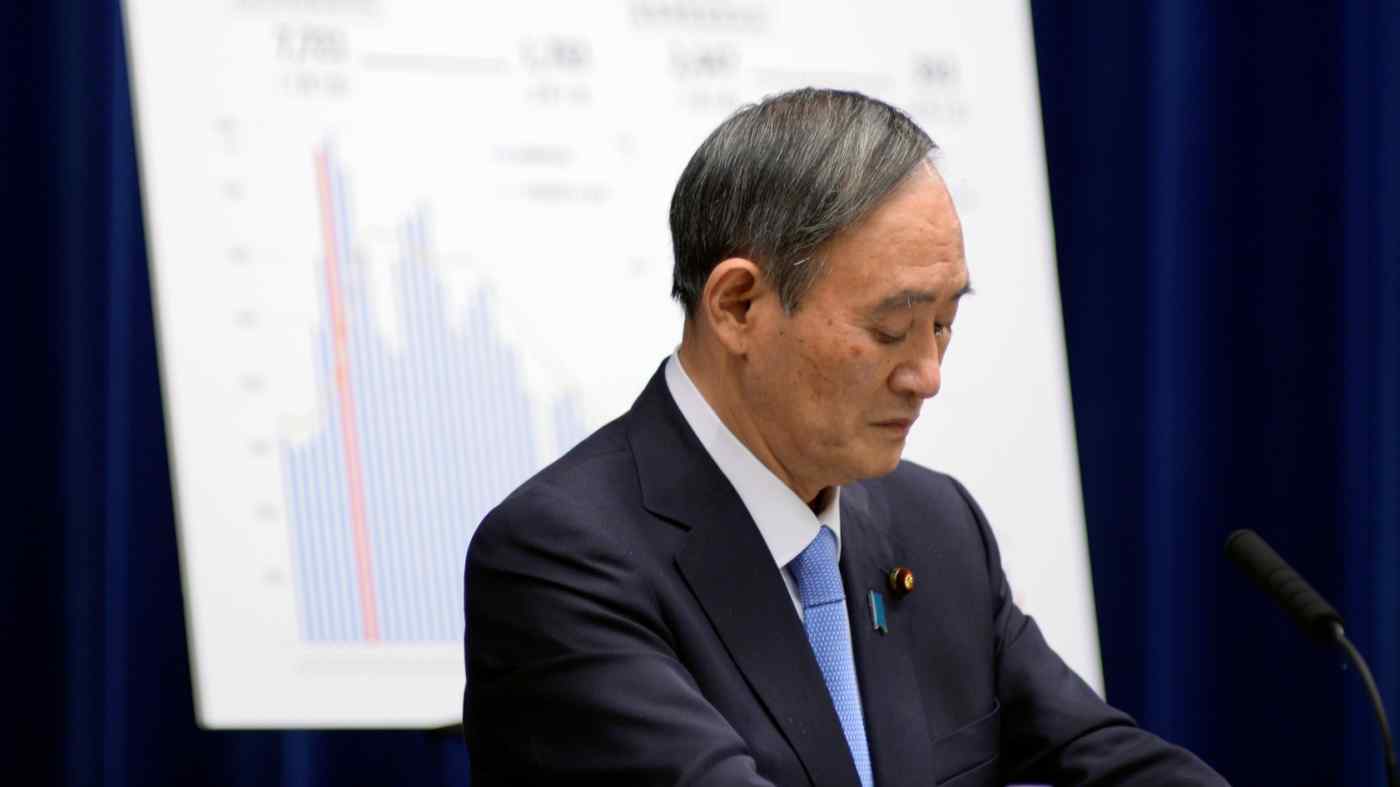 TOKYO -- The approval rating of Prime Minister Yoshihide Suga's government remains mired below the break-even line, with 44% expressing support for Japan's leader, according to a Nikkei-TV Tokyo poll published Sunday, essentially unchanged from 43% in January.

Disapproval stood at 48%, close to the 50% reported in January, and outpaced approval for the third month in a row.

A lack of leadership was cited by 46% of those who did not support Suga, while 35% expressed dissatisfaction with the operation of government and the ruling Liberal Democratic Party, and 23% professed a lack of confidence in the prime minister's character, up 5 points from the previous month.

Suga faces controversy over his oldest son, who works for a satellite broadcaster, wining and dining top communications bureaucrats. Among respondents, 69% said they could not accept the prime minister's explanation so far of his son's actions, while only 19% said they did.

As for Suga extending the COVID-19 state of emergency for the Tokyo area to March 7, 57% approved of extensions for certain regions while 26% said it should be done for the entire country, giving a total of 83% in favor of extensions.

In the greater Tokyo region, 17% said they favored a total lifting of the emergency. Older respondents were less likely to support a total lifting, with only 7% of those 60 or older backing the idea.

However, 56% said they approved of the government's approach to vaccination, compared with 34% who were dissatisfied. Only 31% said they would pursue an inoculation as soon as possible, but that figure was 18 points higher than in December. Some 57% said they wanted to see the side effects before receiving a vaccination.

As for what dissatisfied respondents about the nation's COVID-19 immunization policy, 46% cited the slowness to develop a vaccine at home, the most common answer.

The poll was conducted Friday through Sunday with 974 people contacted via telephone. The response rate was 44.9%.