These donors gave 2.7 billion yen ($24 million) overall, up 3% from 2015. Their contributions to the People's Political Association, the organization managing the LDP's funds, increased 1% to 2.32 billion yen.

The rise in LDP donations came amid annual calls since 2014 by the powerful Japan Business Federation lobby, also known as Keidanren, for member companies to make political contributions. The 2016 upper house election, which Prime Minister Shinzo Abe's party won, seems to have brought out the business community's hopes for stability in government and a continuation of the LDP's Abenomics program of pro-growth policies. Corporate and group contributions to the LDP have recovered since Abe returned to the prime minister's office in 2012, ending a stint in opposition for the party, which has ruled Japan for most of the postwar era. 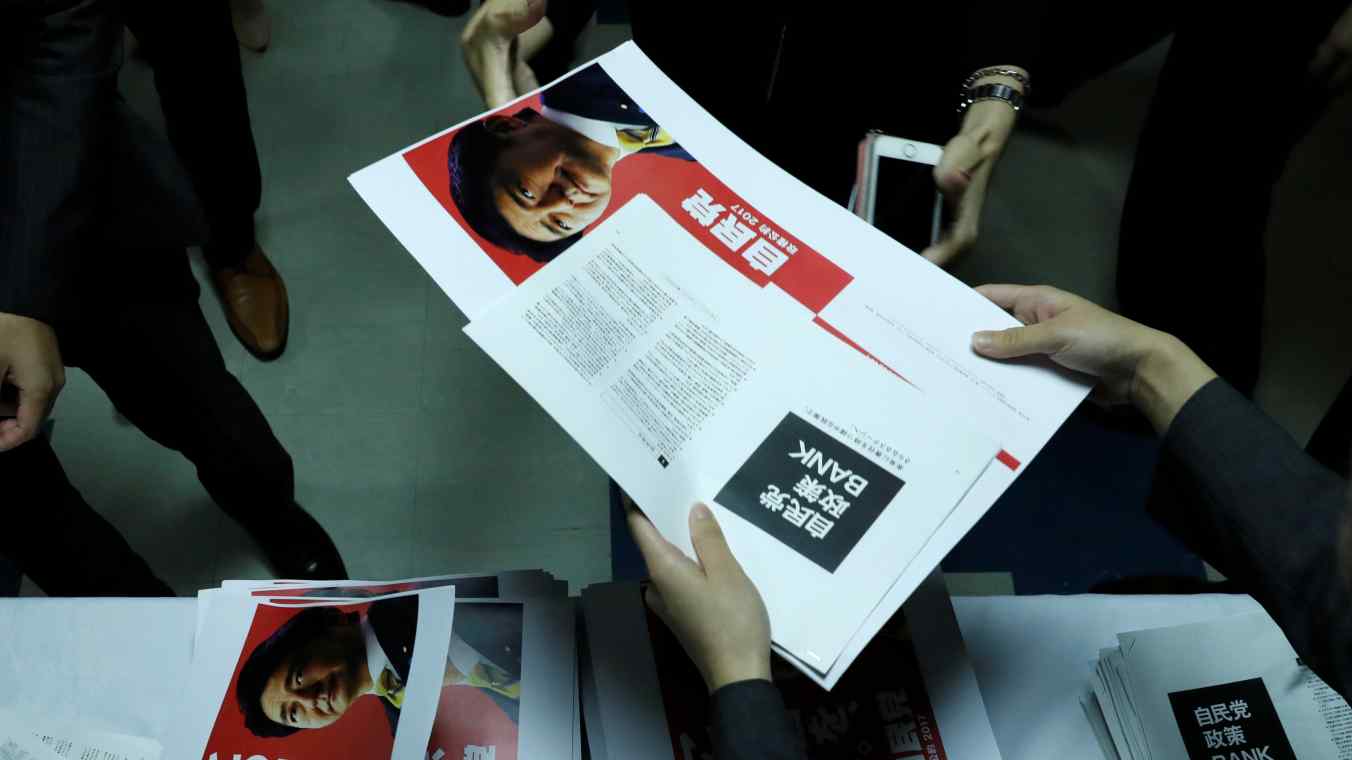 How does Japan fund election campaigns?

The Japan Automobile Manufacturers Association was largest single donor to the LDP organization in 2016, giving 80.4 million yen. Toyota Motor topped individual companies at 64.4 million yen, the same as in 2015.

The opposition Democratic Party, which effectively split ahead of this year's lower house election, had overall income of 10.68 billion yen, up 13% from its predecessor in 2015. The merger that created the party boosted its public funding by 20%. These subsidies accounted for nearly 90% of income in 2016 for the traditionally labor-union-backed party, which has advocated a ban on political contributions from businesses and organizations.

The smaller Japanese Communist Party ranked second in income at 21.67 billion yen. The party, which opposes the public-funding system and does not accept subsidies, earned nearly 85% of its income from business activities, such as publishing its national newspaper Akahata ("Red Flag").