By passing anti-conspiracy bill, LDP hopes to quiet its naysayers 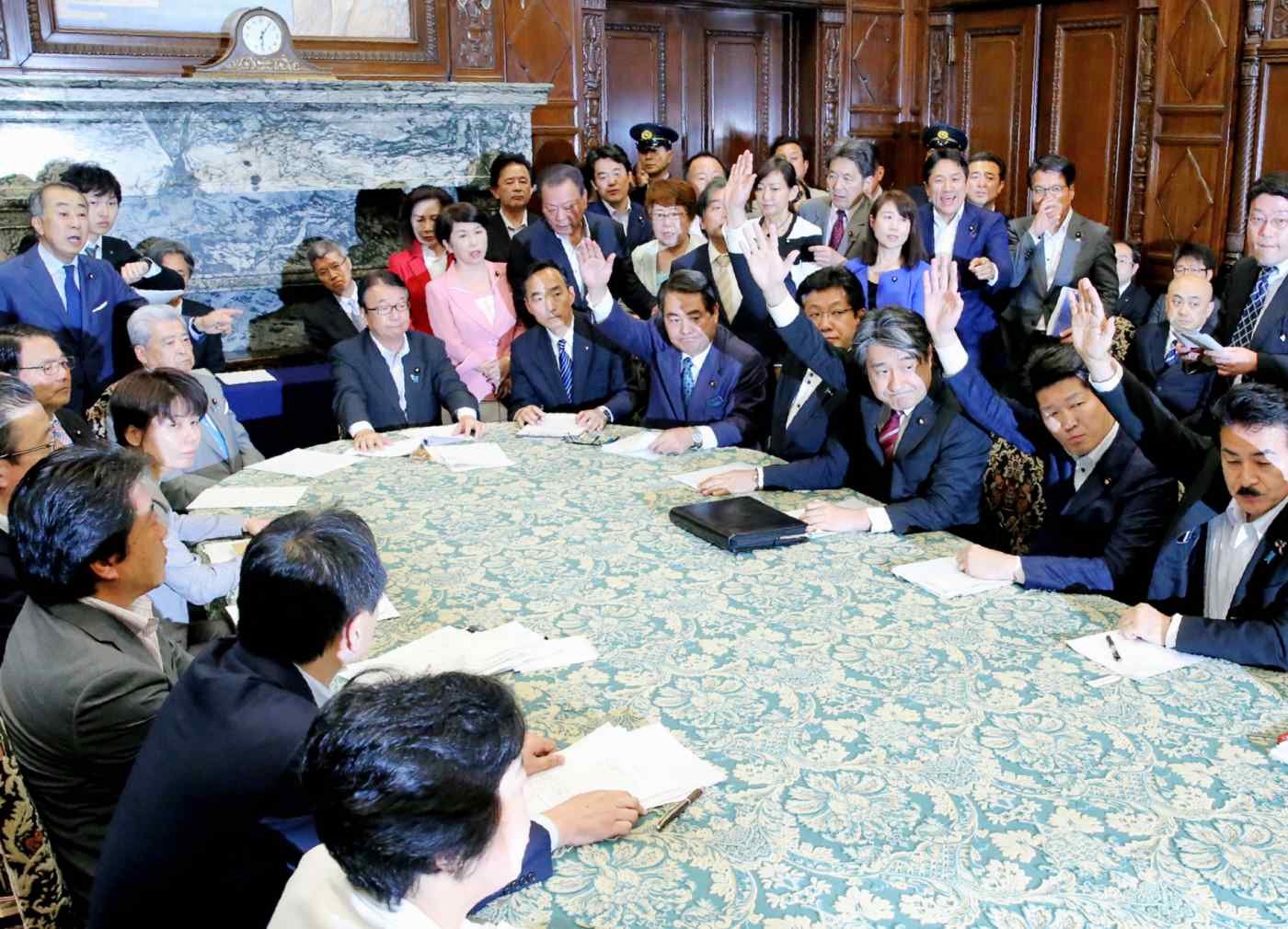 TOKYO -- With Prime Minister Shinzo Abe facing a growing political scandal, his ruling party resorted to a strong-arm tactic of forcing a quick floor vote on a controversial anti-conspiracy bill, aiming to divert public attention while scoring a legislative win.

"We can't do something like that!" Kazuya Shimba, who heads the leading opposition Democratic Party's Diet affairs committee for the upper house, exclaimed in a meeting Wednesday. "It would be suicide for the upper house. We haven't even deliberated."

He was speaking to Liberal Democratic Party counterpart Masaji Matsuyama, who had just proposed moving the bill out of committee and holding a full-chamber vote . The upper house on Tuesday was supposed to hit its 20th hour discussing the bill -- a key threshold toward its passage. But opposition parties blocked this by filing a censure motion against Justice Minister Katsutoshi Kaneda. This hardened the LDP's stance, prompting it convened a plenary session.

The upper house prides itself on being the voice of reason in often ugly political theater in Nagatacho. But ruling coalition leaders in that chamber dropped all that Wednesday to railroad the bill, which criminalizes certain acts as conspiracies.

By doing so, the coalition hopes to put a lid on a scandal involving school operator Kake Educational Institution. The government is expected to issue a new report as early as Thursday regarding its approval for the Kake school operator to open a veterinary school in a special strategic zone.

Opposition parties argue that politics played a role in this approval. On Wednesday, Kazunori Yamanoi of the Democratic Party called for intensive questioning over the issue.

The government fears that the scandal will grow, and potentially affect the Tokyo assembly election on July 2. The prime minister's office had urged LDP officials to end the current Diet session as soon as possible to put an end to the conversation on Kake.

But the government and ruling coalition were both committed to passing the anti-conspiracy bill -- which they failed to do the first three times -- this session. "This is our only chance," an LDP official said.

The Diet session is scheduled on Sunday.