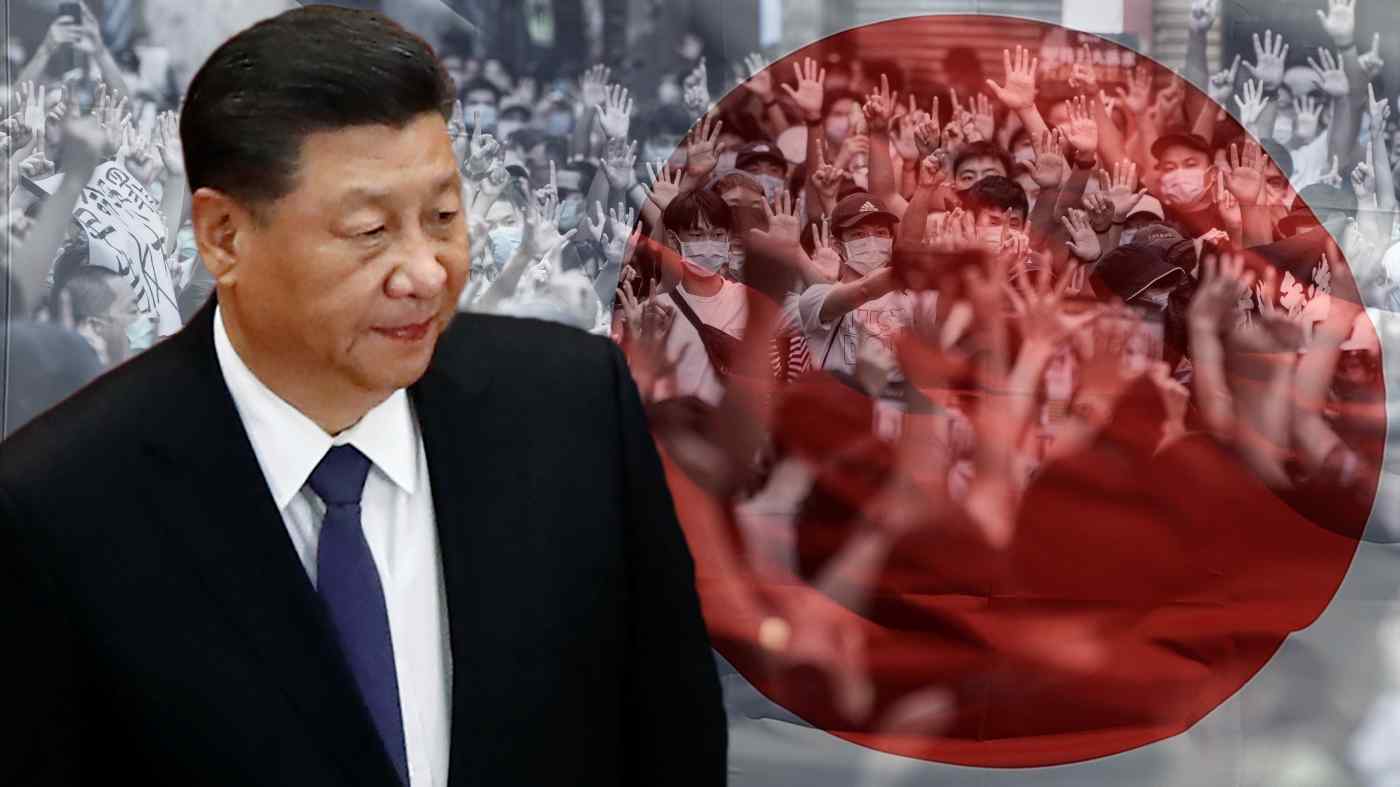 TOKYO -- Japan's ruling Liberal Democratic Party is stepping up pressure on the government to cancel Chinese President Xi Jinping's upcoming state visit, which has been postponed due to the novel coronavirus outbreak.

The LDP's foreign affairs division and other party members drew up a resolution on Friday in response to Beijing's passage of a new national security law for Hong Kong. The law was enacted earlier this week.

The resolution "strongly condemns" the law's enforcement and the mass arrests in Hong Kong that followed protests against the law. "We request China to be responsible, as a powerful nation," it said.

The document added that Japan should consider helping Hong Kong residents who wish to leave, such as by issuing work visas to them.

The foreign affairs division has been pushing for a harder line with China over the issue since May, when it submitted a proposal to the government to reconsider Xi's visit. The situation in Hong Kong is "domestic violence by the Chinese nation," said Yasuhide Nakayama, director of the division.

"China has a very different way of thinking," Shigeru Ishiba, the LDP's secretary-general and a potential successor to Prime Minister Shinzo Abe, said at a forum in Tokyo on Friday. "Japan must have the power to say clearly that it will not accept China's move. It must work together with its allies," he stressed.