Top-ranking bureaucrat forced out by reports of sexual harassment 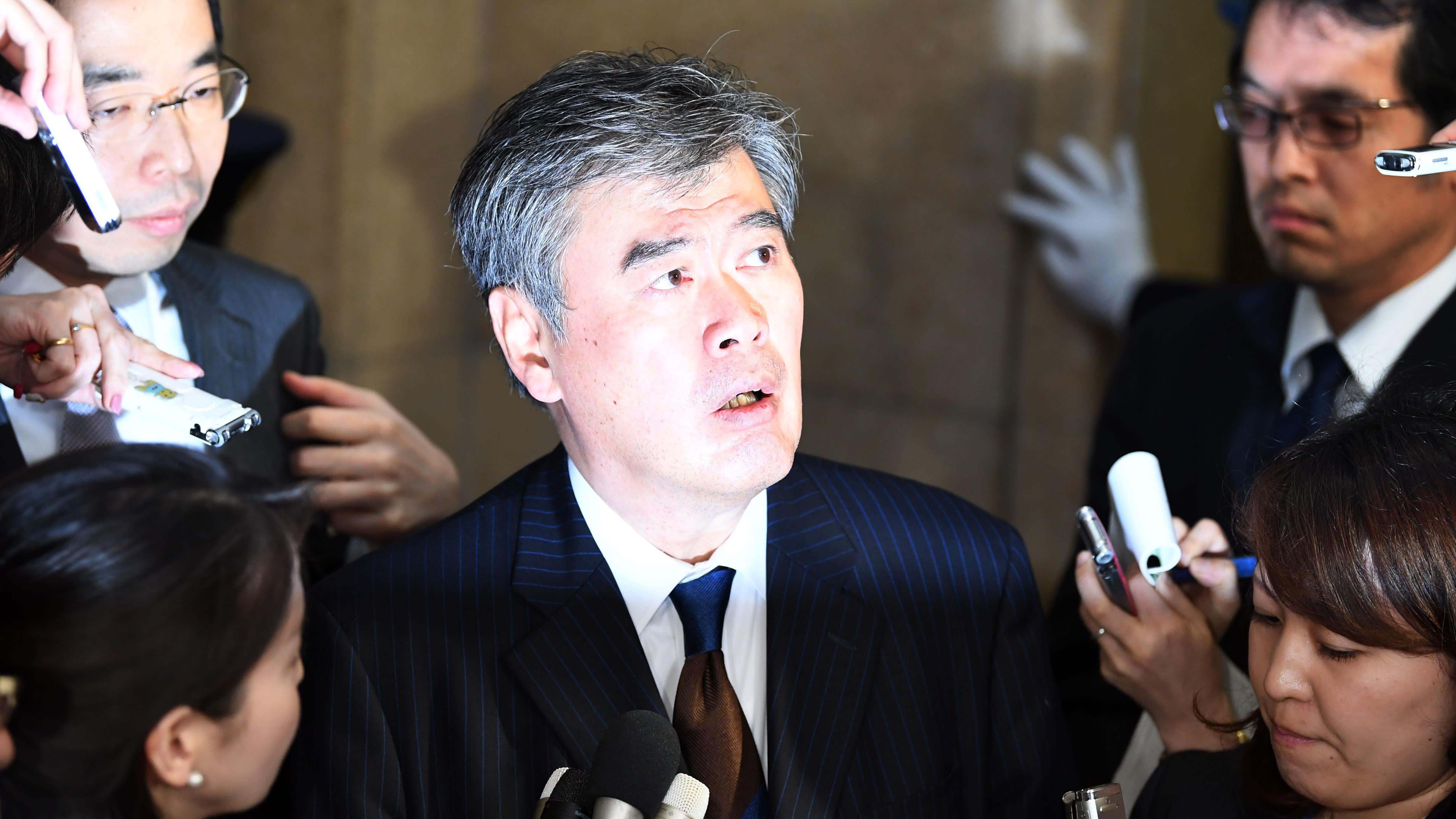 A weekly magazine had recently reported that Administrative Vice Minister Junichi Fukuda had sexually harassed female reporters. The article was published, along with audio evidence of what sounded like Fukuda's questionable comments to those reporters.

According to Aso, Fukuda offered to step down because it became difficult for him "to perform his duties." Aso accepted his resignation.

The Ministry of Finance has recently been hit by scandals. Former official Nobuhisa Sagawa, speaking as a sworn witness at the Diet, admitted late March that government documents related to a heavily discounted sale of state-owned land to a friend of Prime Minister Shinzo Abe were doctored while he was chief of the  ministry's department.

Aso's fitness to serve as minister has come under question as a result of these recent scandals. On Monday, the Ministry of Finance made a request to media organizations to find out if their reporters were harassed. The move sparked criticism especially within the ruling Liberal Democratic Party. The ministry's actions were "out of step with public perception," said Seiko Hashimoto, head of the LDP caucus in the upper house.

Aso has been a key figure in Abe's administration since the end of 2012. Any evidence that brings Aso's competence into doubt would shake the foundation of Abe's regime. Fukuda's resignation could rein in the scandal and avoid fiercer criticism of Aso and the Abe administration.

However, the response to the resignation so far has not been as the administration had hoped for. Opposition parties have already started pointing fingers at Aso. "Deputy Prime Minister and Finance Minister Aso has no other option but to resign," said Party of Hope leader Yuichiro Tamaki. "Prime Minister Abe's responsibility will also be rigorously questioned."

The Abe cabinet's approval rating has plummeted largely due to problems at the finance ministry. According to a Kyodo News survey conducted April 14-15, it had fallen to 37.0%, down 5.4 points from two weeks before.

Approval ratings below 30% is said to herald the end of a regime. Although Abe's ratings are still some way above that, his wish to be reelected in September for the third consecutive term as LDP leader seems to be getting harder and harder to fulfil.