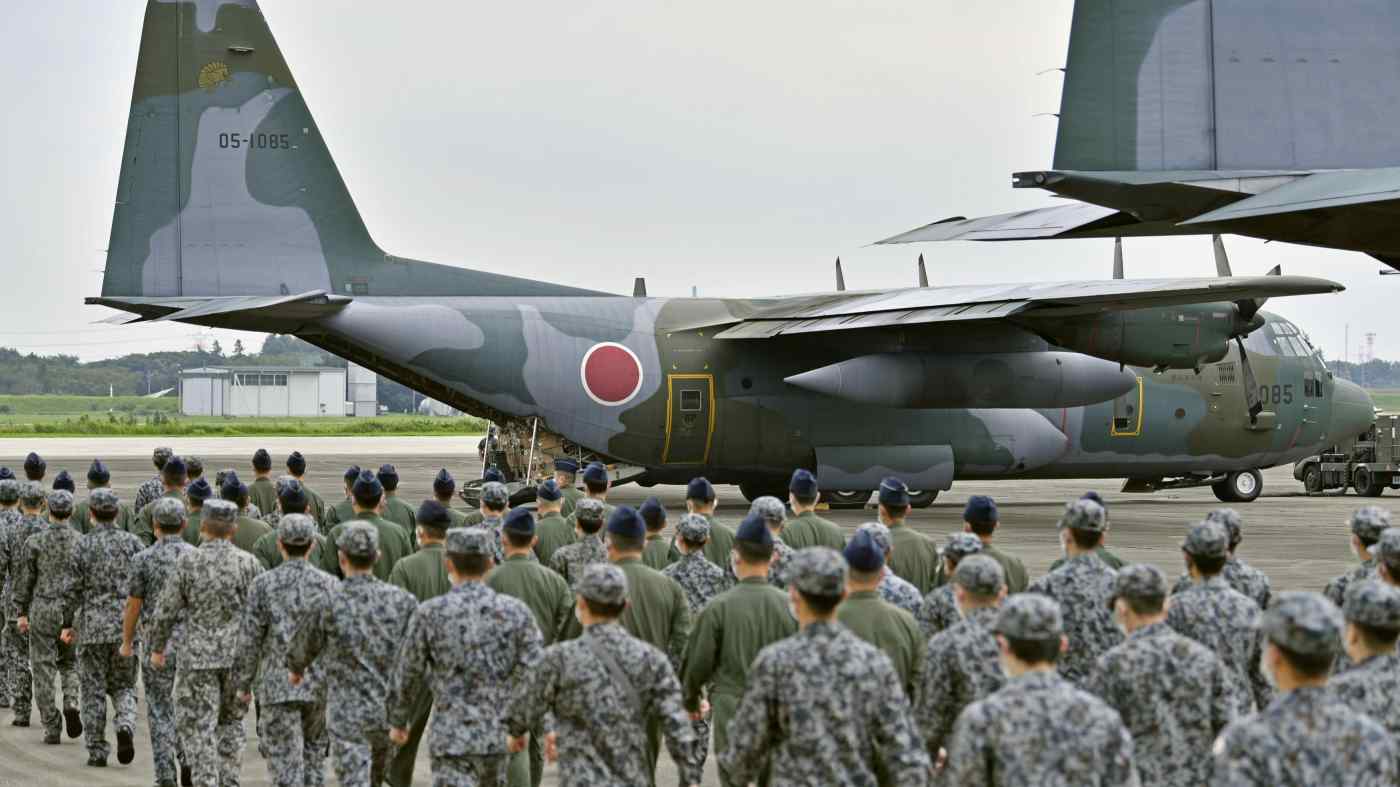 The request would exceed a record 5.3 trillion yen allocated in the initial budget for fiscal 2021 started in April, rising for the tenth consecutive year. It does not include outlays linked to hosting U.S. military bases, which have been about 200 billion yen annually.

The ministry said it also left out the cost of upgrading 70 F-15 fighter jets. It aims to install Lockheed Martin's air-to-surface standoff missile and will continue negotiations with the United States to decrease the estimated total cost of 398.0 billion yen.

It ramped up research and development expenditures, up 114.1 billion yen to a record 325.7 billion yen, for potentially game-changing technologies, such as crewless aircraft using artificial intelligence, to support next-generation fighter jets, while continuing enhancement of capabilities in such new domains as outer space and cyberspace.

The request for such spending will include systems for the electromagnetic spectrum to shoot down drones and other aerial threats with high-energy lasers or microwaves.

Such islands include the Japanese-controlled, Beijing-claimed Senkaku Islands, which China calls Diaoyu, in the East China Sea. Missile units will be placed on Ishigaki Island to strengthen defense capabilities around the country's southwest chain of islands, the ministry said.

The ministry requested 37.9 billion yen for standoff missiles to be launched from various platforms, including ships and aircraft.

The ministry asked for 5.8 billion yen to modify radars for new ships equipped with the Aegis missile interceptor system after scrapping the plan to introduce a U.S.-made Aegis Ashore land-based missile defense system.

But the ministry put off costs to construct Aegis system-equipped ships as it has yet to decide on detailed operation plans.