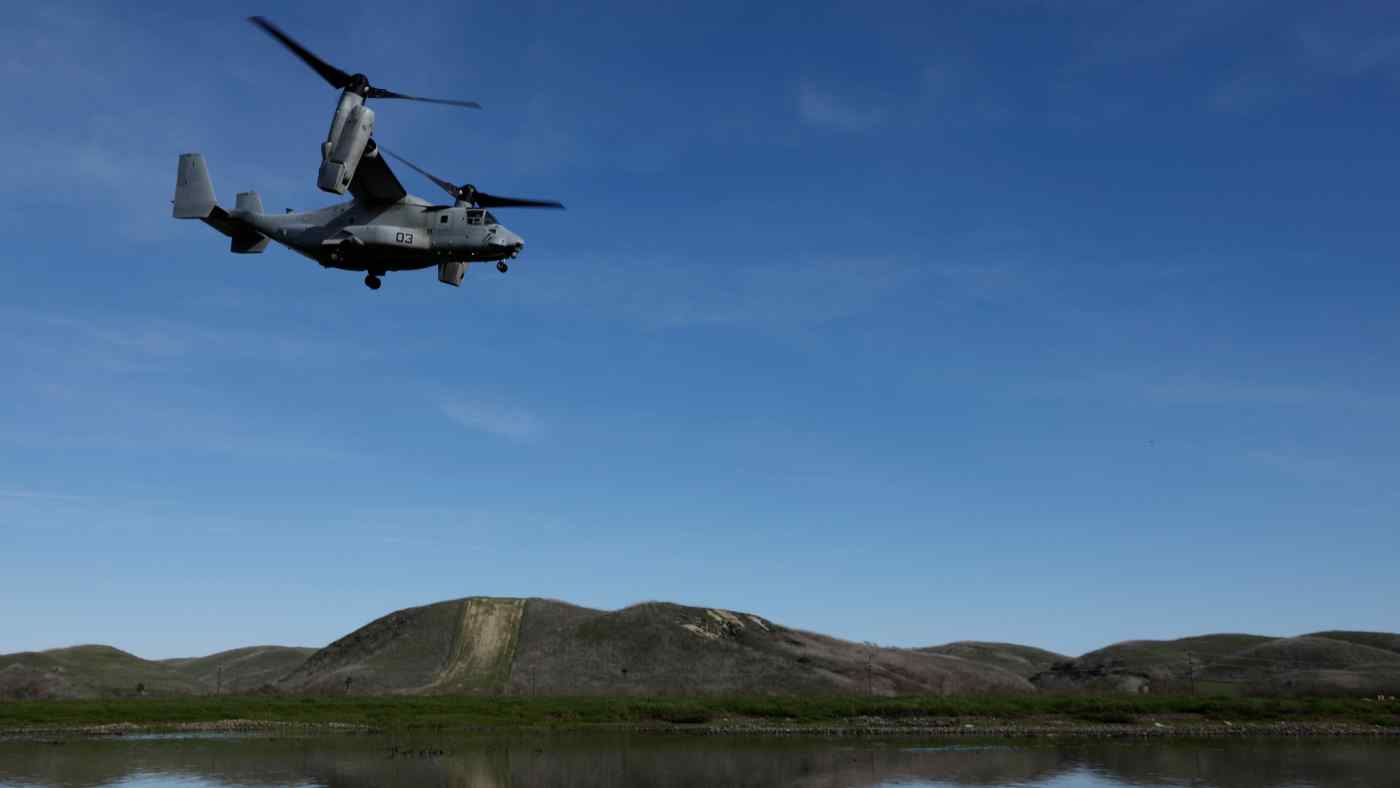 Japan's Ministry of Defense and the U.S. Defense Security Cooperation Agency agreed to work to increase transparency in pricing as well as tackle such issues as late orders and unpaid reimbursements.

But Washington alone sets the prices and delivery time frames for such purchases. Tokyo must pay upfront for each order, and any payments exceeding the final cost are refunded only after the equipment is received.

The U.S. has not always kept to the terms it sets. Japan's Acquisition, Technology and Logistics Agency found 49.3 billion yen in unrefunded overpayments on projects past their estimated due dates at the end of fiscal 2018. Of these, 32.6 billion yen worth of equipment across 132 cases had yet to be delivered. The agency also found cases of purchase prices ballooning beyond the original estimates.

Tokyo hopes to persuade Washington to agree to some improvements to the system in time to incorporate them into the fiscal 2021 draft budget request due out this summer, as well as to rework recent purchase agreements accordingly.

Its orders through the program in recent years include F-35 stealth fighters, Osprey tilt-rotor transport aircraft and Aegis Ashore missile defense systems. Japan prepaid roughly 140 billion yen for the Aegis Ashore systems without having decided where to deploy them.

Japanese Defense Minister Taro Kono called for changes to the system in a meeting Tuesday with Lt. Gen. Charles Hooper, the director of the Defense Security Cooperation Agency, which administers the FMS program. Hooper called the program the fastest and most efficient way to provide Japan with the world's best equipment.

Trump may lean on Japan to further boost purchases of American-made gear ahead of the upcoming U.S. presidential election. Doing so would be difficult for a country with a relatively constrained defense budget, particularly if Tokyo is forced to accept American pricing under the existing framework.

The U.K. and France also buy equipment via FMS. But unlike Japan, they keep their costs down through agreements with Washington that allow some fees to be reduced or waived. Hammering out fee waivers will likely be on the agenda in future talks on this issue.

Administrative surcharges for quality assurance and inspections, for example, can be waived if the purchasing country handles those tasks -- something for which Japan lacks a system.