Suga counts on momentum from games and vaccination push 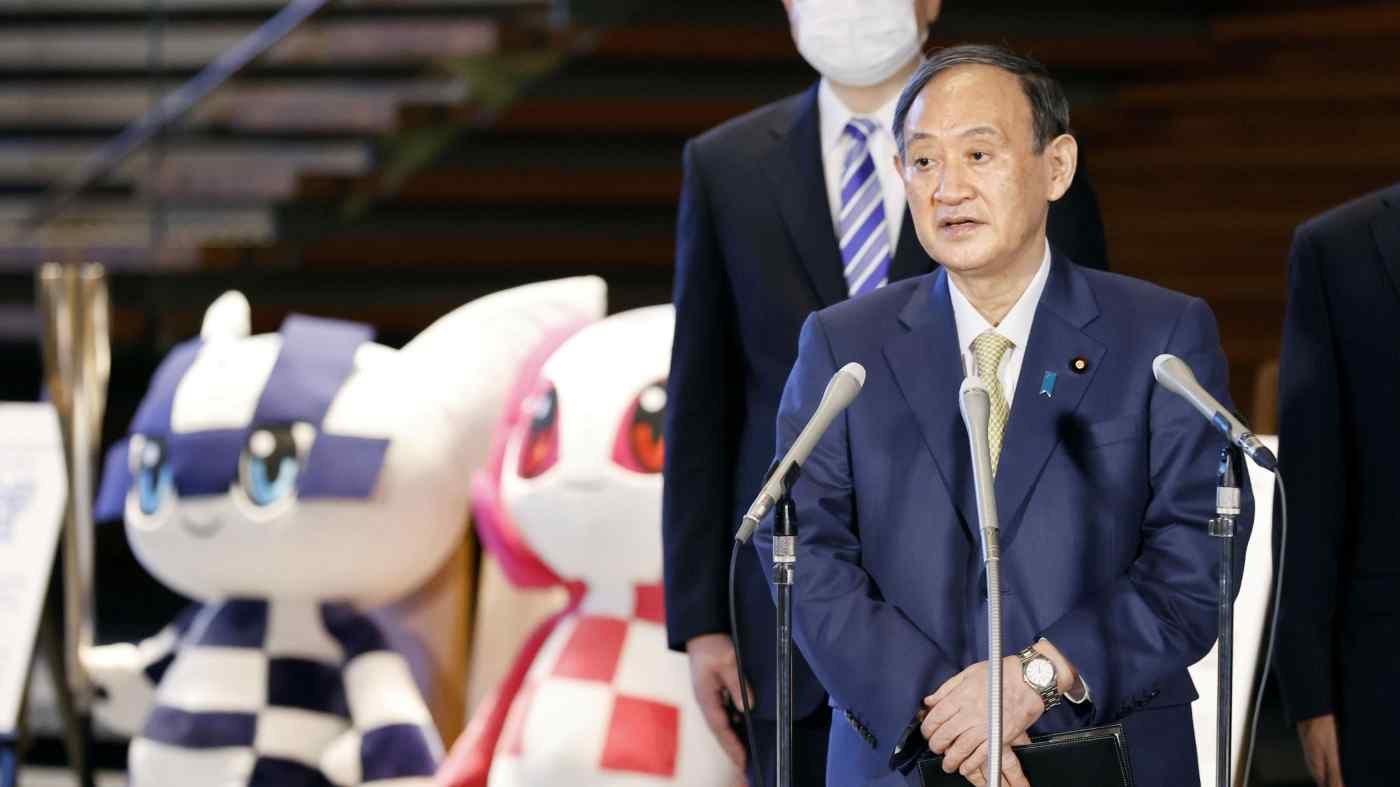 TOKYO -- With the parliamentary session coming to a close after a failed no-confidence vote against his cabinet, Prime Minister Yoshihide Suga will now focus on hosting a successful Olympics, with an eye toward dissolving the lower house in early September.

The motion, submitted by four opposition parties, was voted down Tuesday by the ruling coalition as expected.

Before the vote, Yukio Edano, head of the opposition Constitutional Democratic Party, blasted the government's handling of the coronavirus and argued that Suga is "unfit to be a leader during an emergency." The opposition camp demanded that the Diet session, slated to end Wednesday, be extended, which was promptly rejected.

The upcoming general election will mark the first real test of public support for Suga, who took over after predecessor Shinzo Abe resigned late last year. In addition to the government's pandemic response, Suga will tout his record on fighting climate change and his push to digitize government work.

The Olympics are set to begin July 23, followed by the Paralympics. Despite public opposition to the games, the government has never wavered on hosting them, and cancellation looks unlikely at this point.

The government aims to finish administering both vaccine doses to all older adults by the end of July to set the stage for the event.

It has also set a target of completing the vaccination of all willing adults by October or November. The hope is that reining in new cases in the run-up to the election will bolster support for the prime minister and his cabinet.

The election must be held before the current term of the lower house expires on Oct. 21.

The ruling party will draw up economic stimulus plans this summer to include in its election platform. The measures will center on helping industries hit hard by the virus, including tourism, restaurants and transportation.

Opposition lawmakers are pushing for a 30 trillion yen ($270 billion) supplementary budget, and the government and ruling coalition are likely to go big.

Suga hopes to parlay a successful Olympics, stimulus measures for a post-pandemic economy, and an aggressive vaccination drive into public support that could push his Liberal Democratic Party to an election victory.

Suga has indicated that he wants to dissolve the lower house before his term as party chief ends Sept. 30. Based on the rest of the calendar, that looks set to take place between Sept. 8 and Sept. 17, with the election coming Sept. 29 at the latest. If a snap election is called that month, the party will likely opt to push back the leadership race to let the general election play out first.

This was the first no-confidence motion against the cabinet to be submitted by the opposition camp in two years. The motion had no chance of passing, but the opposition made sure that submitting it would not prompt Suga to dissolve the lower house to avoid an election at the height of the pandemic.