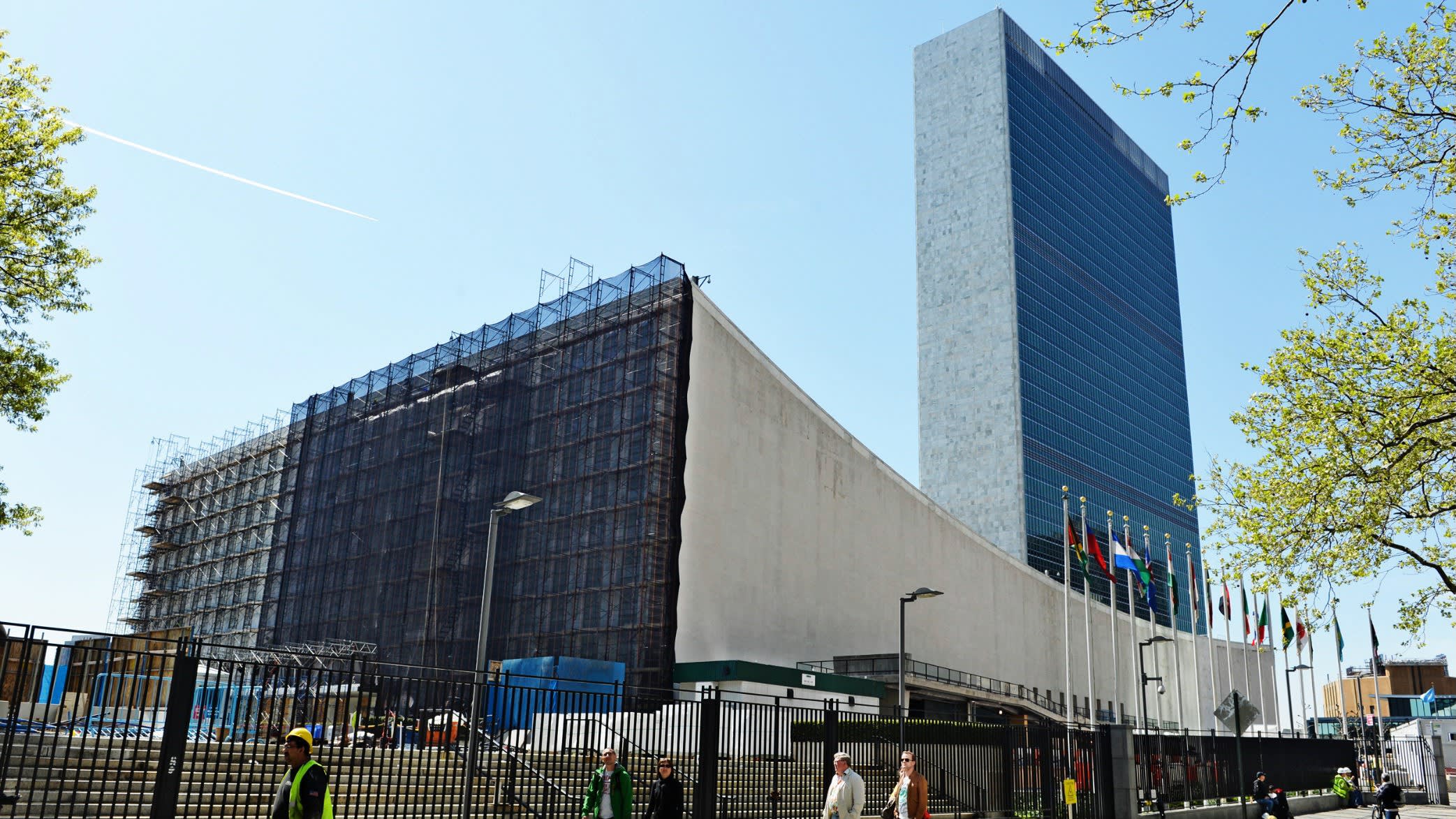 Ministers to gather at UN for Dec. 15 meeting on Pyongyang's weapons tests

UNITED NATIONS -- Japan assumed the presidency of the U.N. Security Council for the month of December on Friday, putting North Korea's continued development of nuclear and missile programs front and center on the agenda.

Following closed consultations to set the council's monthly agenda, Japanese ambassador Koro Bessho informed reporters of a meeting set for Dec. 15 to discuss the North's military tests, which stand in violation of Security Council resolutions. The meeting should draw foreign ministers and other senior officials.

"We have had some silence from [North Korea] as far as provocative actions are concerned," Bessho said, noting the lull in missile testing that had lasted more than two months. "But as you know, this week we had the long-range missile ICBM launch, which has again gathered the attention of the world, and we feel that it needs to be discussed."

Pyongyang broke that lull Tuesday by launching an intercontinental ballistic missile 2,700 miles into the air, and the device plunged into waters that are part of Japan's exclusive economic zone. Bessho called the test "a very strong threat to the security and safety of Japan." The Security Council held an emergency meeting the following day but took no further action at that time.

"Japan is talking with our friends, [allies] and partners, regional and global, in trying to find the best way to have DPRK change their policy," Bessho said at the news conference Friday, using an acronym for the North's official name, the Democratic People's Republic of Korea.

The council also is expected to hold a separate meeting covering human rights in North Korea. Though several council members requested the meeting, which has taken place annually for the past three years, China has traditionally opposed the discussion. To be officially added to the council's agenda, such a meeting needs support from nine of the 15 members in the event of a procedural vote.

The council also will be briefed on the refugee situation in Myanmar and likely will continue discussions on an accountability mechanism for the use of chemical weapons in Syria. Japan departs the Security Council at the end of December after concluding its two-year term as a nonpermanent member.