Japan steps on the gas for driverless-vehicle push

Autonomous truck convoys, lifts for seniors are on the agenda 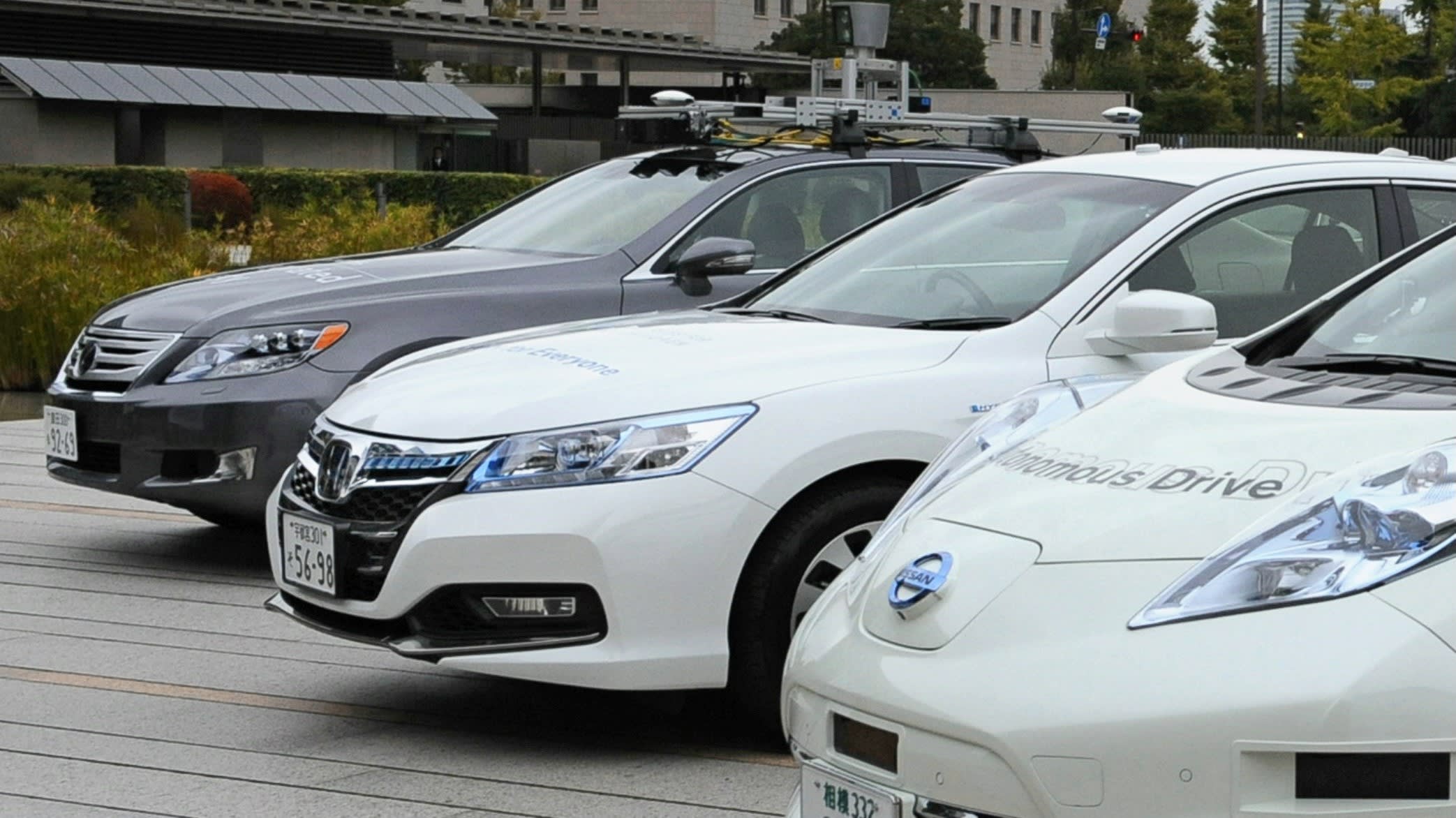 Driverless autos "will resolve regional labor shortages and limited mobility [for individuals] by 2020," Prime Minister Shinzo Abe told a government council Thursday. "We will examine the possibilities of system reforms based on new technologies."

From the fiscal year starting in April, driverless platoons of trucks will conduct test runs along the Shin-Tomei Expressway, an artery located partway between Tokyo and Nagoya. The convoys are slated to run in sets of three or more. Only the leading truck will have a human driver while the rest will follow via sensors. This eventually will provide relief to trucking companies struggling to find drivers.

Additionally, senior citizens in low population areas may receive driverless rides to stores or hospitals as the government brings mobility support services to at least 10 roadside stations and other locations nationwide.

The government looks to authorize "level three" or higher autonomous driving by 2020, in which systems control the vehicle unless human intervention is needed. But current Japanese law is unequipped to govern those vehicles, as it requires that a person be in the driver's seat and presumes that driver to have responsibility in a traffic accident.

Collaboration with automakers and other private parties is crucial. But "cost-effectiveness will determine how far we will go," said an executive at a major car manufacturer.