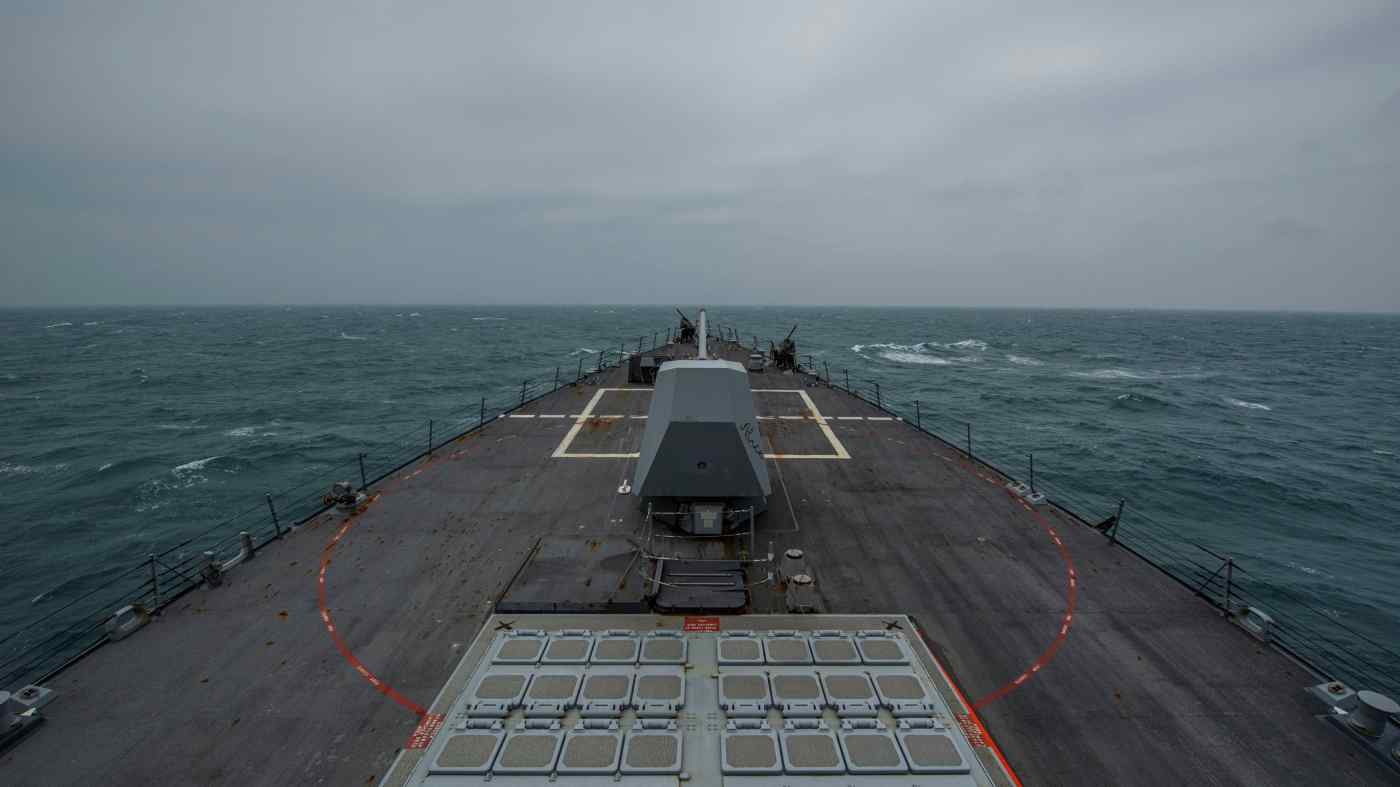 TOKYO (Kyodo) -- Stability in the Taiwan Strait is more important than ever, threatened by increasing Chinese military pressure, Japan's annual defense report said Tuesday, touching on the issue for the first time.

This year's white paper, reported to the cabinet the same day, said China has further intensified military activities around Taiwan, with some 380 Chinese warplanes entering Taiwan's southwestern airspace in 2020, citing data from the island's Defense Ministry.

The paper also mentioned that Chinese warships, including an aircraft carrier, sailed through the Bashi Channel, the waterway connecting the South China Sea with the western Pacific Ocean, and conducted a military drill last year.

"Stabilizing the situation surrounding Taiwan is important for Japan's security and the stability of the international community," the paper said.

As attention was growing to the timeline of a possible Chinese invasion of the island democracy, former U.S. Indo-Pacific Command chief Adm. Philip Davidson said in March that China could try to invade Taiwan "in the next six years."

Japanese Prime Minister Yoshihide Suga and U.S. President Joe Biden said in a joint statement in April that peace and stability are important across the strait, the first reference to Taiwan by the two countries' leaders in such a document in more than half a century.

Taiwan and mainland China have been governed separately since they split amid civil war in 1949. Beijing has since regarded Taiwan as a renegade province awaiting reunification, by force if necessary.

While pledging to build up his nation's military, Chinese President Xi Jinping committed to the "reunification" of Taiwan with the mainland in a speech on the 100th anniversary of the ruling Communist Party's founding.

Defense Minister Nobuo Kishi wrote the preface for the paper in a rare move, saying Japan would collaborate with such countries as Australia, Britain, Canada, France, Germany, India, New Zealand and the United States that share the same value to promote a free and open Indo-Pacific, an initiative apparently aimed at countering China's rising assertiveness.

The Taiwan issue was raised in the white paper to show that concerns voiced in the Japan-U.S. leaders' communique remain intact, said Takeshi Yuzawa, a professor of international relations of East Asia at Hosei University.

"Japan's intention is also reflected to show its increasingly serious concerns over China's military activity against Taiwan," he said.

The paper gives harsher criticism for China's "unilateral attempts to change the status quo by coercion" near the Japanese-controlled Senkaku Islands in the East China Sea. Beijing implemented a maritime law in February that allows its coast guard to use weapons against foreign vessels it views as illegally entering its waters.

Last year, Chinese vessels were spotted near the islands for 111 consecutive days, the longest streak since Japan bought the islets from a private owner and put them under state control in 2012. The paper claims activities of Chinese vessels represent "a violation of international law."

The law "includes problematic provisions in terms of inconsistency with international law," the paper said.

The paper includes a new section focusing on U.S.-China relations, describing the world's two biggest economies as being in a "strategic race" and saying their rivalry will be even more apparent in various fields.