Customs officials race to keep up as visitor numbers surge 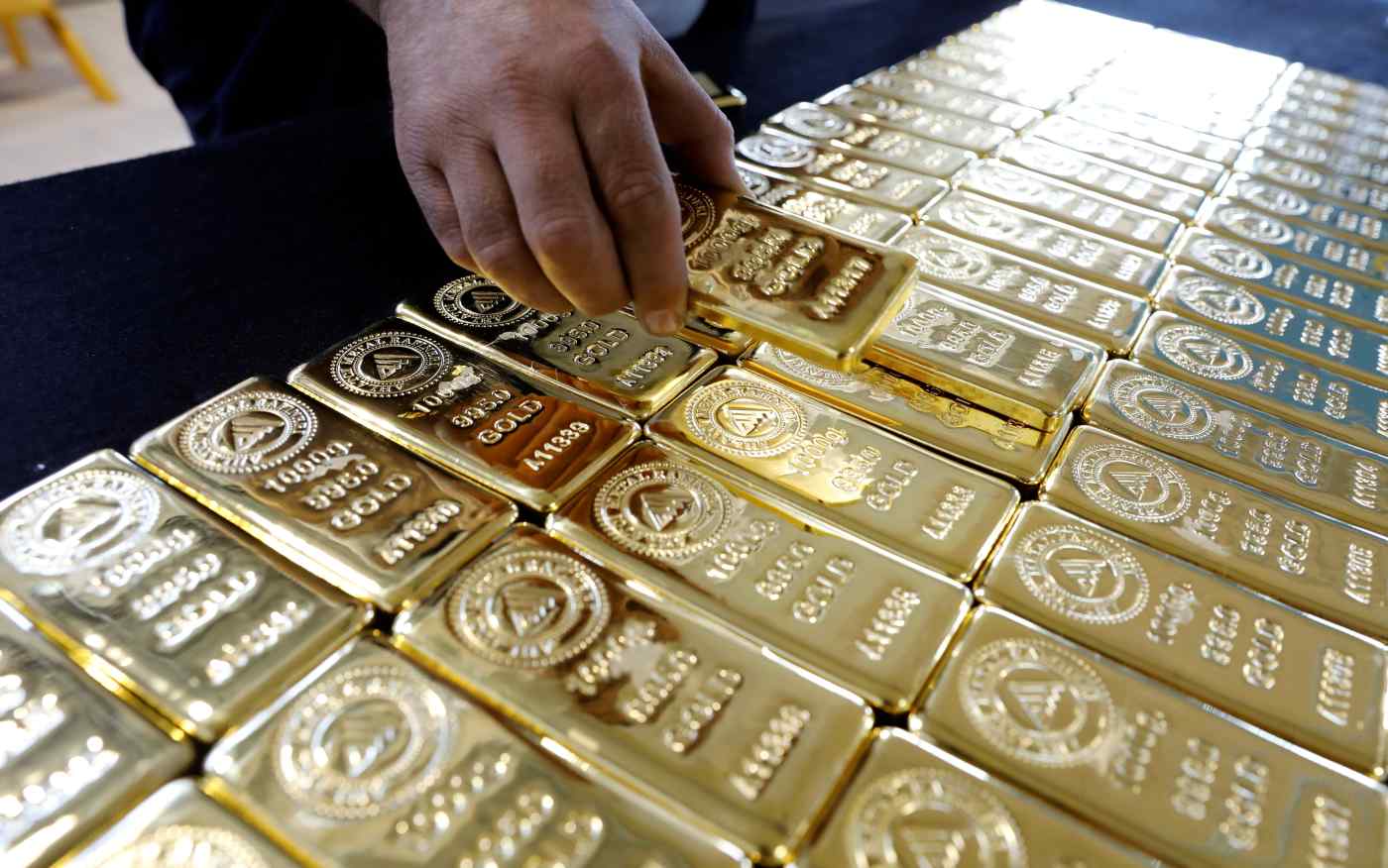 TOKYO -- At a Tokyo customs inspection site in late April, airfreight from China to Japan's main international gateway, Narita Airport, is being carefully examined. Gloved officials pull wallets from packed boxes, checking each one closely, running through various procedures to determine whether they might be counterfeit, and whether the place-of-origin labels match up.

As the number of visitors to Japan hits records every year, the need for greater border security grows, and with it, the need for sophisticated technology, higher levels of employee skills and international networks for information sharing.

The number of visitors grew by nearly two and half times over the decade to 2017, creating a hefty additional workload for customs officials that threatens to overwhelm the system. The visitor numbers will likely keep rising ahead of the Tokyo Olympics in 2020, as well as for various international conferences and events. Counterterrorism plans will be critical.

Japan has been busily strengthening systems to prevent smuggling of illegal drugs and items that could be used in terrorism, as well as gold and controlled items such as food.

At the Tokyo inspection site, sharp-eyed customs officers have been increasingly busy checking for hints of irregularity with imported goods. Officials emphasize a "nondestructive" inspection process, for which fine-edged tools are used. Visual inspections are also key.

The precision and judgment that goes into identifying cargoes for inspection has been rising, thanks to greater information sharing with overseas authorities on developments in countries known as sources of smuggled goods. 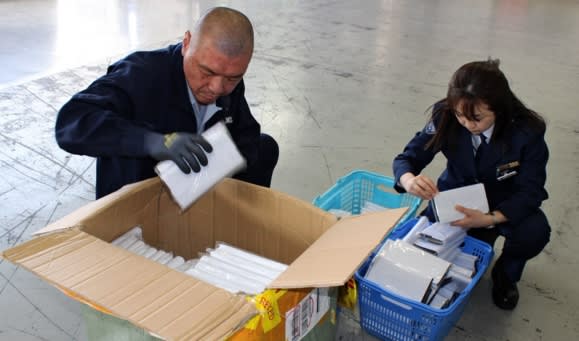 At 16 inspection sites around Japan, large X-ray machines examine 40-foot containers without opening them. Using such equipment, officers can detect abnormalities in shipments in about 15 minutes, versus the two hours it would take for a manual inspection. For cargoes that cannot be unsealed or inspected visually, other specialized equipment can be used to detect, for example, traces of narcotics.

Japan has raised its vigilance against gold-smuggling in particular in recent years. The country imposes an 8% consumption tax on retail sales of the precious metal, so the market value of smuggled imports rises 8% once they enter the country. With the tax set to rise to 10% in October 2019, the need for vigilance against gold-trafficking is greater still.

In April this year, the law was changed to strengthen penalties for gold smuggling. And from the fiscal year starting in April 2017, metal detection gates have been installed  at airports to monitor the carry-on luggage of overseas travelers. Metal detection and electronic gating technology, as well as coordination with businesses and overseas customs authorities are all vital.

While some countries choose not to use interview techniques to identify suspicious travelers, Japan does not rule anything out.

"We use all five senses to judge if the traveler's conduct is suspicious," Niwayama says.

With the workload of customs officials growing every year, employees will have to keep up in transferring their knowledge and hastening the development of a skilled workforce, Niwayama says.

"The final judgment lies with officers on the ground," he says.