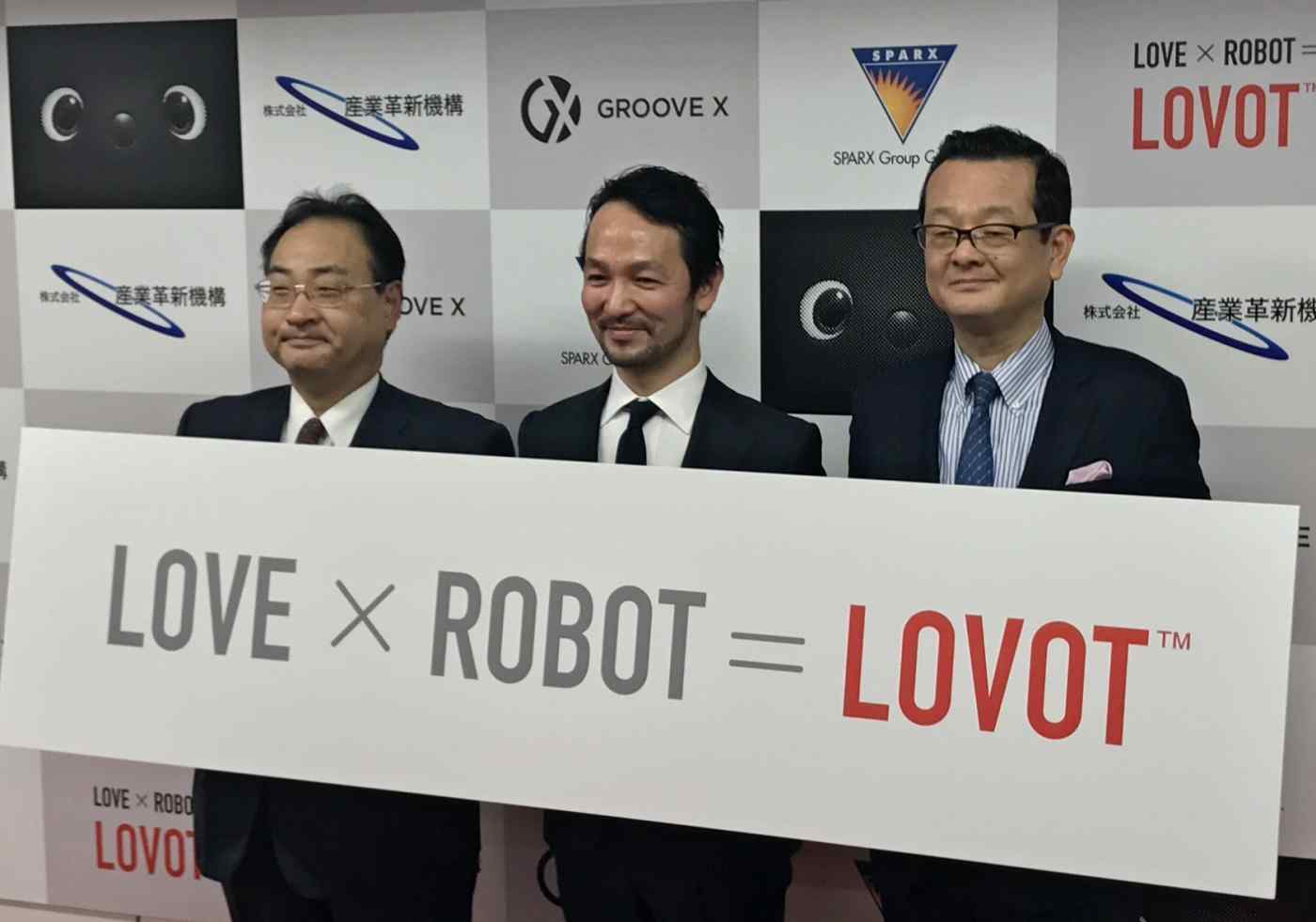 Groove X, a Tokyo startup launched by a key developer of SoftBank's Pepper humanoid robot, will be one of the INCJ's latest investments. CEO Kaname Hayashi, center, known as the "father of Pepper," stands at a news conference in Tokyo.
December 8, 2017 07:20 JST | Japan
CopyCopied

TOKYO -- Japanese policymakers seek to give a state-backed innovation fund whose holdings include chipmaker Renesas Electronics and Japan Display -- and whose name repeatedly came up in Toshiba's memory business sale -- an extra nine years to continue a role critics say takes a back seat to protecting favored industries.

Created in 2009 to boost the nation's industrial competitiveness through consolidation, the public-private Innovation Network Corp. of Japan had been slated to wrap up operations in March 2025. Legislation to be proposed next year will seek to extend this to 2034.