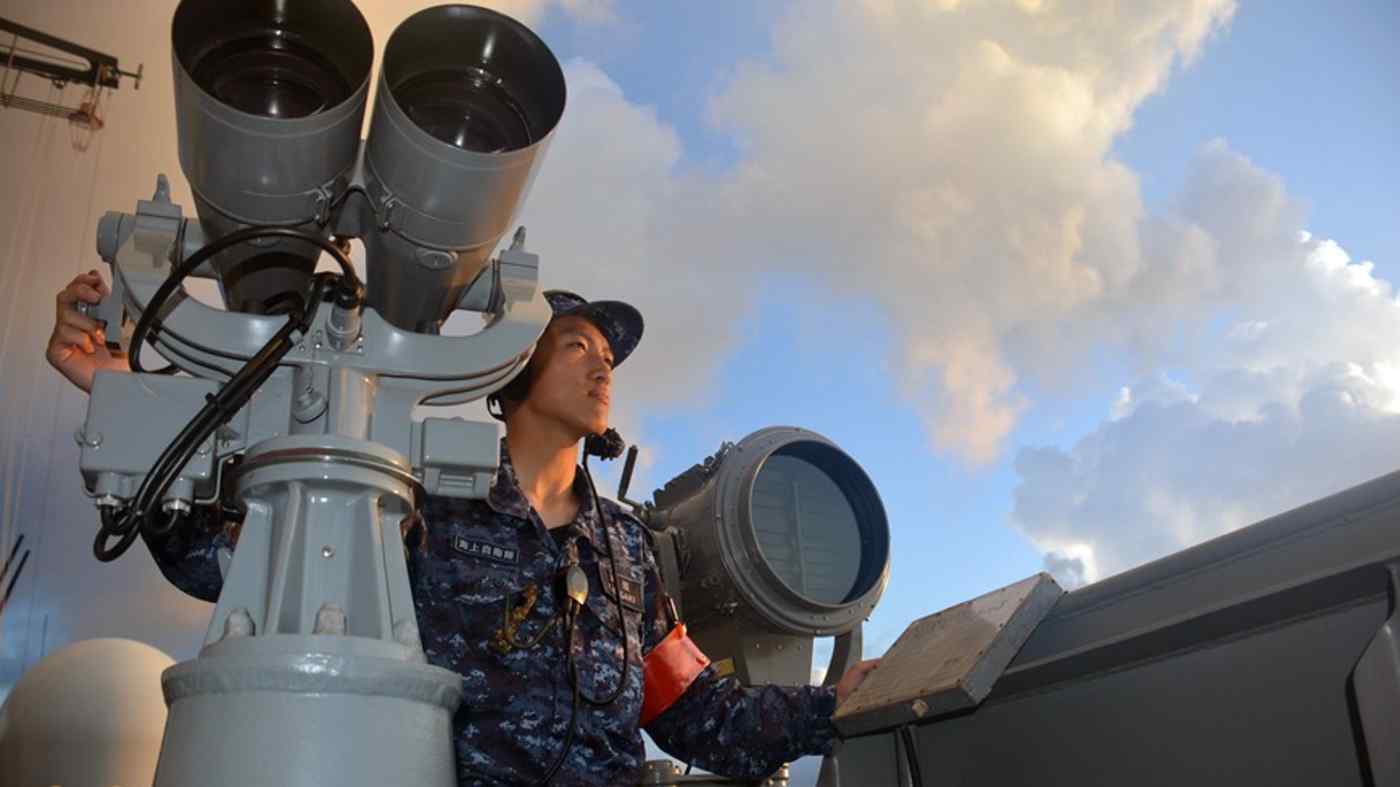 TOKYO -- Japan will establish three electronic defense units on islands facing the East China Sea by March 2022, bolstering the country's ability to monitor and respond to Chinese military activity in the waters.

From communications and radar systems to infrared-guided missiles, armed forces rely heavily on electromagnetic waves. Japan's electronic defenses are designed to jam those signals by emitting waves of the same frequencies used by their opponents.

Japan has one such unit on the northern island of Hokkaido established against the Soviet Union during the Cold War. The Defense Ministry plans to create seven more, including a roughly 80-member unit in the southern prefecture of Kumamoto to launch by March 2021 and a new unit in Hokkaido.

Five will be in southwestern Japan closer to China, of which three will be divided between Okinawa Island and Amami Oshima.

To jam signals from opponents, Japanese forces first need to find out what frequencies they are using. Japan is concentrating the new electronic capabilities on its southern islands in part to gather information on Beijing's increasing activities in the East China Sea.

Japanese Defense Minister Nobuo Kishi met Thursday with Lt. Gen. Kevin Schneider, commander of the U.S. forces in Japan, to discuss concerns about Chinese actions in the East and South China seas and ways to strengthen the Japan-U.S. alliance. "We will be able to gain an edge against our opponents in combat by neutralizing their electromagnetic waves," Kishi told reporters afterward.

Japan also plans joint exercises by its ground and air defense forces. The Air Self-Defense Force on Oct. 1 deployed the RC-2 electronic intelligence aircraft, which will collect data on Chinese and Russian planes around Japanese airspace to support the GSDF's electronic activities.

Electromagnetic waves used to occupy a limited role in defense, like radio waves for communication and radar systems. But modern armed forces use a wider range of frequencies, including infrared to guide missiles and visible light waves for satellites, adding to the complexities of electronic warfare.

The Defense Ministry has requested 8.8 billion yen ($83 million) to spend on its electronic combat system under the fiscal 2021 budget, as well as 2.1 billion yen for equipment that tracks and manages data on signals used by allies and others.

Japan also debuts a space forces group in fiscal 2021, which will take control of a space defense unit launched in May. Space-related personnel will expand to 70 from the current 20.

Cybersecurity is another focus. The ground, air and maritime forces will launch a joint cyber unit in fiscal 2021 to command networking and other cyber operations. Cyber-related personnel will increase by 140 to a total of 540.