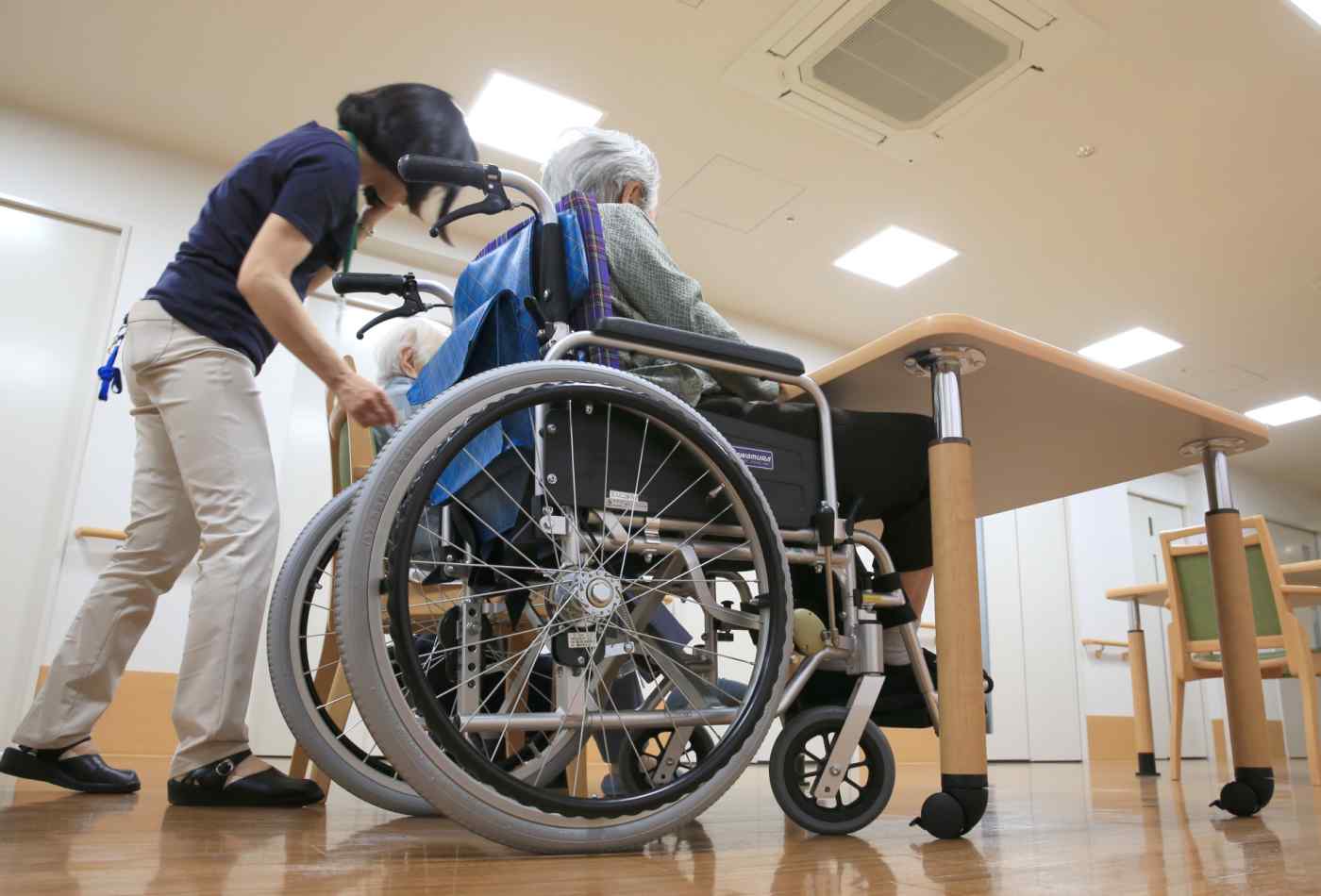 TOKYO -- Japan will let foreigners training to become caregivers stay and work beyond the current five-year limit if they pass a qualifying examination, hoping to ease a severe personnel shortage amid an aging population.

The on-the-job technical training system for foreigners is nominally geared to helping pass along advanced skills to emerging economies. It includes such areas as construction and agriculture, with nursing added this past November, becoming the first training field involving person-to-person services. The first nursing trainees are set to arrive in 2018.

At present, trainees who meet such standards as attaining a certain level of experience and pass the national exam can become certified care workers. But caregivers may stay and work only through the period of their training program, a maximum of five years. Also, Japan accepts nursing trainees from only Indonesia, the Philippines and Vietnam, under relevant economic partnership agreements.

The Ministry of Health, Labor and Welfare and the Ministry of Justice aim to revise the nursing training system so as to lift these national limits and to let those who obtain certification receive work visas. This would let them stay in Japan longer than five years, with the potential to renew. The ministries aim for the revisions to take effect in fiscal 2018 at the earliest, pending changes in regulations.

Chronic understaffing plagues the nursing field, as does accompanying growth in labor costs. By some estimates, the field will be short by about 377,000 employees in fiscal 2025, when the baby boom generation reaches 75 or older.

One wrinkle is that letting trainees stay and work in Japan would be an ideological departure from the program's goal of having them use their advanced skills back home.

The two ministries are weighing addressing this issue by having trainees go back to their originating countries after their initial five-year stay expires before they can return to work in Japan. Some stress, however, that Japan should offer those who have attained expert knowledge a place to work and thrive, so the idea of sending them home is under careful consideration.

The caregiver certification test is all in Japanese and includes many technical terms, making it a considerable challenge for foreigners. The country accepted about 2,800 candidate caregivers through October 2016 under the EPA framework, but not even 20% have earned certification. Fitting the exam to the needs of the workplace while still taking on staff including foreigners is another issue for the field.