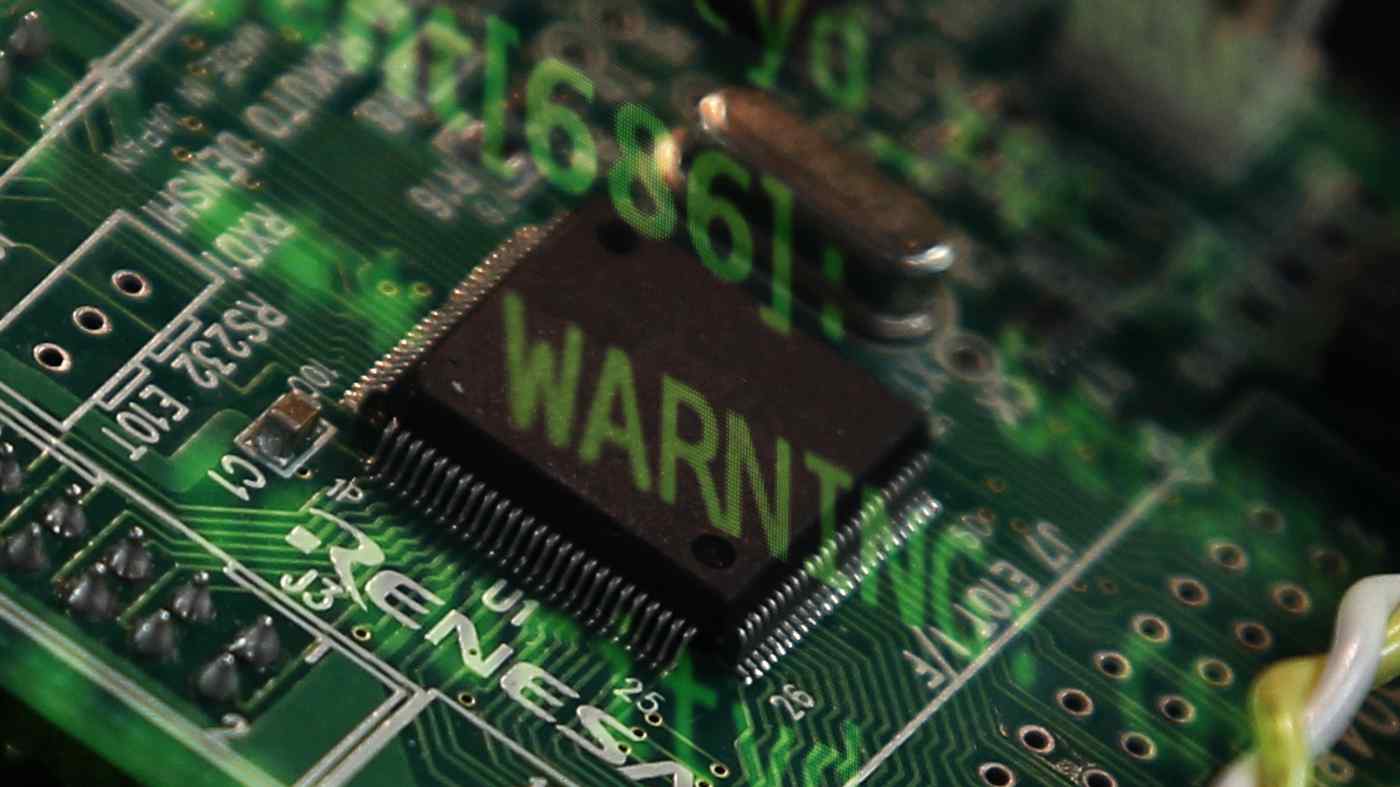 TOKYO -- The Japanese government is set to tighten restrictions on foreign investors buying into domestic high-tech manufacturers, in a move that hews closely to the U.S. and its hard-line policy on investments from China.

Under Japan's plan, to be implemented by the end of this year, any investment in makers of technology products like PCs, mobile phones and chips could be blocked if it is deemed a national security threat. This will require an amendment to the Foreign Exchange and Foreign Trade Act.

The goal is to prevent crucial technology from leaking abroad and strengthen cybersecurity. China is assumed to be the main target of the policy.

The current act protects companies making data communications equipment for weapons, and this will be expanded to include manufacturers of nonmilitary products.

The amendment will require any foreign investor planning to acquire at least 10% of a listed company, or any amount of an unlisted one, to report to the government for screening. If there is cause for concern, the government will have the power to order the investor to change or cancel its plans.

Companies such as Hitachi, NEC and Panasonic, as well as their affiliates and peers in similar sectors, are expected to be subject to the rules.

One recent example is Japan Display, which came under the ownership of a Taiwanese-Chinese consortium. Toshiba last year divested memory chip unit Toshiba Memory to a Japan-U.S.-South Korea alliance led by Bain Capital.