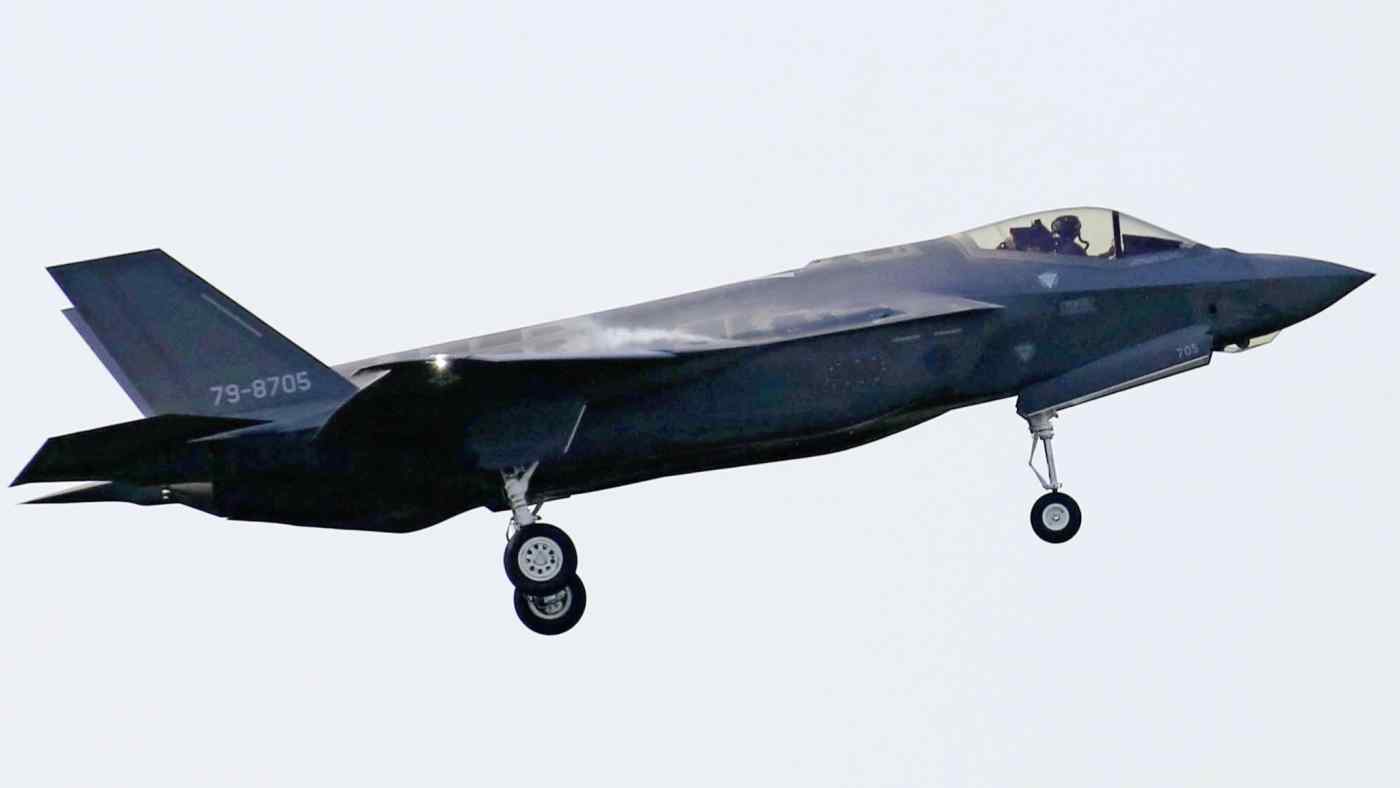 After inspecting the remaining fighters and putting pilots through more training, Japan's Defense Ministry is ready to return the vertical-landing jets to the sky.   © Kyodo
August 1, 2019 12:48 JST | Japan
CopyCopied

TOKYO (Kyodo) -- Japan's Defense Ministry said it will resume flights of Air Self-Defense Force F-35A stealth fighter jets Thursday afternoon, having suspended them since a fatal crash in April, the first ever reported for the aircraft.

In June the ministry concluded that the crash of an F-35A into the Pacific Ocean off Aomori Prefecture had likely been the result of the pilot suffering vertigo, and has won consent to resume flights from the heads of local governments in northeastern in Japan, which hosts the 12 other F-35As.

The ministry has taken such steps as inspections of the remaining fighters and additional training of pilots.

During a night exercise on April 9, Maj. Akinori Hosomi, the 41-year-old pilot, is believed to have lost his bearings due to "spatial disorientation" after taking off from Misawa Air Base in Aomori. He was later confirmed dead.

The ministry said it will not conduct night training for F-35As for the time being.