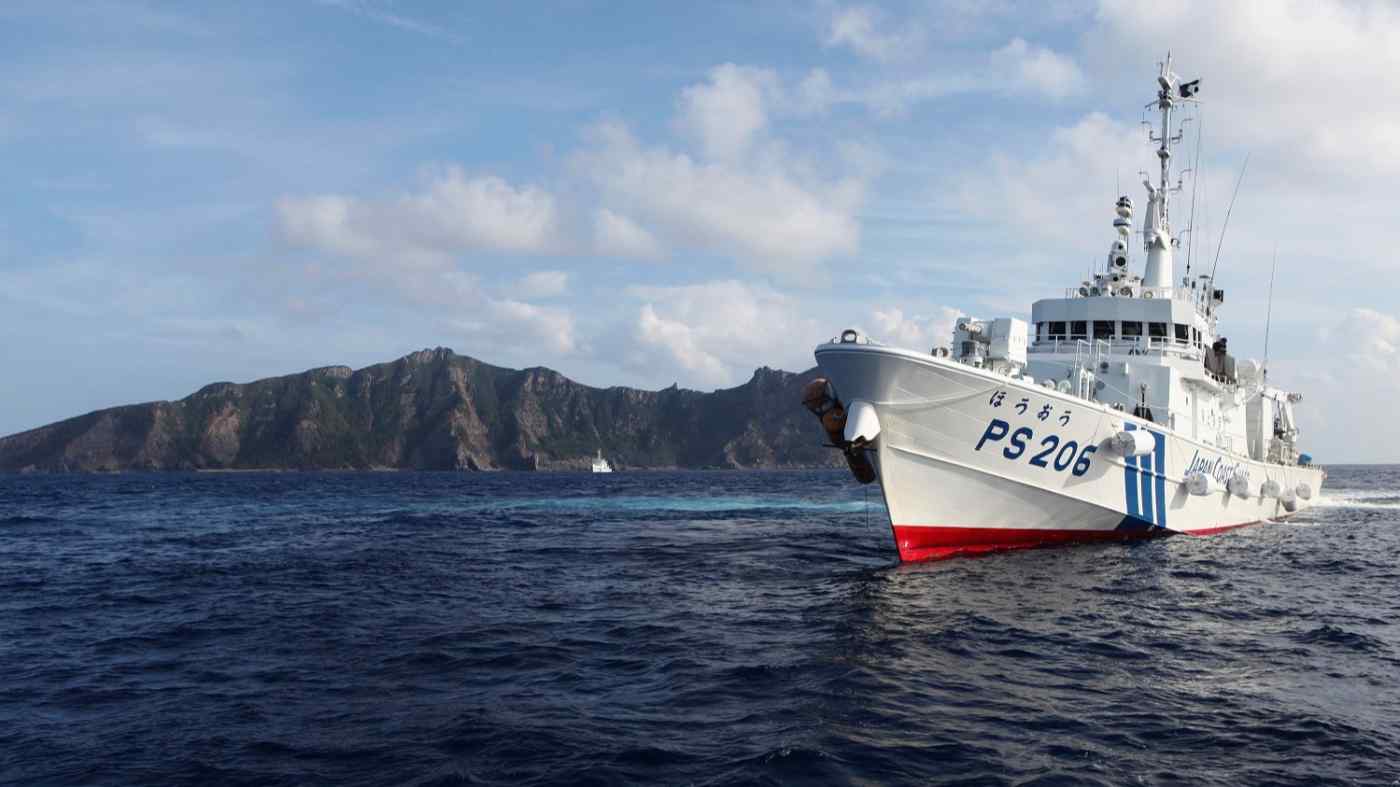 TOKYO -- Here is the nightmare scenario for the Japan Coast Guard.

A Chinese fishing boat breaks down near Japan's Senkaku Islands. China, which claims the islands and calls them the Diaoyu, instructs its own coast guard to protect the boat. The fishermen land on one of the islands to wait for repair parts, ignoring warnings by Japan. Amid tension and confusion, alarmed China coast guard personnel start firing at their Japanese counterparts.

Amid repeated Chinese incursions in waters near the Senkakus, such scenarios are not out of the question any more. Discussions within Japan's ruling party have reignited regarding the need for legislation that explicitly lays out the rules of engagement in such cases.

Under current law, Chinese fishermen landing on the islands will be treated as a so-called gray-zone situation that falls short of involving the Self-Defense Forces under Japan's legal framework.

Adding urgency to the matter, China's ambition for the islands may far surpass incursions by fishing vessels.

An expert invited to a meeting of ruling Liberal Democratic Party lawmakers last week revealed shocking information: China is planning to build up land around the Senkakus and move around 20,000 people there. Flabbergasted lawmakers peppered him with questions.

In February, Beijing implemented a law allowing coast guard ships to use weapons against foreign-flagged ships under certain situations within maritime territory under its "jurisdiction." Japan's capability to defend the Senkakus affects the alliance with the U.S.

The legislation in effect elevates its coast guard to a quasi-military organization, heightening the risk of a clash that falls in the gray zone.

The Japanese government says the Police Duties Execution Act allows ships to fire on vessels to halt an unauthorized landing. If the police or coast guard is unable to mount an adequate response, then a phone call and a snap decision by the Cabinet would mobilize the Self-Defense Forces to a police operation.

Unconvinced, LDP lawmakers involved in defense policy last week put together a proposal for legislation that "fills the gap."

The document calls for amending Japan's coast guard law. The changes would allow coast guard vessels, within the bounds of international law, to use arms against foreign ships that refuse to comply with expulsion orders.

The caucus is also pushing for rules that would allow the deployment of the Japanese Ground Self-Defense Force to remote islands in advance to cut down on the response time in the event of a hostile situation.

A great deal is at stake.

While U.S. President Joe Biden and senior officials of his administration have reaffirmed that the Senkaku Islands are covered by Article Five of the U.S.-Japan Security Treaty, in which the U.S. is obliged to defend Japan during an armed attack, the clause only applies to "territories under the administration of Japan."

This means the U.S. needs to conclude that the Senkakus fall under that definition before taking action.

Biden "assuring us that Article Five applies to the Senkakus is not the end of the story," said former Foreign Minister Seiji Maehara, a lawmaker with the opposition Democratic Party for the People. Japan needs to "maintain the current situation in which the islands are administered by Japan," he said.

"The U.S. will not take action unless Japan shows a willingness to fight at the front to defend the islands," a senior Japanese government official said.

A separate LDP group on national defense policy will soon recommend that the government study navigational records of coast guard patrol boats. That way, Japan can produce objective data proving it is maintaining tight security and control over the Senkakus if a dispute with China enters international adjudication.

The maritime advances by Chinese-flagged ships around the Senkakus increased when the Japanese government nationalized the islands in 2012. Provocative behavior on the high seas has proliferated in recent years. Chinese coast guard vessels approached Japanese fishing boats twice in 2013, and just once in 2014. Last year, the count rose to eight. This year, there have already been seven instances in the first three months.

Luckily for Tokyo, the Biden White House has been explicit about its stance on the Senkakus.

When former President Barack Obama said in 2014 that the Senkaku Islands are covered by Article Five of the security treaty, it marked the first time a U.S. president said so. But it came in response to Japan bringing up the concerns.

On March 16, when Secretary of State Antony Blinken met Japanese Foreign Minister Toshimitsu Motegi in Tokyo, it was the American side that initiated the discussion on the Senkakus, according to sources familiar with the meeting.

The U.S. side has its own reasons to be concerned.

If China places the Senkaku Islands under its control and conducts land reclamation to build a military base, that puts them too near a U.S. base, said Robert Eldridge, who served as deputy assistant chief of staff for external relations at U.S. Marine installations in Okinawa. Eldridge added that the Senkakus are an important location in a strategic sense.

Japan's goal is to increase the alliance's presence in the region so that China will realize that trying to take over the Senkakus by force is not worth the consequences.

Planned joint exercises in the area are part of the strategy. The challenge is for both Japan and the U.S. to quickly agree on a coordinated response in the event of an armed conflict. A disagreement could delay the response.

Eldridge said Japan needs to show its resolve to defend the Senkakus without hesitation before an armed conflict takes place.