'The most delicious food is taxpayers' money,' youths sing 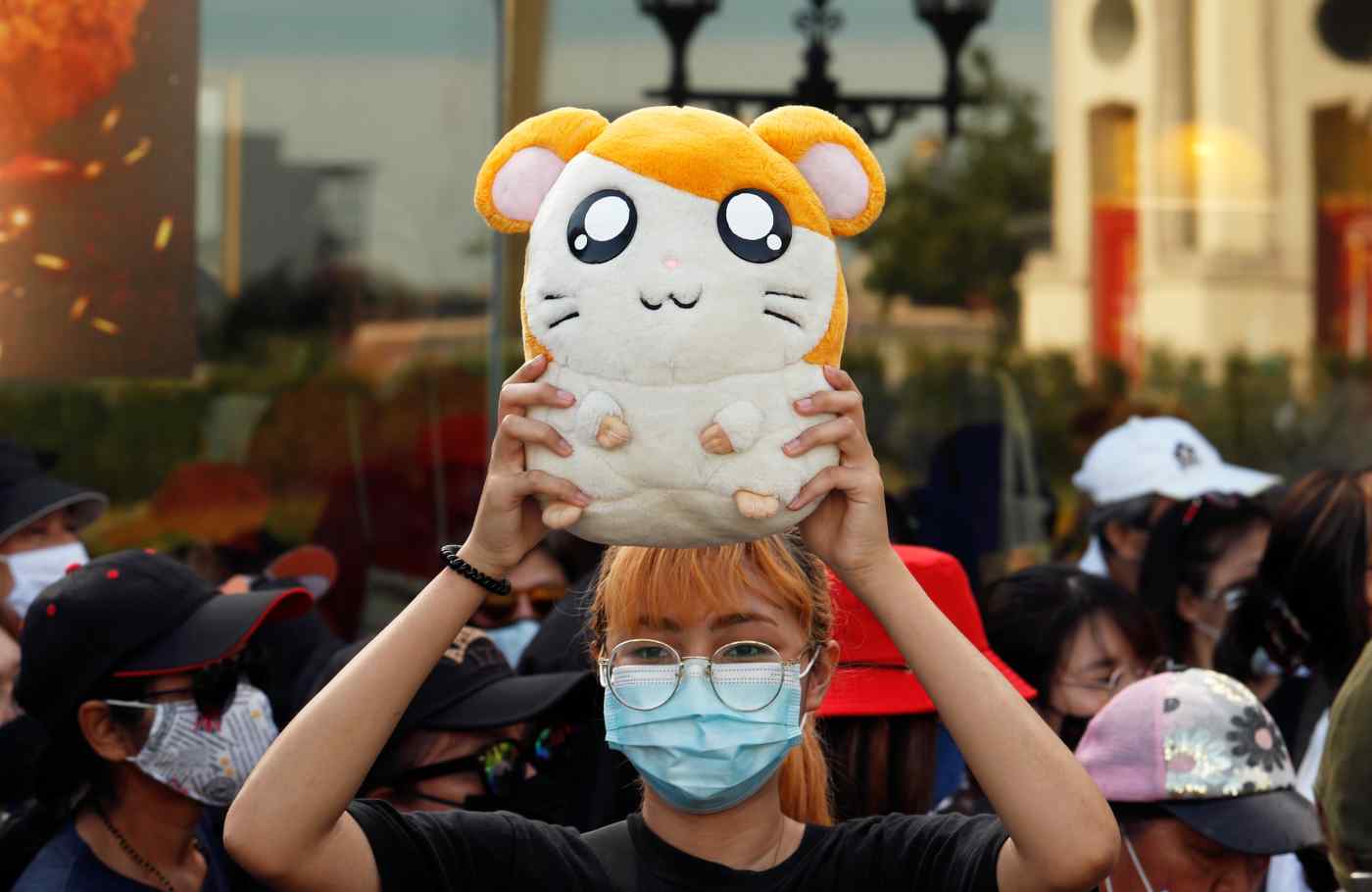 BANGKOK (Reuters) -- Hundreds of Thai protesters sang a Japanese cartoon jingle on Sunday with lyrics mocking the government as hungry hamsters feasting on taxpayer cash, part of a new protest movement by youth who say they are using whimsical tactics for serious ends.

Thai youths have been defying a coronavirus ban on gatherings to hold rallies almost daily since last week. The first rally, by a group called the Free Youth Movement, drew more than 2,000 activists, one of the biggest anti-government protests since a coup in 2014.