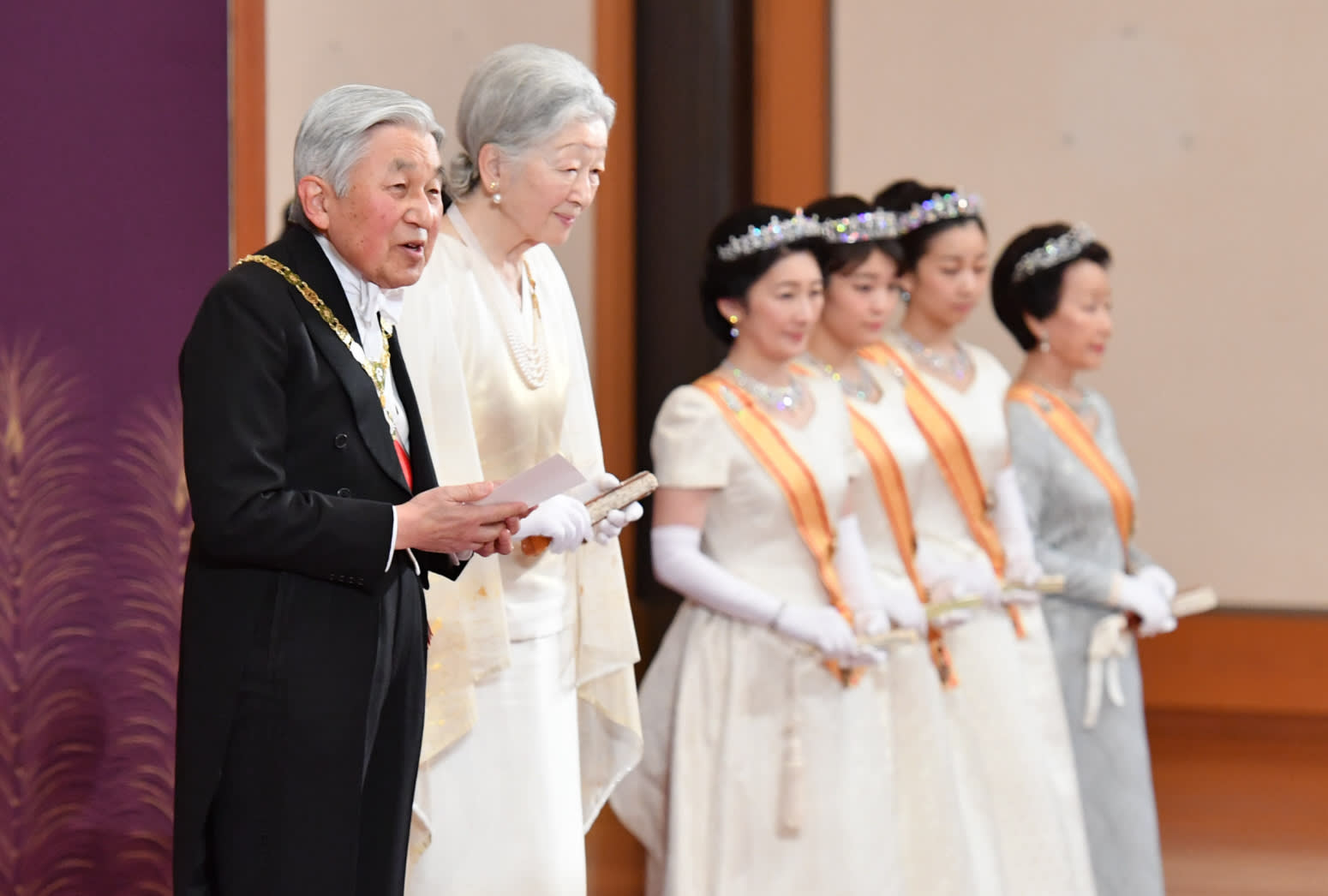 The nonbinding resolution is attached to the special-case legislation for Emperor Akihito's abdication.

Under current law, female members lose their Imperial status if they marry a commoner.

The provision, which is aimed at ensuring a stable Imperial succession, would let female members remain within the Imperial family even after marrying a commoner.

The ruling Liberal Democratic Party and the main opposition Democratic Party settled on the text of the amended version of the resolution proposed a day earlier by LDP member Tsutomu Sato, chairman of the Lower House Committee on Rules and Administration, during the committee's board meeting.

The government will now start mulling setting up a new task force to discuss the stable continuation of the Imperial family and tackle the issue of their falling numbers. Such a task force could be formed in the Cabinet Secretariat and mainly consist of high-ranking officials in the prime minister's office after the special bill's enactment.

The LDP and its coalition partner Komeito aim to start debating the resolution in the committee on Wednesday and get it through the lower house by the end of this week.

Referring to the stable continuation of the Imperial family, Sato's version of the resolution states that the debate on "the establishment of the female Imperial family branches and other issues is so important that it cannot be postponed further."

Regarding the timing of when the government starts considering the issue, the resolution states "upon the bill's implementation." However, it stopped short of saying when the results of the debate should be reported to the Diet, a claim pushed by the LDP and Komeito.

The initial draft resolution presented by the LDP and Komeito made no mention of female Imperial family branches. But it stipulated that "the problems of the dwindling number of Imperial family members stemming from female members' marriages and other causes" will be discussed.

This was due to the fact that conservative lawmakers, mainly from the LDP, have been cautious about allowing a female emperor or her descendants to ascend to the throne. Prime Minister Shinzo Abe is among them.

But they compromised with the Democratic Party, which insisted on the creation of female Imperial family branches.