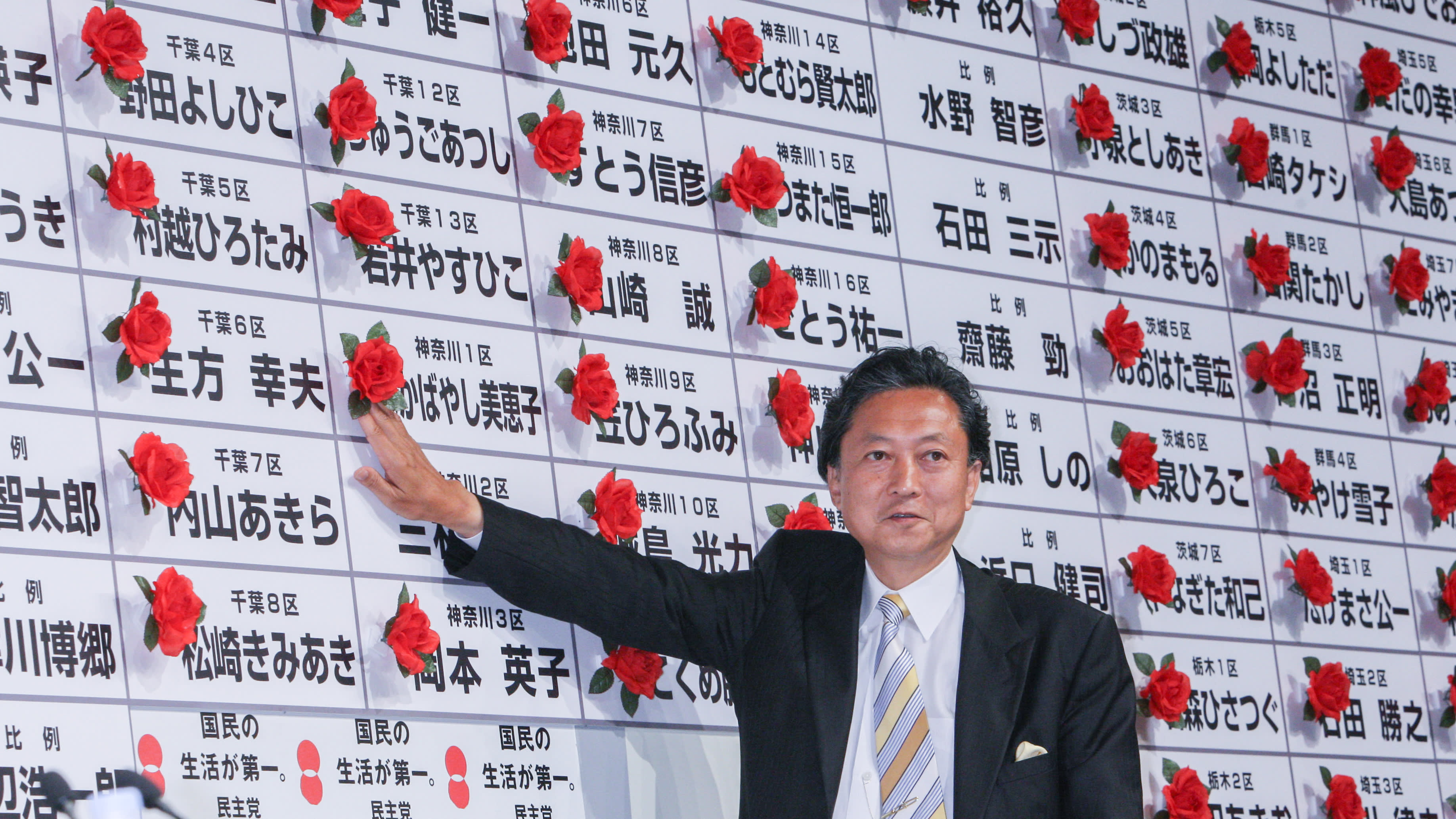 TOKYO -- Comebacks are so hard to do, at least in Japanese national politics. Take the freshman class of the opposition Democratic Party of Japan in the 2009 lower house elections.

With the ruling Liberal Democratic Party on the skids, the DPJ won 308 of the 465 seats, the biggest number by a single party since after World War II. Of these, 143 were freshmen. Three years later, only 11 of the rookies remained, the rest having been victimized by the DPJ's abrupt fall from grace.

Fast forward to today and only 14 have managed to claw their way back into parliament, called the Diet, making for a total of 25 freshman DPJ lawmakers from the heady days of 2009 who still have a seat.

Many managed to carve out careers at the local level, either as municipal leaders or local assembly members. Some, like Denny Tamaki, went higher. Tamaki served in the Diet until 2018 before becoming governor of Okinawa Prefecture.

Others have gone back to the private sector, finding jobs through their supporters or cashing in on their political connections by working as consultants.

But most have stayed out of politics, as it is difficult to leave the private sector and restart political careers. About 80% of the DPJ freshman class of 2009 have retired for good. "People who quit their jobs and run for office are not well-liked at Japanese companies," said a former Diet member.

Those who make the decision to climb back into the national arena have a rocky road ahead of them. "With no money or information, unseated lawmakers can easily get discouraged," said another former lawmaker, who has been trying to get reelected. "It is really difficult to remain positive."

Adding to their troubles is the lack of financial support from their own parties. Endorsed candidates typically receive a monthly stipend of about 500,000 yen ($4,574), hardly enough to cover political activities let alone personal expenses like raising a family. This makes running for office a pricey proposition.

But those on the out looking to get back in have no such support. "Candidates need to take full responsibility for their election results. The party will not provide any support [after they lose elections]," said an LDP official.

Still, many remain undeterred, even the uninitiated. Despite three unsuccessful runs at a lower house seat, Masae Ido is considering a fourth. Ido works mainly as a writer but wants to "cash in on [her] experience in the real world as a lower house member."

Commenting on the difficulties of breaking into -- or re-entering -- Japanese politics at the national level, one member of the DPJ's class of 2009, Mieko Nakabayashi, said that Japan has a different culture of supporting candidates than the U.S. "American voters participate in politics as volunteers and by making small political donations."

She should know. Nakabayashi, now a professor at Waseda University in Tokyo, formerly worked in Washington D.C. as a staff member under former U.S. Senator Pete Domenici from 1993 to 2002 before being elected to the Diet. "Americans have a very different level of political awareness," she said.

Meanwhile, a handful of out-of-office politicians soldier on, trying to jump-start their careers. Former transport minister and current lower house member Sumio Mabuchi has launched a political group comprised of lawmakers who lost their seats in the 2017 lower house election.

Sixteen of them are from the opposition class of 2009. With their original party having been dissolved, they lack credentials and support.

Mabuchi plans to hold a study session once a month and coordinate with other political parties over what to do with these ready-and-willing former politicians in the run-up to the next lower house election.

Despite the long odds, Mabuchi, who has been in and out of office since 2003, remains confident. "[Our group] will serve as a tentative platform to attract candidates who could win in the next election," he said.