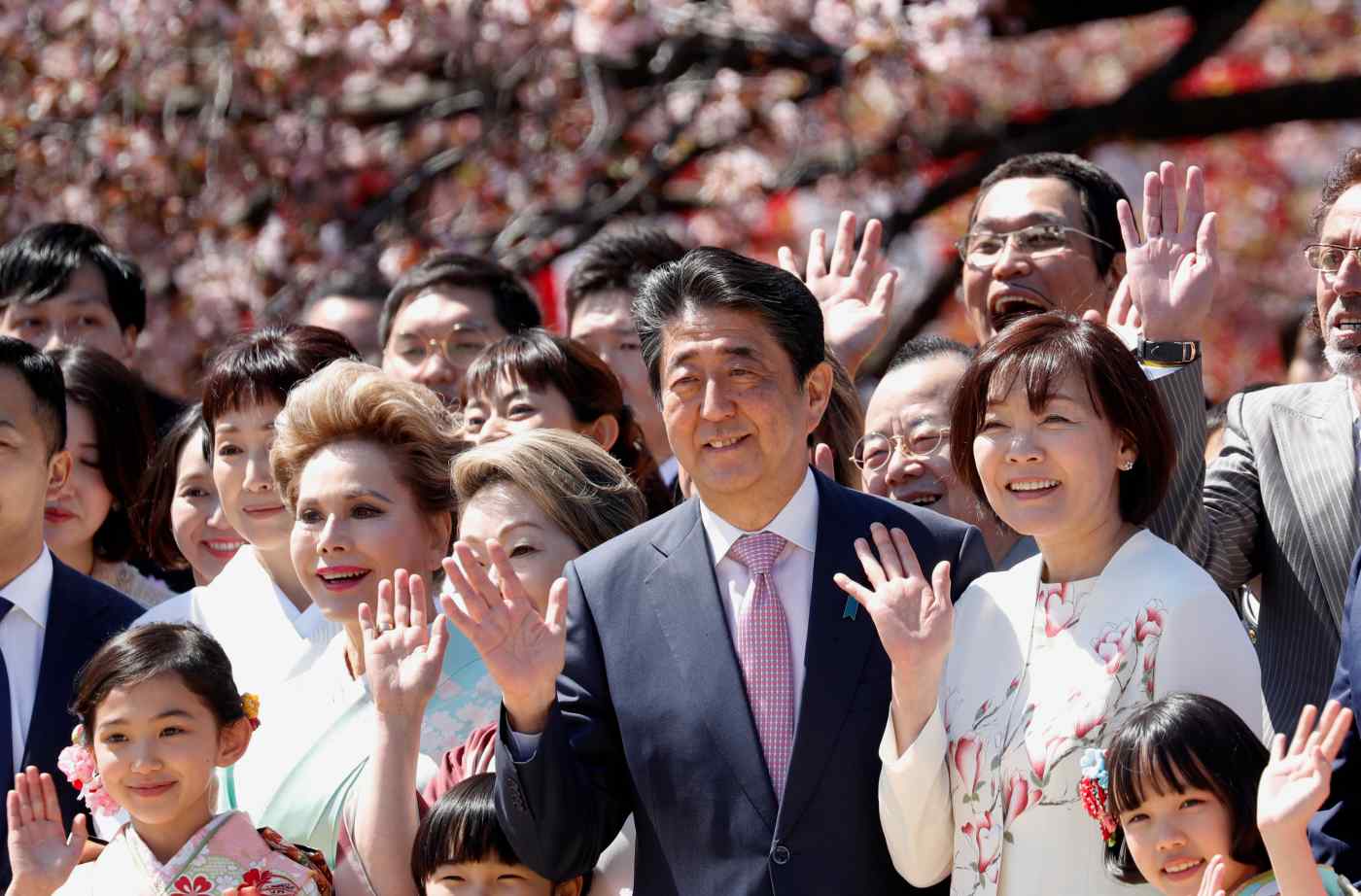 TOKYO (Kyodo) -- Japanese prosecutors have sought to question former Prime Minister Shinzo Abe over allegations that his political group illegally covered a shortfall in the cost of dinners for supporters, sources close to the matter said Thursday.

The prosecutors have also decided to build a case against Abe's state-paid secretary for allegedly not recording incomes and expenditures related to the dinner functions. Total revenues and costs not declared in political fund reports possibly exceed 40 million yen ($383,000), they said.

Abe told reporters at the parliament on Thursday he "has not heard about" the prosecutors' request.

The latest development could weaken Abe's political clout and deal a blow to his successor Yoshihide Suga as he served as chief Cabinet secretary under Abe and defended the then leader over the scandal during news conferences and parliament sessions.

Abe, who became the country's longest-serving prime minister before stepping down in September due to health reasons, has repeatedly denied any wrongdoing after the scandal came to light in November last year. People close to Abe have said the secretary offered false explanations when quizzed by the former premier over the matter.

The secretary heads a group of Abe's supporters that hosted the dinner functions between 2013 and 2019 on the eve of the government-sponsored annual cherry blossom-viewing parties, according to the sources.

The total bills for the events held at two luxurious hotels in Tokyo reached 23 million yen over a five-year period through last year, far higher than the amounts collected from attendees, many of whom were voters in Abe's constituency in Yamaguchi Prefecture, western Japan.

According to the sources, the party attendees paid only 5,000 yen each, even though such events at the five-star hotels normally cost about 11,000 yen or more per head.

To make up for the shortfall, Abe's side paid more than 1 million yen every year, with the largest amount reaching around 2.5 million yen, the sources said.

The secretary has confirmed Abe's side made up for the shortfall during voluntary questioning, they said.

In response to media reports that his aide had been questioned by the prosecutors, Abe told reporters last week that his office is "fully cooperating with the investigation. I can't say anything more than that at this stage."

The prosecutors believe a fund management organization led by Abe covered the shortfall because the hotels issued receipts addressed to it.

Neither the supporters' group nor the fund management body recorded their incomes and expenditures linked to the functions between 2015 and 2019 in their political fund reports. There is also a suspicion that the receipts have been discarded, according to the sources.

Opposition parties ramped up criticism of the government on Thursday, demanding the former prime minister be summoned to parliament to offer explanations over the matter.

Referring to Abe's past denials in parliament of any wrongdoing, Jun Azumi, the Diet affairs chief of the major opposition Constitutional Democratic Party of Japan, told reporters, "(Abe) should explain about the lies he made in the Diet in the same place that he made them."