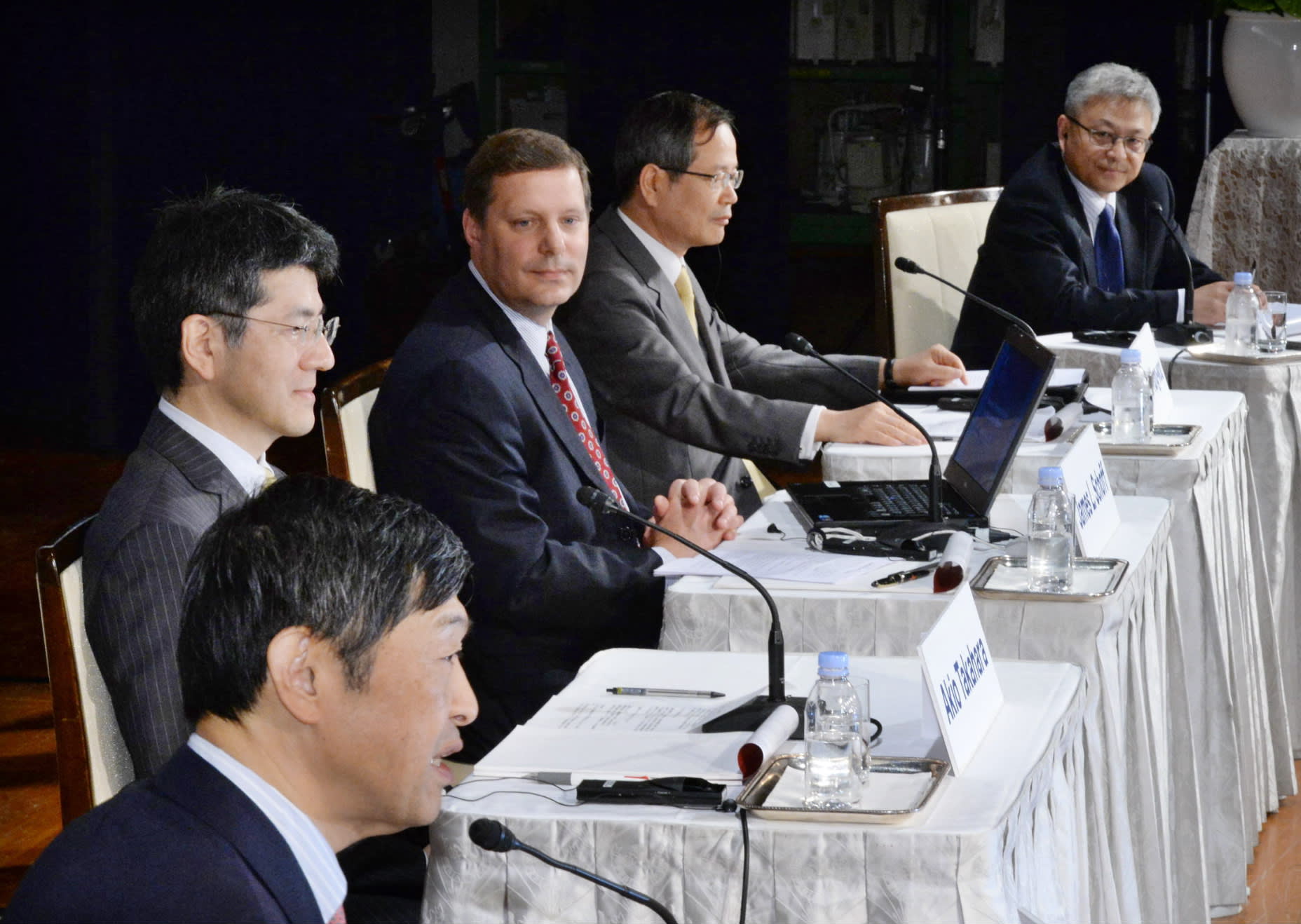 Panelists discusses regional security during the International Conference on The Future of Asia in Tokyo on Thursday.
May 22, 2014 19:07 JST | China
CopyCopied

TOKYO -- Japanese Prime Minister Shinzo Abe's plans to reinterpret the nation's constitution to allow for self-defense will have far-reaching and complicated implications for regional security, participants at a panel discussion at the 20th International Conference on the Future of Asia said Thursday.

James L. Schoff, director of Japan studies at the Carnegie Endowment for International Peace, said Japan will likely take on more responsibility for its security. "The U.S. will support Japan in case there is any real conflict over the Senkakus with China," he said, "but I expect that Japan will be in the lead for its defense and will have primary responsibility."

Schoff said understanding domestic issues was important for all. Regarding China, he said, "The country looks huge and wealthy, but it also feels oppressed (economically and historically). Its political and economic system has fragile aspects."

Yan Xuetong, dean of the Institute of Modern International Relations at Tsinghua University, was skeptical that a Japan governed by Abe was good for Asian geopolitics or China-Japan relations. "I doubt Abe's security policy can increase stability in the region," he said. "We need collective efforts, and unfortunately, we are not moving in that direction." Yan was also pessimistic that relations would improve while Abe remains prime minister. "We have to prepare for the quick improvement of our bilateral relationship after the Abe administration," he said.

Chun Yung-woo, a former security adviser to the South Korean president, said his country is in a difficult situation, sandwiched between two powers and having to balance economic and security issues. "Northeast Asia is once again mired in a geopolitical vortex," he said. "The region is undergoing a fundamental transition in great power relations."

He said South Korea's security priorities are most closely aligned with Japan's, but historical issues complicate the picture. "I do not think Prime Minister Abe's revisionist approach to history has been very helpful," Chun said. "But the Korean government should be able to deal with Japan as it is. Korea-Japan relations are too important to be swayed by history."

From a Japanese perspective, the security situation is a concern due to multiple factors. "Why is it economic connections throughout Asia grow but there is heightening conflict?" asked Akio Takahara, a professor at the University of Tokyo.

He said the best way to resolve conflicts was to increase dialogue. "If you look at the Japan-China relationship, there has to be summits," Takahara said. "The Chinese are saying there is no point in meeting Japanese officials, but I disagree."

Shinichi Kitaoka, president of the International University of Japan, said Japan must reform its security laws and that international concern is unfounded. "There are many shortcomings in Japanese security laws," he said. "We cannot even protect our corporations when they are attacked overseas."