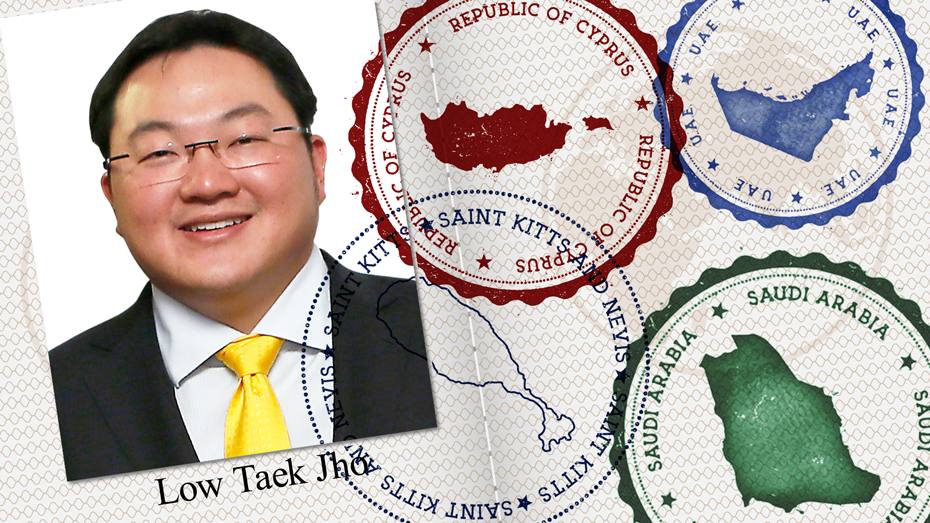 The businessman is considered a key piece of the puzzle in various corruption, money laundering and abuse of power cases leveled against former Malaysian Prime Minister Najib Razak and a few other high-ranking officials from the previous government.

Jho Low himself faces 13 charges for alleged stealing, money laundering and soliciting over $1 billion from 1MDB to his private entity Good Star.

Although the Malaysian police stress he has not eluded them, the 38-year-old is believed to be actively traveling on foreign passports awarded to him for "investments" made with money allegedly siphoned from the state fund. Along with Cyprus, he reportedly held a passport from the Caribbean island country of St. Kitts and Nevis before it was revoked, and he may have other travel documents.

Jho Low, it turned out, was granted Cypriot citizenship in 2015 -- long before the crackdown on 1MDB began -- under a government program introduced two years earlier to attract investment and save the local economy from default. Cyprus has since commenced the process of revoking passports granted under the citizenship-for-investment scheme.

Hamid Bador, Malaysia's inspector-general of police, denied speculation that Jho Low is holed up in Cyprus. "He is still hiding like a chicken in the same country we tracked him earlier," he insisted to reporters, without disclosing the location.

But after reportedly seeking protection in China, following Najib's defeat in the May 2018 election, Jho Low is widely thought to be moving around the Middle East -- namely the United Arab Emirates, Kuwait and Saudi Arabia.

An unnamed spokesperson for Jho Low recently confirmed that he is seeking asylum in the Middle East. "We understand that Mr. Low was offered asylum in August 2019 by a country that acts in accordance with the principles of the United Nations Universal Declaration of Human Rights and European Convention on Human Rights," AFP quoted the spokesperson as saying.

This was confirmed a day after Jho Low reportedly settled a civil case brought against him by the U.S. Department of Justice, agreeing to return assets worth over $700 million, including a hotel in Beverly Hills and a private jet which the DOJ claimed was stolen from 1MDB.

Even after the settlement of one of the biggest anti-corruption cases in U.S. history, a high-ranking American diplomat told the media that Jho Low was still wanted by the U.S. for alleged criminal wrongdoing.

Meanwhile, Malaysian Attorney General Tommy Thomas told the Nikkei Asian Review that the charges against Najib remain strong and provable with or without Jho Low's testimony.

The attorney general added, however, that the charges against Jho Low himself cannot be heard until he turns up, as Malaysia's legal system does not allow for trials in absentia.

Jho Low's name has been mentioned by every witness and lawyer in the ongoing 1MDB trial, in which Najib faces 25 charges for allegedly taking $555 million from the controversial sovereign fund.

The ninth and star witness, Shahrol Azral Ibrahim Halmi, who served as 1MDB's chief executive when the misappropriation allegedly took place, blamed Jho Low and Najib for all the reported malpractice, including fund transfers to unauthorized accounts, abuse of power and money laundering.

Najib's defense team, led by Shafee Abdullah, has pointed to Jho Low as the mastermind behind 1MDB's ambiguous transactions, insisting the former prime minister was misled and is innocent.