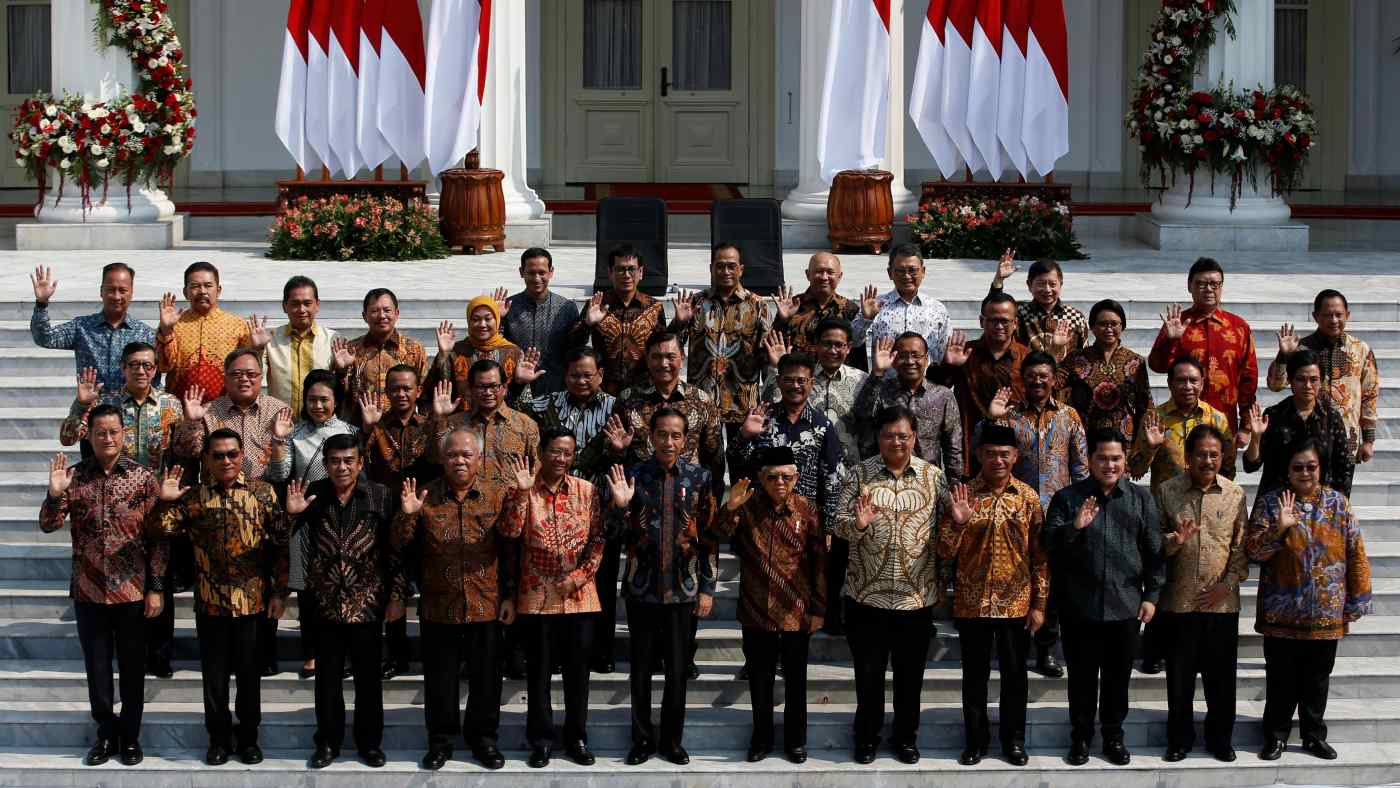 In his biggest move, Widodo named Prabowo Subianto, leader of the opposition Gerindra Party and his rival in April's bitterly fought presidential election, as defense minister. The former general initially said the election result was fraudulent and filed a last-minute appeal with the Constitutional Court. Protests by his supporters in Jakarta turned violent and led to several deaths.