ITE legislation draws complaints that it harms freedom of expression 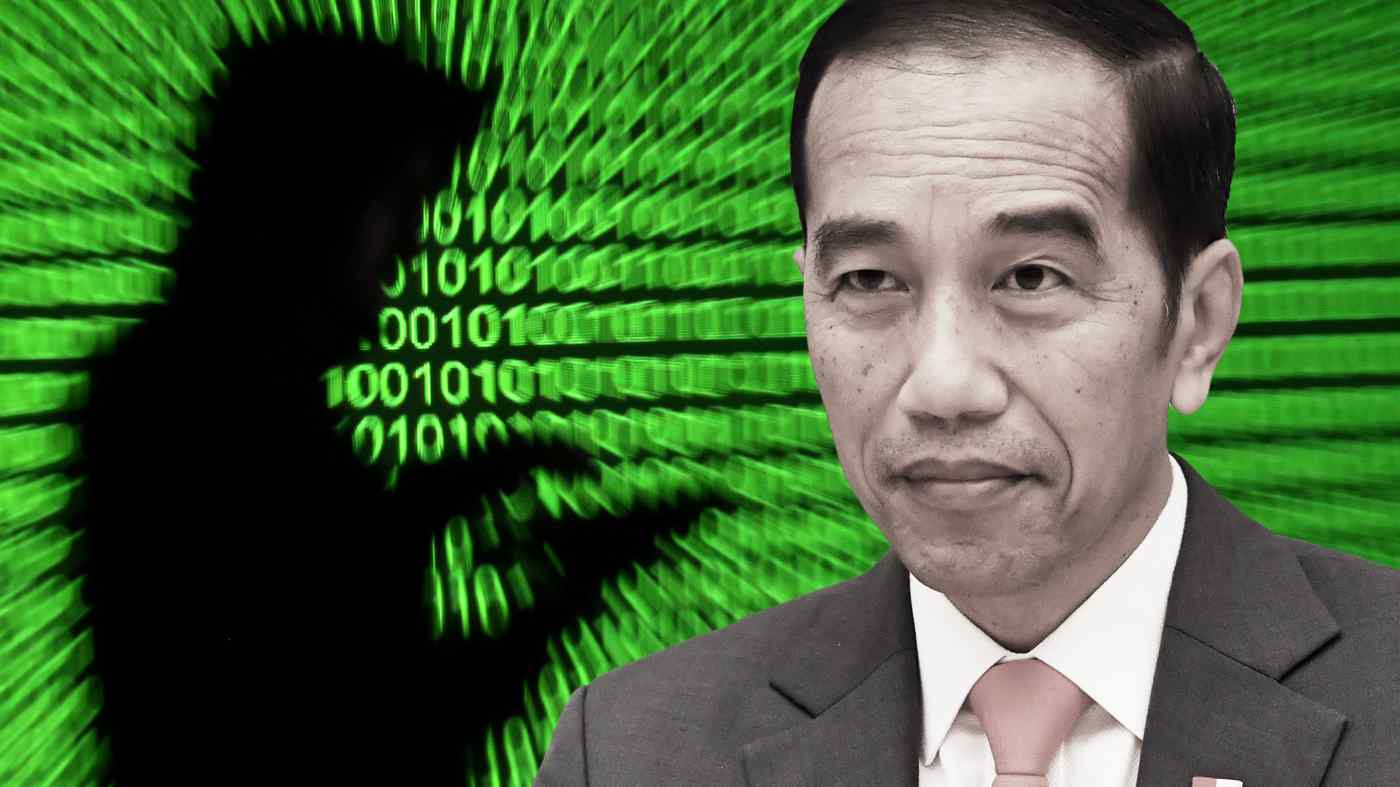 JAKARTA -- President Joko Widodo has ordered a review of a law aimed at cleaning up Indonesia's digital space, amid complaints it is being used to attack freedom of expression.

The country's electronic information and transaction (ITE) law, was passed in 2008 and revised in 2016. But activists say some clauses are ambiguous and prone to abuse, especially in areas such as libel, hate speech and online distribution of obscene materials.

Widodo last month ordered the national police chief to draw up clear guidelines on the enforcement of the law and hinted that problematic clauses in the legislation might have to be revised.

"Lately I've seen more and more people file reports against each other. But they have legal reference, including the ITE law," Widodo said at a meeting with high-ranking police and military officials on Feb. 15. "I understand that the spirit of the ITE law is to safeguard Indonesia's digital space -- to make it clean, healthy, civilized and productive. But the implementation should not create a sense of injustice."

A recent case involving former Deputy Foreign Minister Dino Patti Djalal brought the ITE back into public focus. Djalal last month reported a man to the police after the owner's name on the deeds to three houses belonging to his mother had been changed despite her not selling any of them.

Apparently displeased by the police's slow handling of the case, Djalal took to Twitter to identify the person he believed was behind the alleged scam: a man registered as the new owner of at least one of the houses. Djalal said he learned that the police had interrogated the man as part of a separate fraud investigation in November but released him shortly afterward, although three people alleged to have been working for him were still being held.

Using the ITE law, the man then twice reported Djalal back to the police, accusing him of libel, but he was ultimately named a suspect and detained over the alleged scam on Feb. 19.

"The syndicate made a big mistake in choosing my 84-year-old mother as their victim. As her son, I will do everything I can to fight them," Djalal, a former ambassador to the U.S., said in an Instagram video on Feb. 15. Although he is no longer in government, the former diplomat still has access to top officials, which led the police to move quickly to investigate the alleged scam and libel accusation.

While Djalal's connections may have helped him, in many other cases law enforcement officers have acted more swiftly in response to libel and other problematic complaints, while overlooking the alleged crimes that triggered the counterclaims.

This pattern reinforces the old Indonesian adage that the law is "sharp downward, blunt upward" in a country where the police force is seen as among the most corrupt public institutions.

In what many people see as a particularly egregious abuse of the ITE law, Baiq Nuril, a schoolteacher from West Nusa Tenggara Province, endured frequent obscene sexual phone calls from the school's principal at the time. After Nuril recorded one conversation and a colleague posted it online, she was fired and reported to police.

A district court acquitted Nuril, but the Supreme Court found her guilty of spreading obscene material. She was sent to six months in prison in 2018 and ordered to pay 500 million rupiah ($35,000) in fines, or spend an additional three months behind bars. Her appeal was rejected.

Following a public outcry Widodo granted Nuril amnesty in July 2019. Meanwhile, the sexual harassment case she filed against her former boss does not appear to be going anywhere.

"I didn't know where to go at that time, didn't know whom talk to about the problem that I went through. And it required so much struggle to prove that I'm truly innocent," Nuril told a webinar last month. "I really hope the law will be revised so no one will have to suffer again like me."

Last year, a state university lecturer in Aceh Province was sentenced to three months in prison after alleging in a WhatsApp group that the selection of new employees by his faculty board was corrupt. A journalist in South Kalimantan Province also received a three-month sentence after writing articles about a land dispute between villagers and a palm oil company. Both defendants were charged with libel under the ITE law.

In Bali, a musician got a 14-month sentence for hate speech after promoting conspiracy theories surrounding the coronavirus and calling the Indonesian Medical Association a "lackey" of the World Health Organization in an Instagram post. He was reported to police by the Bali chapter of the association. Although his social media posts may harm the government's efforts to curb the spread of COVID-19, activists say the sentence was too harsh.

The ITE law was invoked 119 times last year in cases involving freedom of speech violations, according to human rights watchdog Amnesty International, although freedom of expression is guaranteed by Indonesia's constitution. A total of 141 people were named as suspects in those cases, including 18 activists and four journalists. Many were charged after criticizing government policies, Amnesty says. The number of cases last year increased from 78 in 2019 and was the highest since 2014, reflecting in part the growing popularity of social media in the world's third-largest democracy.

The ITE law is seen as contributing to Indonesia's deteriorating democracy. A September survey by pollster Indikator Politik Indonesia suggests that around 70% of respondents were worried about expressing their opinions publicly. Indonesia ranks 64th in the Economist Intelligence Unit's latest democracy index released last month, and is regarded as a "flawed democracy".

"Elastic clauses in the ITE law have proved to be used mainly by people in power -- rulers, employers or [public] officers," a coalition of rights groups and other NGOs said in a joint statement last month. "The clauses ... are obviously problematic and have [been used to] convict many journalists, human rights activists and academics for expressing their thoughts, [despite the defendants] basing them on facts and [expressing them] in a dignified manner."

In response to Widodo's directive, the national police chief on Feb. 19 issued guidelines for investigators dealing with ITE cases. They have been told to prioritize persuasion and mediation, and to use legal indictments only as "the last resort," except in cases that involve discrimination, radicalism, separatism or are "potentially divisive" to the nation.

The communications ministry last week announced the formation of a Net Ethics Committee to spearhead an internet literacy drive, while the chief security minister said a team will study over the next two months whether a revision of the law is needed.

But the coalition of NGOs slammed the lack of involvement of "independent parties" in the team, raising doubts over the government's commitment to improving the law's implementation.