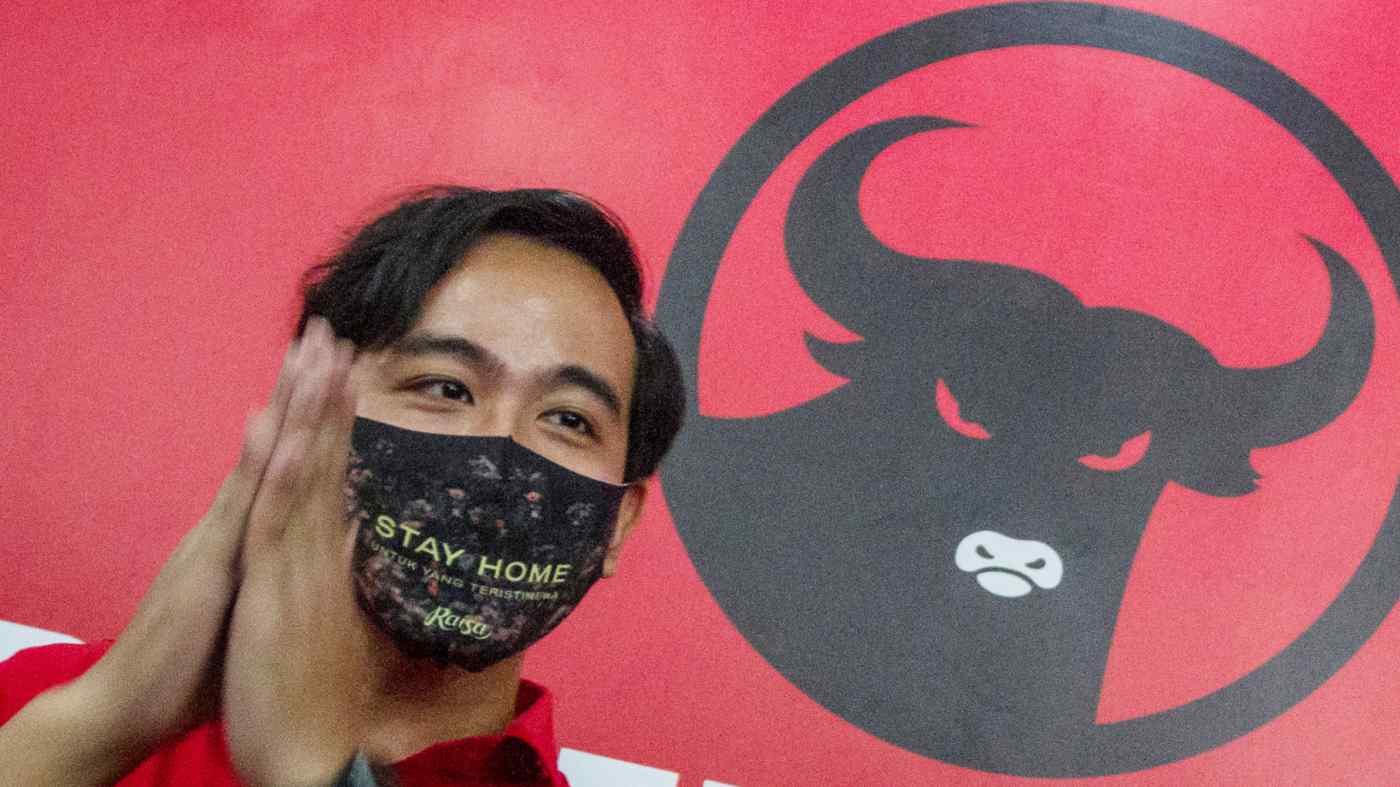 JAKARTA -- The eldest son of Indonesian President Joko Widodo is set to become the new mayor of Solo, a position that propelled his father into political stardom, unofficial results from regional elections show.

The president's son was backed by the ruling Indonesian Democratic Party of Struggle, which holds 30 seats in the 45-member Solo Legislative Council. Both he and his father are members of the party. His opponent was Bagyo Wahyono, a little-known local business owner running as an independent.

In Medan, North Sumatra, Widodo's son-in-law Bobby Nasution, looks to have won the mayoral race with 55% of the vote, according to quick counts from Charta Politika, a local pollster.

More than 100 million Indonesian voted Wednesday to elect nine governors, 224 regents and 37 mayors across the world's third-largest democracy. Official results are due by December 15th. When confirmed, Gibran will become the mayor of Solo in February.

Jokowi, as the president is called, is known as a "man of the people" owing to his former career as a furniture exporter. He was the first president not to come from a political dynasty or the nation's elite.

But critics are now questioning whether Jokowi is trying to build his own political family; a notion he wants to dispel by distancing himself from his son and son-in-law's political ambitions while denying any claims of a Widodo dynasty. 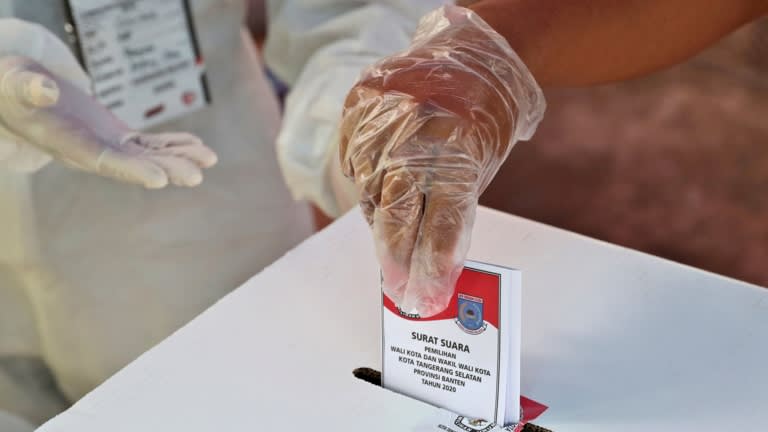 A woman wearing plastic gloves as a precaution against the coronavirus casts her ballot during the regional election at a polling station in Tangerang, Indonesia on Wednesday.   © AP

Widodo was not the only prominent politician with relatives running in the elections. So too did Vice President Ma'ruf Amin and Defense Minister Prabowo Subianto. The country's politics have long been characterized by nepotism, and the number of dynastic candidates was about double that of polls five years ago.

But while the president's son and son-in-law look set to forge political careers of their own, relatives of the vice president and defense minister appear to have missed out.

Rahayu Saraswati Djojohadikusumo, Subianto's niece, was running for deputy mayor of South Tangerang, Banten. She was up against Siti Nur Azizah, the daughter of vice president Amin, who was running for mayor with a different deputy candidate.

Quick counts by three pollsters showed both camps lost to the pairing of Benyamin Davnie, incumbent deputy mayor, and Pilar Saga Ichsan, who is related to a powerful local dynasty that has and continues to hold several high-ranking positions in Banten.

Another new dynastic candidate was Hanindhito Himawan Pramono, son of Cabinet Secretary Pramono Anung, who ran unchallenged in the race to be regent of Kediri, East Java. The position has been held by the same family for more than 20 years.

The brother of the agriculture minister and nephew of former Vice President Jusuf Kalla was running in the mayoral race in Makassar but appears to have lost.

Meanwhile, the sister of the manpower minister ran for vice regent of Mojokerto.

More than 100 dynastic politicians are taking part in this year's elections, up from 52 in 2015 regional polls, according to Yoes Kenawas, a doctoral candidate at Northwestern University in the U.S.

The elections were initially penciled in for September, but as the coronavirus pandemic wreaked havoc across the country, Widodo pushed back the date to Dec. 9. While COVID-19 remains rampant -- the country is the worst hit in the region -- Widodo has dismissed calls to delay the vote further, saying that would deny the people their constitutional right to choose leaders.

"The national implications of these local elections are modest, not least as party coalitions vary. So it cannot be interpreted as a clear referendum on Jokowi or his government," Peter Mumford of Eurasia Group said in a memo. "Furthermore, key governors eyeing a presidential run in 2024 -- Anies [Baswedan] in Jakarta, Ganjar Pranowo in Central Java, and Ridwan Kamil in West Java -- will not be up for reelection this year."

However, as the country saw the recent return of controversial Islamist cleric Rizieq Shibab, "the number of politicians elected on Islamist, as opposed to pluralist, platforms will be broadly indicative of the underlying level of public support for political Islam and an important watchpoint on wider political trends that could shape the crucial 2024 presidential race," Mumford said.