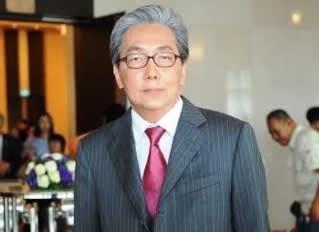 Somkid will replace Pridiyathorn Devakula, in an effort by the junta to speed up economic recovery, in the aftermath of the bomb blast at Erawan Shrine on Monday.

An official announcement is likely to be made late Wednesday.

Somkid has served as an economic adviser to the National Council for Peace and Order (NCPO), or the governing body of the military junta led by Prayuth. He has also been a civilian member of the NCPO since September 2014.

"Somkid has stayed with me from the beginning as economic adviser," Prayuth told reporters, adding that Pridiyathorn will fill the vacancy left by Somkid.

The two are known to be long-time, bitter rivals. Somkid was said to be the man behind Thaksin's populist economic strategies, being the co-founder of the Thai Rak Thai party in 1998. Pridiyathorn, who was Bank of Thailand governor during Thaksin's regime, had been a vocal critic of Thai Rak Thai.

There were rumors that Prayuth had been working on a Cabinet reshuffle in the past few months. Although more than a year has passed since the military staged a coup, recovery of the economy had been slow.

The deadly blast in the city center of Bangkok on Monday is seen to exacerbate Thailand's economic woes as the tourism industry, the only sector still to report healthy growth, is likely to be hit.

Somkid was also chairman of Saha Pathana Inter-Holding, a Bangkok-based investment company, but had resigned his role Tuesday apparently to prepare for his new position in the military government.