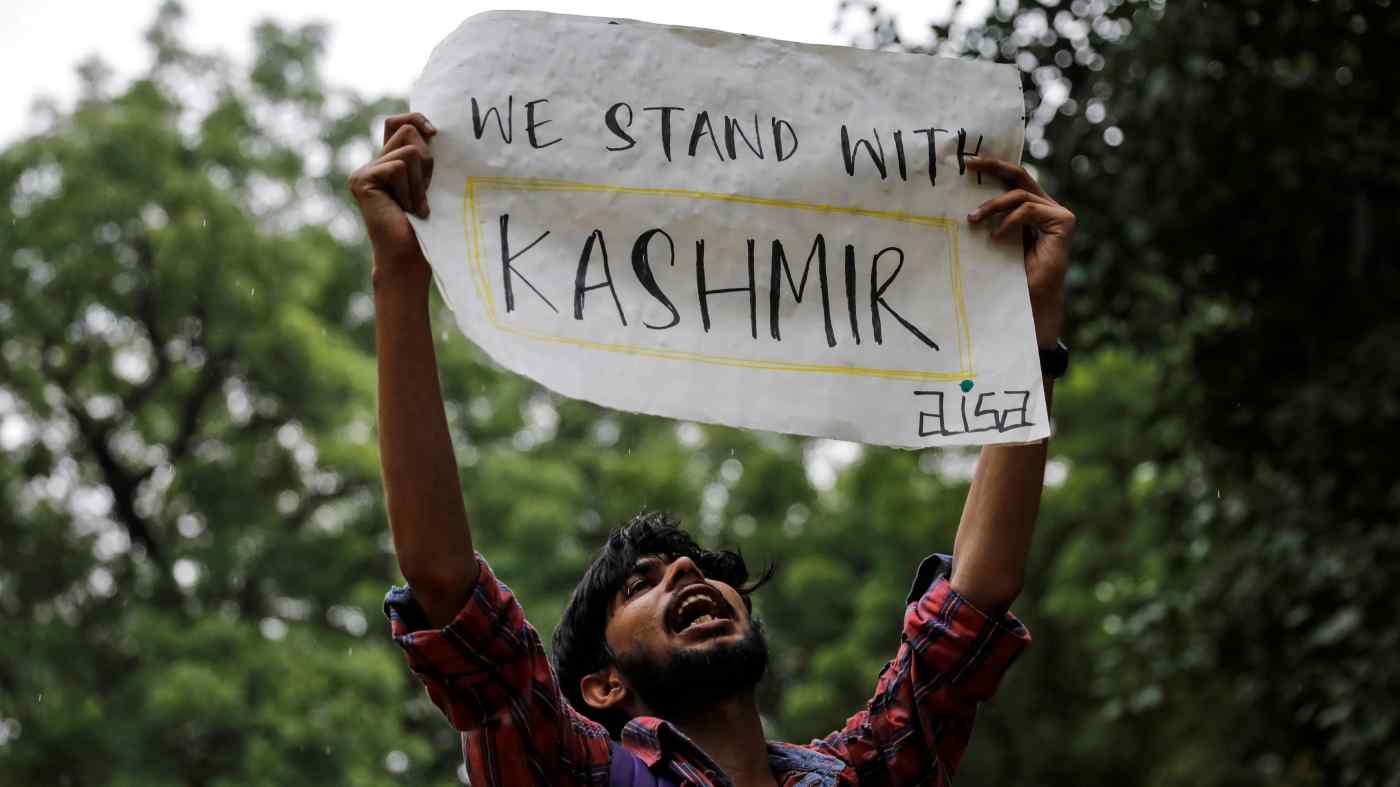 The government of Indian Prime Minister Narendra Modi has moved to scrap the special status given to Kashmir, which was implemented after India's independence in 1947.   © Reuters
KIRAN SHARMA, Nikkei staff writerAugust 6, 2019 22:58 JST | India
CopyCopied

NEW DELHI -- India has scrapped the special status given to strife-torn Kashmir -- its only Muslim-majority region, which remains a core problem in its troubled relationship with neighboring Pakistan -- in a landmark move to fully integrate the state with the rest of the nation.

The picturesque northern Himalayan region is in a state of lockdown as mobile, landline and broadband services remain suspended and a curfew imposed in some parts. This could be an attempt to prevent any backlash in the region following Monday's repeal of a constitutional provision known as Article 370, which gave Kashmir the power to make its own laws.