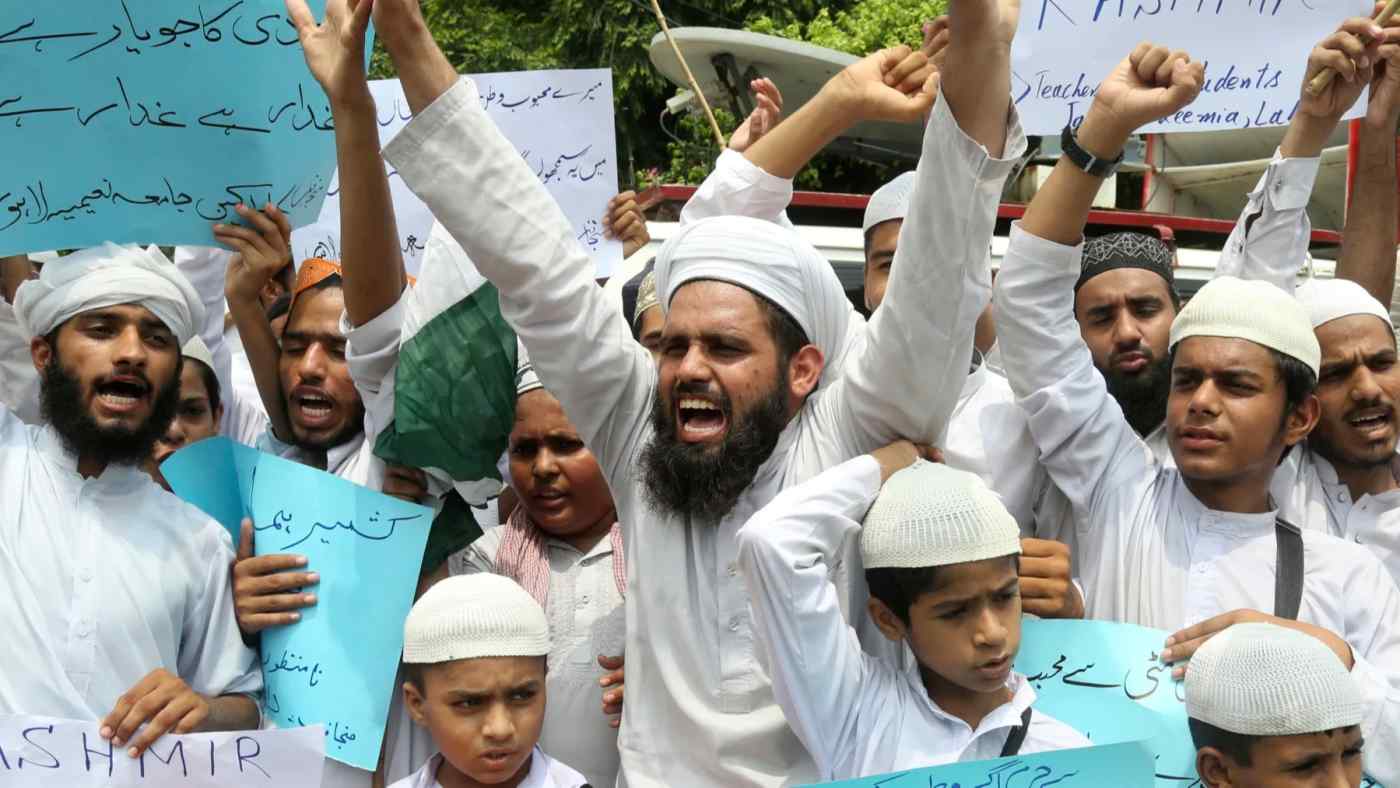 ISLAMABAD/SRINAGAR, India (Reuters) -- Pakistan said on Wednesday it would expel India's ambassador and suspend bilateral trade with its arch-rival after New Delhi stripped its portion of the contested Kashmir region of special status.

Neighbors China and Pakistan, which both claim parts of Kashmir, have voiced fierce opposition to India's removal of a constitutional provision that had allowed the country's only Muslim-majority state to make its own laws.